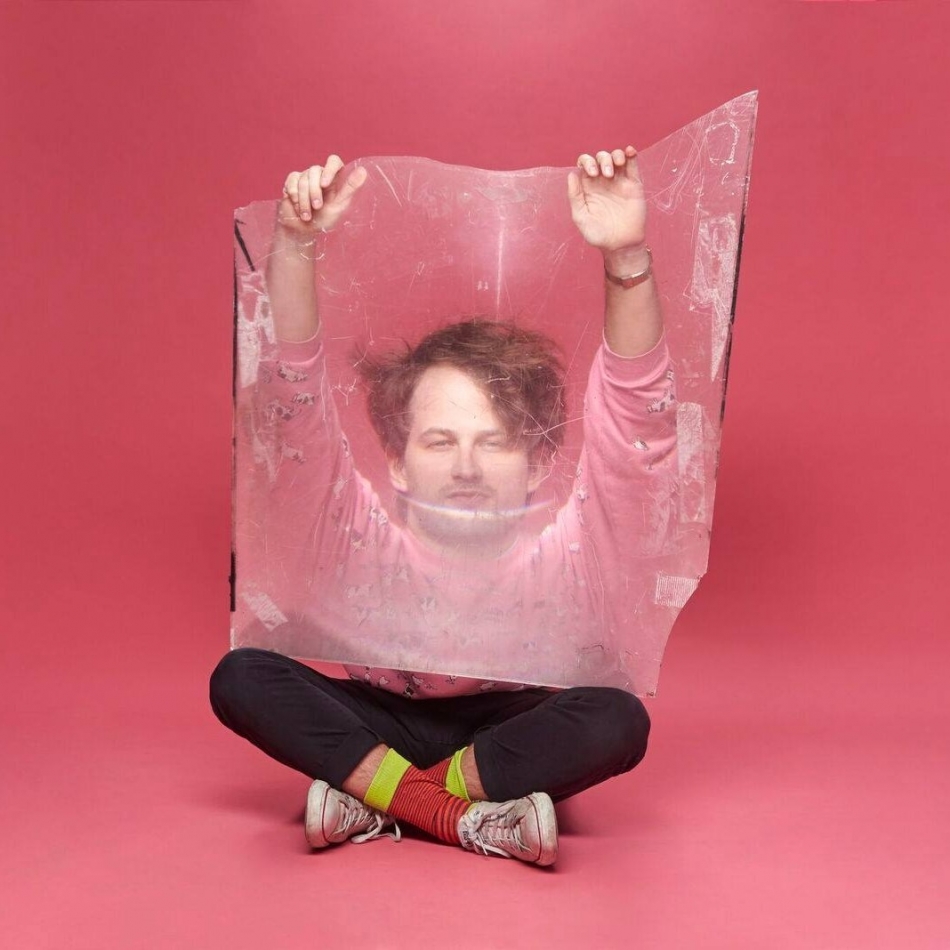 With the world on lock-down and the notion of stepping outside requiring constant consideration, Laser Background’s upcoming album Evergreen Legend is the light we need in our lives right now. Philadelphia-based musician Andy Molholt is no stranger to the DIY music scene considering his contributions to various musical projects over the last decade. Molholt cites Brooklyn’s thriving art community and now permanently closed music venue Silent Barn as to how he came to unite with like-minded musicians in the DIY scene, including Sadie Dupuis of Speedy Ortiz. After a bout of bands that petered out, the musician was itching to create and hone in on his own project. “I was about 24 at that point and I put a lot of time and effort into playing music and it felt like I was starting to make some headway”, says Molholt. “To do that and to have my first band [The Armchairs] implode on itself I was like, ‘I want to start a band where it’s just me and it doesn’t break up unless I want it to’. I moved forward with this mentality that I would have at least one project like that, but I would still have collaborations and play in other people’s projects.” Coincidentally, he had plans to make a mark in New York City for the longer term before the eventual crash of future plans due to COVID-19. “Right before quarantine hit, I was supposed to start renting a place there part time with my girlfriend, but I really like Philadelphia”, he states. “My price that I pay is that I pay the tolls, but I don’t have to pay for the cost of living in New York City.”

Grounding himself in the prospect of uncertainties, Laser Background’s Evergreen Legend combines equal doses of psychedelia and pop into a totally danceable 11 track record. Dealing with contradictory elements pertaining to self-confidence and self-doubt, Molholt routinely questions his individual state in a constantly changing world. Utilizing the help of his frequent collaborator and ex-Armchairs bandmate Michael Chadwick, his music video for “Getting Warmer” depicts an unsettling yet humorous computer animated severed head floating through images of public transportation and scenic nature, ultimately falling through the sky and finding his way back to his full form. Capturing the simultaneous anxieties and excitement of the future’s prospect of artificial intelligence is something Molholt regularly reflects on. “I think we’re awakening a beast and we’re projecting a lot of our own humanity on the potential intelligence we’re creating”, he states. “I think what scares some people is that the machine is just solving the world’s problems in a mathematical sense […] It’d be pretty easy for the machine to look at humanity and say, ‘that’s the problem right there!’, and just wipe everybody out (laughs).” With such a myriad of possible paths for AI to go down, Molholt contemplates themes of how technology interacts with humanity and what will become of these relations. “It’s like trying to explain to someone from the 1920’s what the internet is, and what the year 2080 will be like trying to explain to someone [now] what 2080 is like. I can’t even imagine what it’ll be like, and that’s why I find it endlessly fascinating.”

Sheltering in place has substituted Molholt’s tour he was scheduled to embark on for the spring and early summer, including dates for SXSW. Despite weeks of booking effort in light of his new album, he remains grateful for the things he does have. “April and May are two of my favorite months and I almost always have to miss that time in my own town”, he mentions, a reminder of the realities of the touring lifestyle. The ability to work one of his jobs from home as well as receiving funding relief from organizations such as MusiCares has aided in making quarantine times more manageable, as well as the flexibility to create music from home and his participation in a weekly songwriting club initated by Coughy bandmate Nick Llobet that has been occurring well before COVID-19 started. “I’m playing a game where I’m trying to trick myself a little bit, telling myself [things are] okay”, he laughs, “and that has helped me. I’m trying to look at the bright side but also trying to use this time period to lean into aspects of my life that I’ve been meaning to improve.”

You can pre-order Evergreen Legend ahead of it’s May 1st release with revenue shares waived by Bandcamp here.