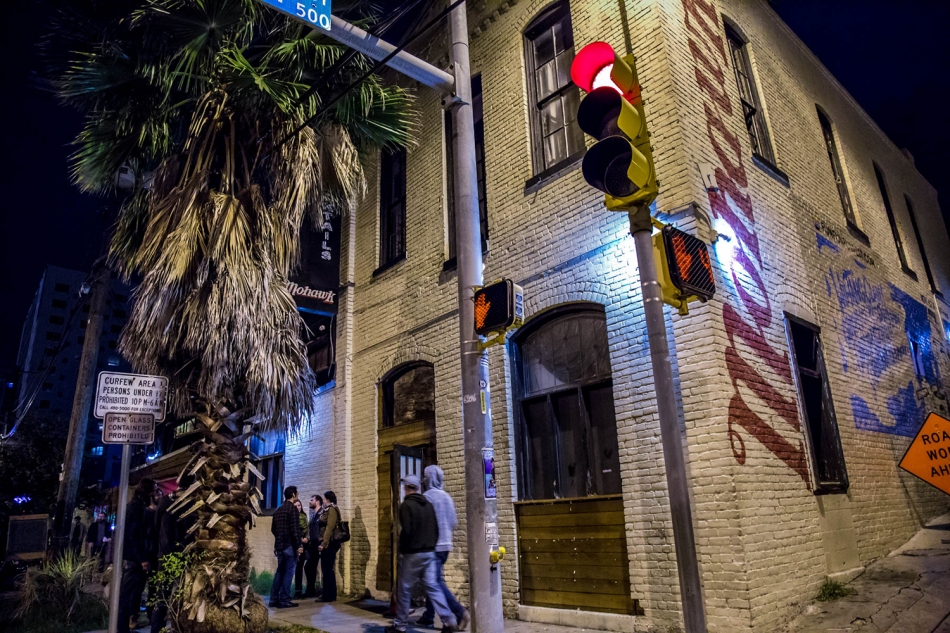 In a technology-saturated society, it’s easy to overlook the importance and fragility of our community’s physical spaces. They are places where we gather to celebrate, to connect, and to collaborate. They come to fruition out of someone’s passion-fueled dream and allow intimate relationships with like-minded individuals to grow and become a part of that vision with the same enthusiasm. Yet in rapidly gentrifying areas, small business owners have faced increasing and overwhelming struggles of running a physical space by attempting to keep up with the rising costs of their respective city, hustling to pay overhead and make ends meet, combined with the competition from mega-corporations to stay afloat. With 2020 adding a global pandemic to the mix, the question of “what now?” has felt looming and insurmountable.

In Austin, Texas, many local businesses initially relied on the short term benefits of rallying together for fundraisers, auctions and financial relief grants, but many have had their doors shuttered since mid-March. Austin Film Society, founded 35 years ago by filmmaker Richard Linklater, operates as a catalyst for burgeoning filmmakers and its film community to collaborate and orchestrate exceptional programming and screenings. They’ve since had to adjust their in-person events and guest speakers to the virtual realm. “Between our virtual film screenings, online Zoom discussion club and classes, we've been able to stay in touch and continue bringing film culture to Austin”, says Austin Culp, the Director of Marketing at AFS, though he adds that the online discussions are distinctively lacking the camaraderie and conversational dynamic they once had. The majority of live music venues have also ceased to open to the public as tour routing has halted and the music industry at large suffers from a dire need for financial relief. “We haven’t been able to find any kind of responsible way, for both staff and guests’ safety, that we could feasibly open our business”, remarks Mikey Wheeler, the general manager of Mohawk located downtown in the Red River Cultural District. 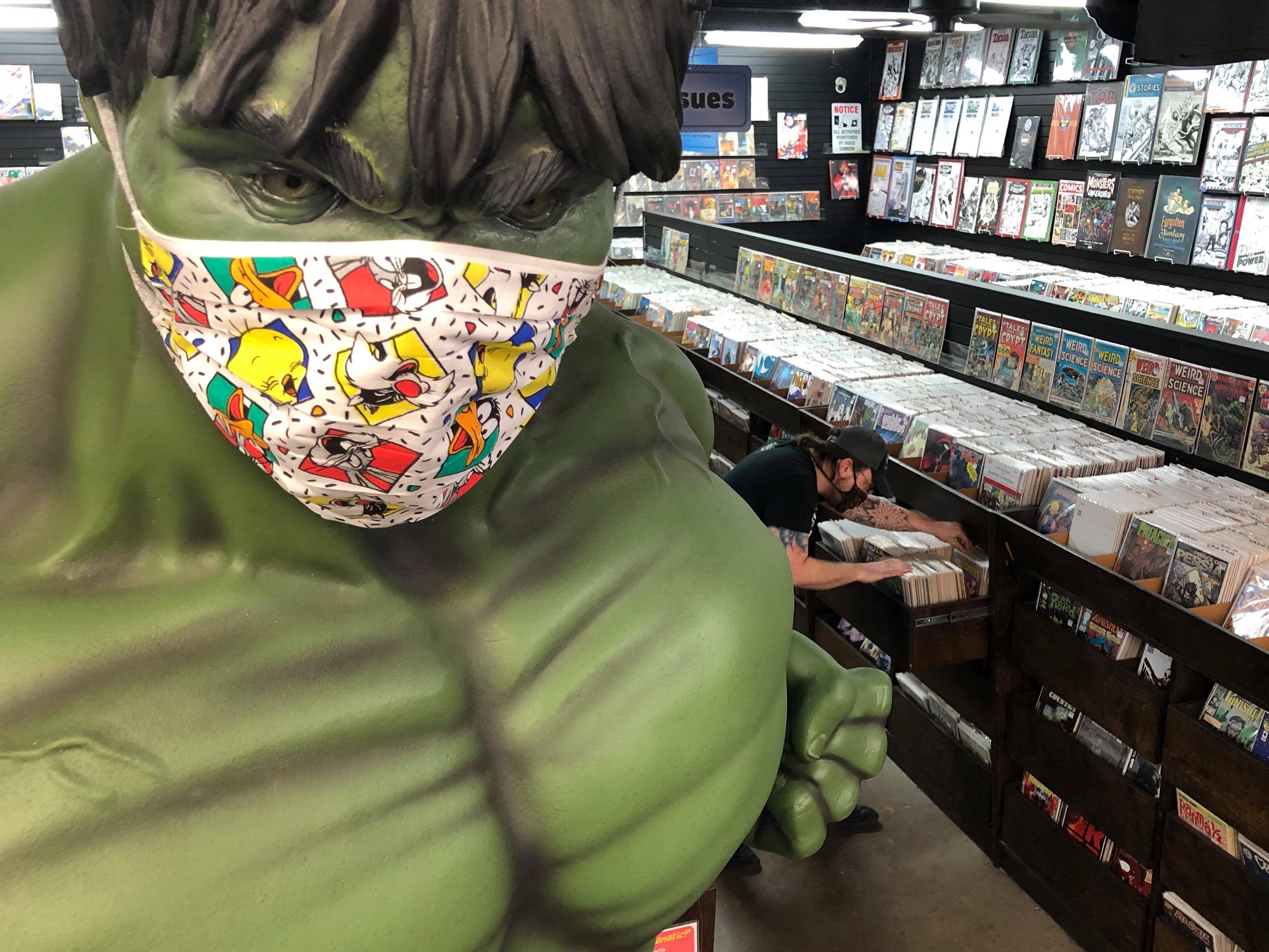 Other small businesses, such as Yoga Pod and Austin Books & Comics have been able to operate in person, though at a limited and restricted capacity. “During the first several months of the pandemic, we had to quickly switch all of our classes over to a virtual format”, says Stacie Hawkins of Yoga Pod. “This was a challenge as I was not really familiar with using Zoom and we had 75 classes we had to move online”. Once the city allowed for in person participation, her team had to meticulously add safety measures to their classes and met with local health authorities for the safest ways to proceed. With zero COVID cases reported since their space opening, they have continued to offer in person classes (with a maximum of 11 participants to a room) as well as online classes depending on students’ comfort levels. “Our goals since closing in March and reopening in June continue to be to cultivate and grow our community, and to provide yoga and fitness classes to everyone safely and effectively”, Hawkins asserts. “We know how important it is to maintain physical and mental health, especially now, and we want to continue to offer a versatile, fun and fresh approach to wellness for everybody and every BODY.” Austin Books & Comics, located in the north central part of town along with affiliate shops Guzu Gallery and Outlaw Moon Games & Toys, prides themselves on overcoming the stereotypes associated with comic book stores. “We want to be known as a place that is welcoming to all, where anyone and everyone can be themselves and find their favorites - whether that’s Batman or Mariko Tamaki”, says manager Brandon Zuern. Following capacity protocols and offering other fun shopping experiences in their shops within the same block, they have also struggled to maintain their spaces as they once did pre-pandemic. “We had to close our discount satellite store because a raise in rent made it no longer as profitable as it needed to be”, laments Zuern. “Austin is ever-changing, and that was a lesson in how rising costs can make a space you care about no longer viable. Even though it was loved by a lot of fans.” 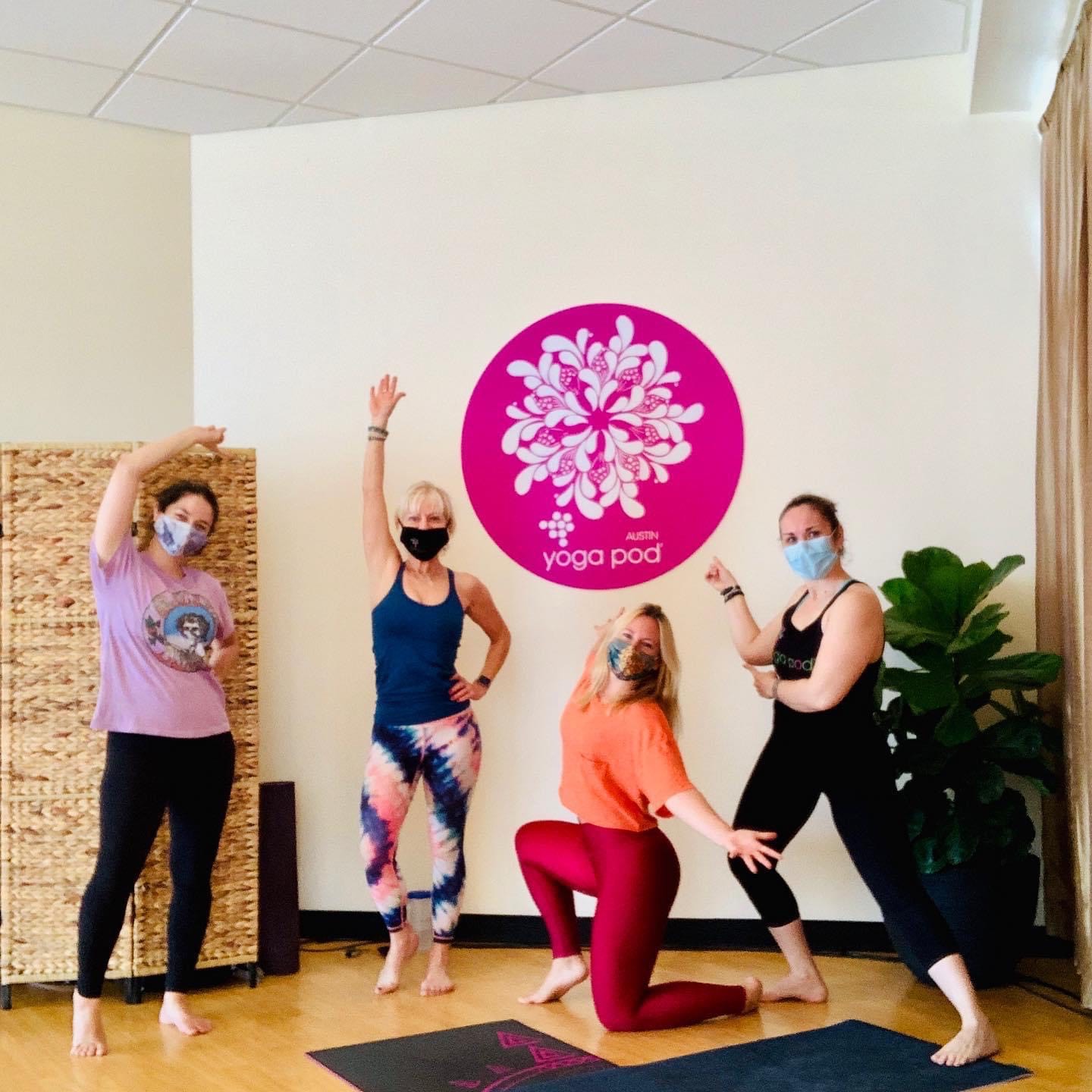 In the health and wellness field, physical spaces are a prominent reminder of how important it is to cultivate that physical connection and presence with your body. “When our classes went entirely virtual back in March, one of the things everyone missed was the presence and energy of every student in the lobby and in the classroom”, states Hawkins. “The buzz from the energy of every person was such a precious thing that was sorely missed during the virtual classes […] As a teacher, instructing virtually has been pretty stressful as I am unable to see a majority of my students and if they are able to follow along — it is difficult to tell if what I am teaching is helping them or hurting them. I always want my teachings to be healing, helpful and fun, and never want to cause pain or frustration which is why only seeing a black screen is so hard.” Other special events, like in-store signings and Free Comic Book Day, which normally sees a turnover of 3,000 shoppers for their festivities, has been a blow to retail comic shops. “I’ve spoken to a few regular customers that cited FCBD as the reason they got back into the hobby, or that they started shopping with us because of our event”, says Zuern. “We’ve had the comics that were created for this year’s event out every week since summer, for free, but it’s just not the same without the carnival-like atmosphere.” Mohawk has since teamed up with a small number of third party companies for music and video shoots on their stage, but has refrained from operating on a virtual live-streaming level. “I really think that the energy that an audience creates within a physical space, I don’t know how you could replicate that virtually”, poses Wheeler. “It doesn’t really matter what genre of music you’re playing or what band is on stage, when a group of people come together to appreciate the same art, it’s something special […] I have no idea how to replicate it. If I did then it would be the best drug known to man, in my opinion”, laughs Wheeler. Creating attendance for events and screenings in the virtual realm, however, does leave behind the boundaries of proximity to those that only live in your city. For AFS, this has proved to be beneficial in reaching a wider audience. “When you break down that physical barrier of having people in person, you’re really able to expand your reach to those all around the world who are interested in what we're doing”, reminds Culp. 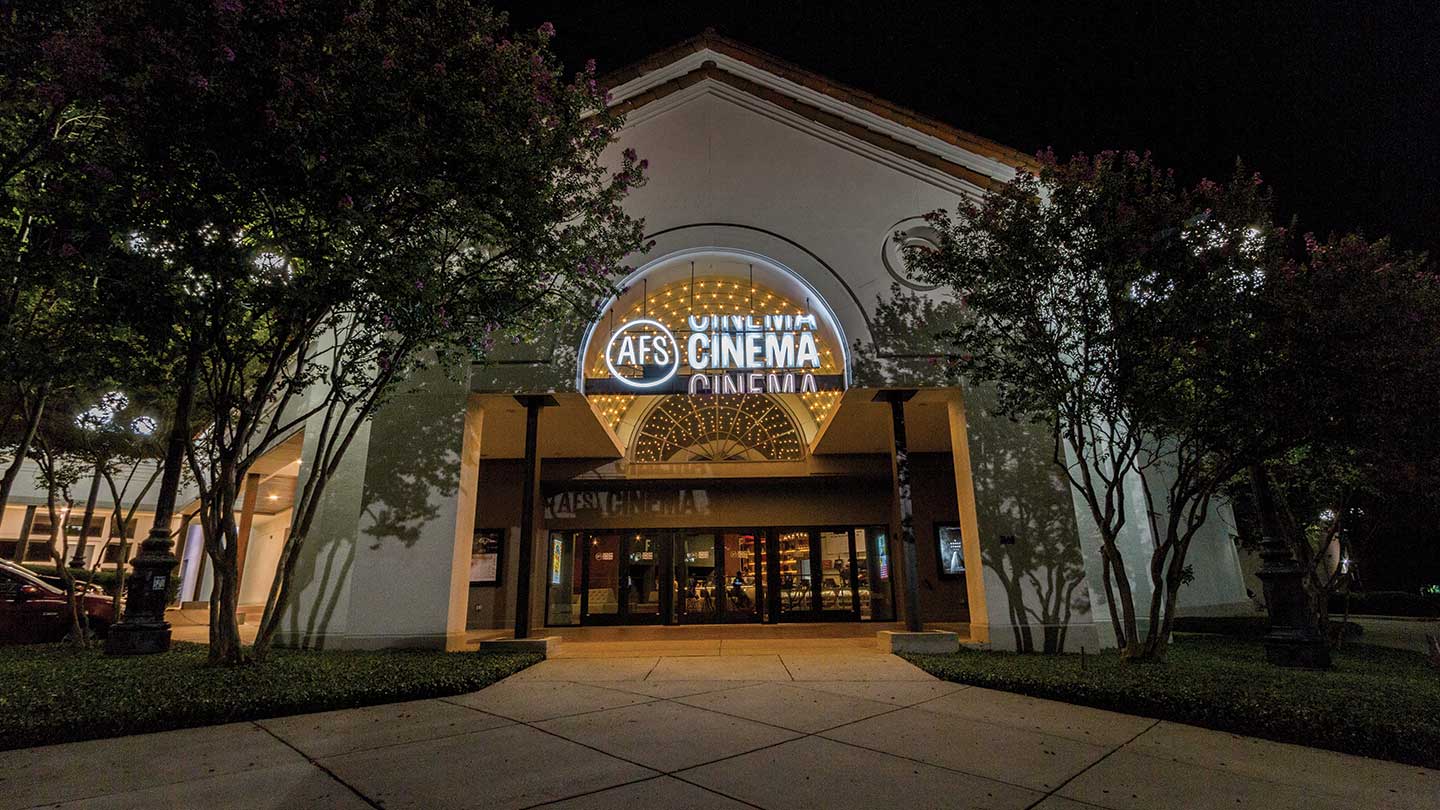 With so many small businesses closed or restricted for the foreseeable future and struggling to plan ahead for the long term, the myriad paths that they have had to drastically acclimate and adjust to have proved how creative and innovative the minds behind these spaces can be. Places like Austin Film Society have used the extended closure period to focus on doing work to spring forth as a stronger entity and to better serve their local community, yet nothing has been more palpable than the realization of how much we miss our beloved spaces and how easily they can be swept away from us. It falls to the collective whole to be able to provide intentional means for how we can support them today and continue to support them further down the road. “A good shop becomes a community”, states Zuern. “Friends come in and shop together. I’ve seen many couples making our shop a part of their dates! Old work pals have little mini-reunions, inadvertently discovering they both liked comics this whole time. And I’ve made so many excellent friends from our pool of customers and employees. I’ve seen families grow, and I love that we’re a part of their weekly rituals.” Wheeler’s sentiments mourn the loss of the music industry and how vital live music is not just financially for his business, but mentally and emotionally. “These physical spaces, especially artistic spaces, they’re all run from top to bottom by people that are passionate about art and about creative experiences”, he says. “Having had a few shows where there have been bands onstage, I’ve recognized exactly how fortunate I am to have those little pieces, as empty as they are when the songs stop on stage and there’s no applause, I’ve still been able to see a couple of live sets here and there, and I don’t ever want to take these live performances and physical spaces with a thousand of my closest friends for granted ever again. We miss our friends and our fans, and it hurts.” Hawkins reiterates the value of being vulnerable and taking care of one’s mental health that has come out of these physically-distant times. “Many students and teachers have been very open about their personal struggles, as well as triumphs and losses, during this time and we all want to see one another thrive, and that has become more palpable than ever.” Despite the inherent tumultuous nature of a global pandemic, there are still concrete ways you can uplift your local businesses, from buying a ticket to a virtual screening or a membership for yoga classes, donating to organizations like NIVA who provide financial aid to independent venues, or purchasing a giftcard for your best friend to pick out the graphic novel of their choosing. “And please wear a mask correctly”, reminds Zuern. “We all need to actively work at keeping this thing under control. Plus, it makes you look cool and mysterious, like the Winter Soldier.”