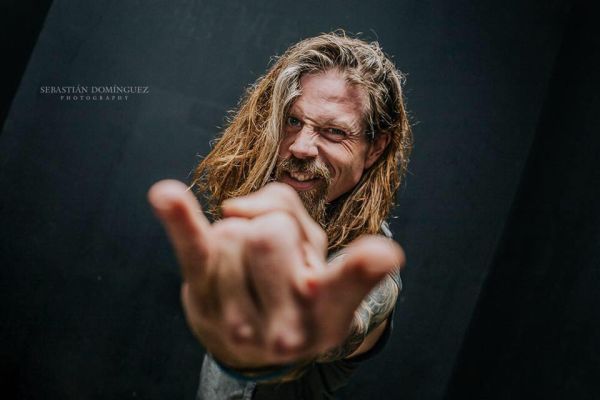 The renowned musician offers his candid and cautiously positive views on how to help change the world for the better.

Renowned Grammy-winning musician Chris Adler is the founder of and drummer for heavy metal titans Lamb of God (1994 – 2019), and he recently started up a new project in the form of the hard-hitting metal outfit Firstborne. Adler has also been a member of Megadeth, playing percussion on the band’s 15th album, Dystopia, and going on tour to support that LP.

The notable India-located Pradham recently released the album Rock the Highway with his band Girish and The Chronicles. Myrone is a prolific producer and guitarist based out of LA who pioneered the ‘soft shred’ genre and has released numerous solo and collaborative records. Well-known LoMenzo was a member of multi-platinum act White Lion in the ‘80s and continues to share his talents in other groups including Megadeth, Slash’s Snakepit, Lynch Mob (with George Lynch on guitar), and Zakk Wylde’s Black Label Society.

Firstborne released their debut record, an impactful self-titled EP this past June. The EP is filled with passionate anthems that not only rock out and shred, but also offer up much food for thought about the unstable and unequal times we live in. The band brings all listeners together to believe in the power of (positive) change – and the power of music.

Adler generously took some time out of his schedule to participate in our ongoing Protest Interview series.

This is Chris Adler. I’m fortunate to be a professional musician. I’ve played with many bands over the years, but am likely best known for starting the band and my playing with Lamb of God. My new band, Firstborne, released our debut album earlier this year and have a ton of music coming out over the next few months.

There is a plethora of concerning issues in the world today. Hunger and human rights are two things that should trouble us all. It’s unfortunate that the professional wrestling of the rich (politics) takes away shelf space from such basic inequalities.

My band Firstborne has a song called “Anthem” that sticks out to me in this regard.

Possibly a bit biased since I played with the band for some time, but the song “Washington is Next” by Megadeth is both a reminder and a warning of what has, is and will be.

“Washington Is Next” audio by Megadeth:

While I do appreciate lyrics like those, I’m also a big fan of instrumental music and the ability it gives me to imagine. A band like Cloudkicker, for example, provides a soundscape for my imagination and inner thoughts.

Music, by nature is a way to connect with other people. It is base communication and we should use it to inspire and challenge.

Raising my children. That may sound odd, but education is the key.

I volunteer with a group called Habitat for Humanity that helps people in need in many ways. The WFP (World Food Program) is also doing an incredible job at providing food, and importantly food security to almost 100 million people a year.

My family, and a simple smile from a stranger. It doesn’t take much to connect with someone else, regardless of background, religion or color. Strip us down and lock us in a room and I’m confident we will find a way out before we kill each other.

You can check out my new band Firstborne on Spotify:

And check out our website for merch and records: