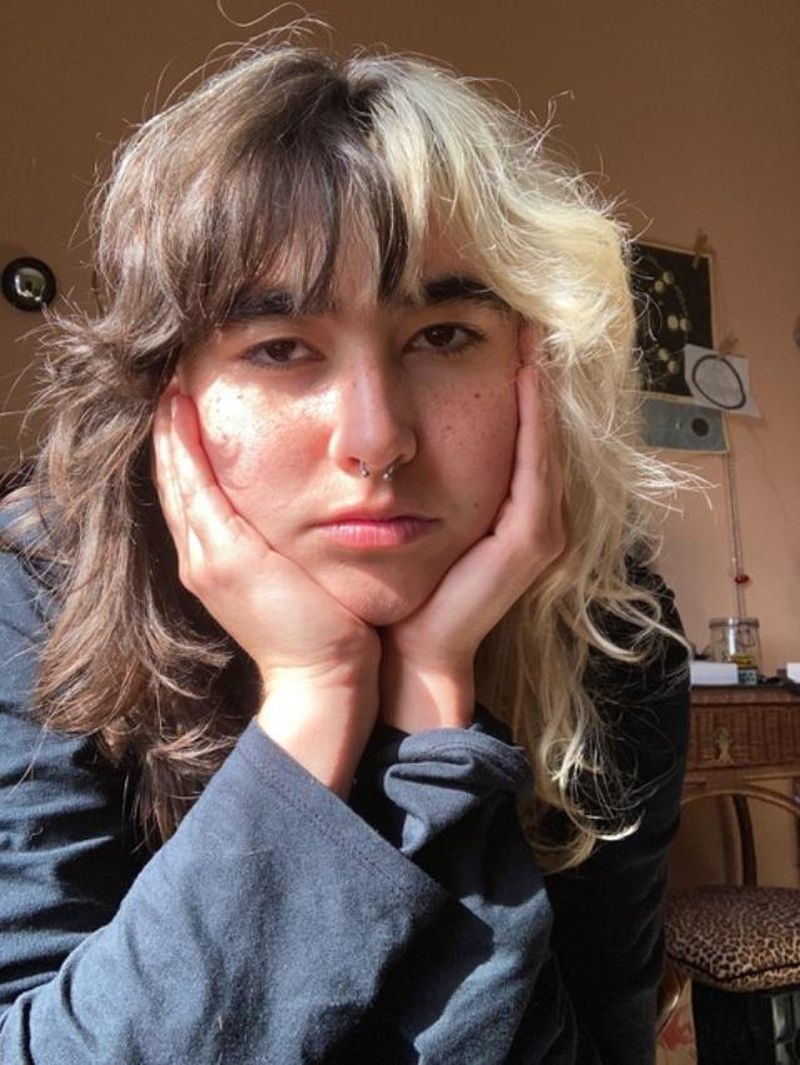 Destroy Boys have been making big waves over the past few years with their raw, raucous, and lyrically relevant music and energized live shows.

More recently the band added drummer Narsai Malik to the lineup and signed to CA label Hopeless Records. Destroy Boys have played gigs from the California coast to the UK, whipping up a sonic frenzy that translates to the appreciative audiences.

Destroy Boys unleashed wild single “Muzzle” this past February, which was produced by Martin Cooke (Death Cab For Cutie, Of Monsters And Men).

The track is a sample of what’s to come on the band’s next album that will be co-produced with Will Yip (Quicksand, The Menzingers, Mannequin Pussy).

Alexia Roditis kindly took the time to participate in our ongoing Protest Interview series. Her enthusiastic, and thoughtful, and detailed replies are heartening – and make one hope for a better future for all, with much work to do and understanding to achieve, of course. But it’s worth the effort!!

Hi! I’m Alexia and I sing and play guitar in Destroy Boys. I use she and they pronouns. Our sound...well, it’s like if you took acoustic songs and made them into rock. Melodic, but hard and influenced by punk. 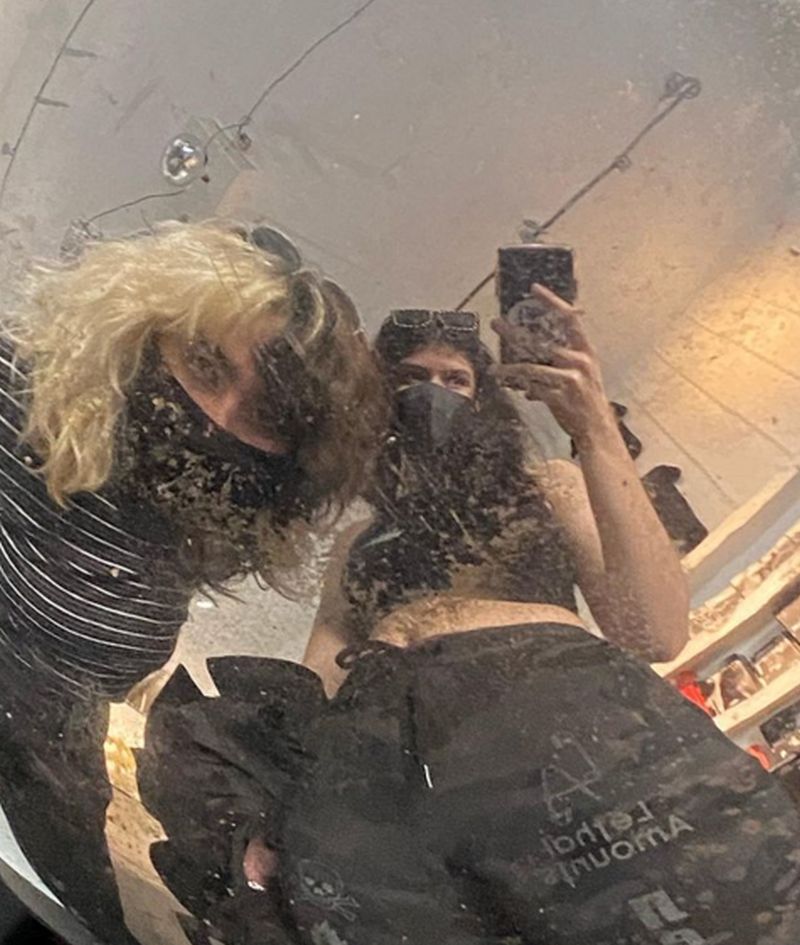 Damn, the issues most concerning me... There are a lot. I think the first thing that comes to mind is LGBTQ+ people and our safety. As a queer and nonbinary person, the acceptance of queer people and trans people is really important to me.

I also care about abolition of the police and criminal justice system. Imagine what sort of life we could build for people if we took money away from the police and the military and redirected it to communities in need.

Toxic masculinity is also something I concern myself with, like the ways everyone perpetuates patriarchy in their community and in themselves.

I mean, I think a lot about how everyone perpetuates racism and sexism, regardless of who you are, because, at least in the US, everyone is ingrained with these racist [and] sexist colonial beliefs from when you’re little.

Schools don’t teach kids about what colonizers really did (steal land and commit genocide against Indigenous people, suck Africa and Central and South America dry of their resources, enslave people, and so much else).

I guess I am concerned with systems of oppression and how they influence each other, and getting the real history out there. I care a lot about education, because I think things would be different if people were aware of how these structures came to be and how they worked.

I also really care about mobilizing fellow white people to care about racism. White people can do a lot, and they choose not to because of “white guilt” and whatnot… I used to feel that! But now I’m over it because it’s better to mobilize and actually DO something than sit around and feel “guilty.”

One of the ways people can do this is through mutual aid, which I think is awesome. Mutual aid is basically redistributing funds to people who need it, no strings attached. It’s fucking cool, and a really easy way for white people with money to use their privilege.

In the more personal sense, I really care about breaking patterns of addiction and unhealthy behaviors. I grew up in not the best environment psychologically, and have been unlearning a lot of what I saw growing up. It’s really fucking hard and takes active work, but it is really worth it.

What song, video, or lyrics quote of yours best represents your current viewpoint on at least one of these important topic(s)?

“Vixen” is the most notable song about being queer. It’s an oldie but goodie. We have a new song that showcases my feelings about the police... but you’ll have to wait for that one.

I think “Fences” really reflects my personal journey of unlearning toxic behaviors, or more so learning about my own patterns in relationships and breaking out of that.

I really love “The Revolution Will Not Be Televised” by Gil Scott-Heron.

To me, when I think of, “the revolution will not be televised,” it means a lot of things:

One, that the media will not show us the revolution. The media works for the wealthy and those in power. You can see this today with protests against police brutality. So often the news chooses to focus on the occasional violence that breaks out at protests (which also often are incited by the police being fucking violent), people loooove to talk about how protests are riots, when most of the ones I have been to have been peaceful, and even when there’s graffiti and stuff, it’s a handful of people, and people themselves don’t get hurt until the police get involved.

The other meaning I like to apply to this is that the revolution starts in your head. Change and education will not be broadcast on mainstream media. You have to

I go to protests in person when they’re happening. I call my senators and other people in politics to tell them what I think - haha. I talk to my family and try to use my platform on Instagram to talk about these issues (but I really dislike how social media makes me compare myself to others, so I’ve been trying to get further away from it), and I talk to strangers about social issues. I try to be vocal about it in general.

I redistribute my money to houseless people when I’m out and to mutual aid funds when I can afford it. I exist as a queer nonbinary person, [and] I exist as a woman with hairy legs and whatever, which some people interpret as a protest - LOL.

I buy art and listen to music by POC, women, and queer people, and try to support them how I can. 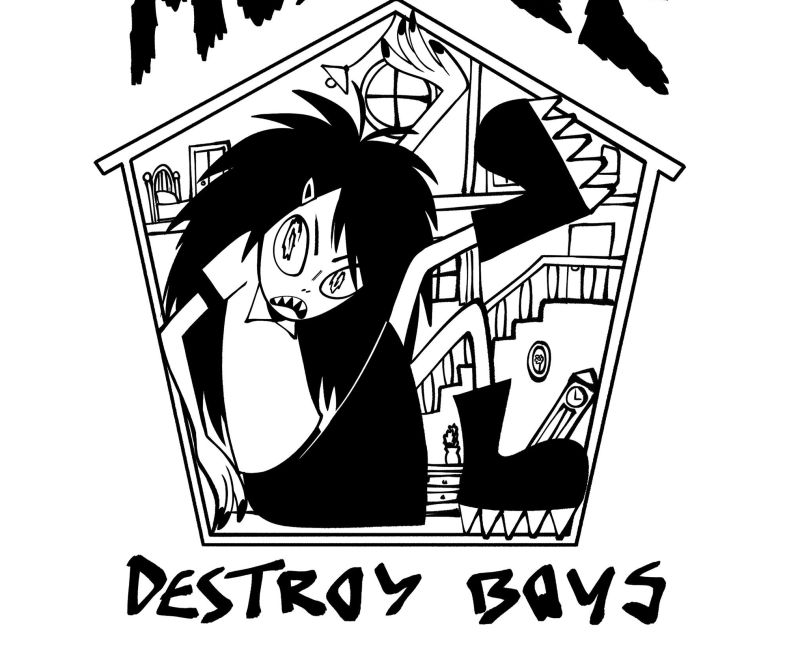 Honestly though, I’d say find some organizations local to you and get involved with them. I feel like a lot of people are like “I don’t know what I should do.” Well, there are tons of organizations out there that really need people to help them out, and will have things for you to do!

Get involved in something local that you care about. And also send money to people’s Gofundmes and Venmos when they’re asking for it! It’s so direct and immediate and can really help people out.

Also, EDUCATE YOURSELF! There are countless accounts on Instagram alone that will tell you how to be a better ally and explain systems of oppression. Seriously, like Google your questions about racism and sexism and whatnot, and learn some shit!

What gives me hope is seeing my parents change their minds about things, and seeing people around me be so progressive and become more radical. It’s great. Talking with my friends gives me hope too, because we all have such big ideas for what the world could look like. It makes me happy to know I’m not alone in that.

Where can we purchase/stream your music and find out more about you and your music?