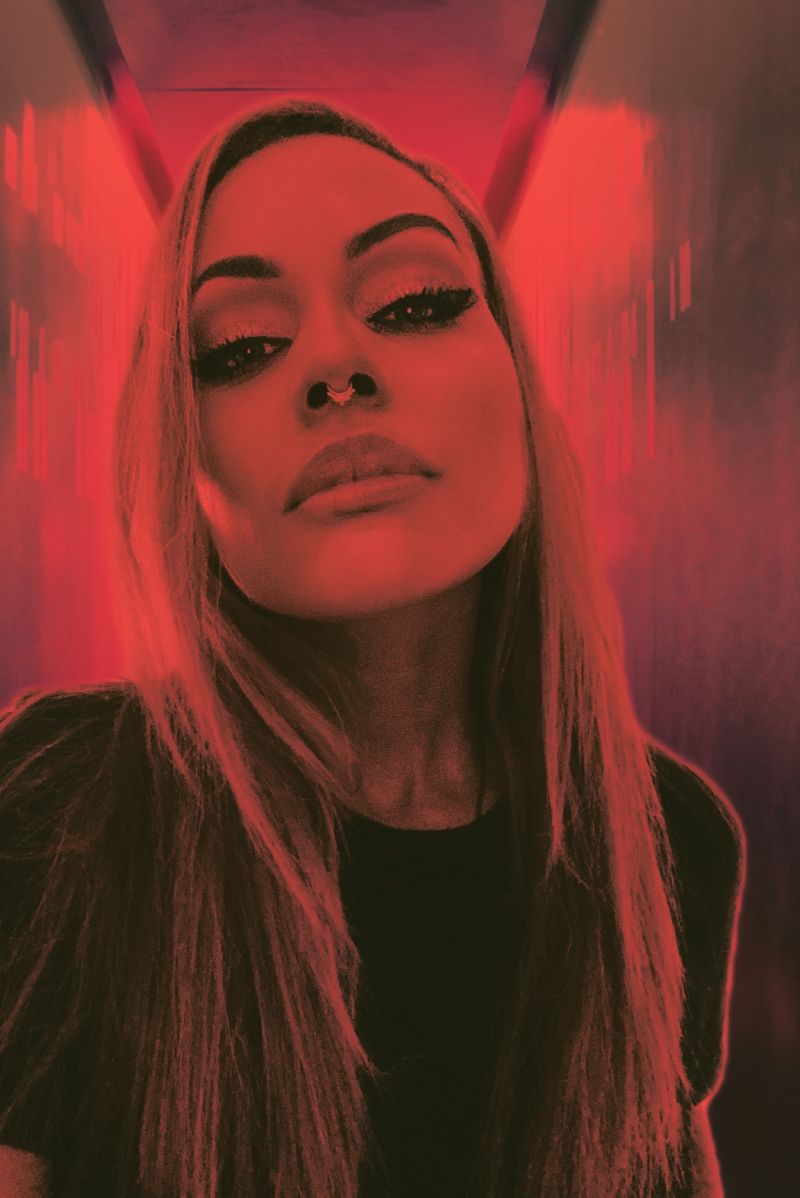 Lindsay O. of death/slam metal outfit Eyes of Perdition and other projects speaks out about relevant issues.

The vocalist is also in other music-related projects, but right now Eyes of Perdition is her focus, with the band’s new album, the socio-politically and sonically searing Incendiary Truths, releasing this Friday, August 13th.

The LP can be pre-ordered at Bandcamp: https://eyesofperdition.bandcamp.com/album/incendiary-truths

Eyes of Perdition are a bit different from the usual death metal or hardcore act, using their lyrics as a platform to create awareness about current issues and to promote self-improvement.

Lindsay O. explains, “Triumph over the self is a big part of my experience — learning to embrace inner darkness and transform it into something that empowers and informs your life.”

Eyes of Perdition recently unveiled an intense live performance music video for the visceral and slammin’ track “When Deeply Ingrained Traumas Spill Forth Like Maggots in Carrion.”

Find out more about Lindsay O. below:

Hello! Please introduce yourself and give description of your sound/musical vision.

Currently, I am the front person in a death metal / slam metal band called Eyes of Perdition; I am also a part of a dream team of musicians in a dissonant death metal outfit called Coma Cluster Void.

I have a solo project called NATALIA, which is ambient, low-fi, electronica music.

There is so much going on in the world right now it's almost bewildering. I would say chiefly, I am concerned with misinformation, narcissism, and rebellion against progress and inclusivity.

The prevalence of digital communication makes it a lot easier for those with political agendas (across the spectrum) to manipulate the message, skew perspectives, and coral people around half truths.

We have seen that a lot in the US, where misinformation over the last few years or so on social media channels has cost people their literal lives. Not enough has been done to stop this - these big enterprises want the user counts (here's looking at you, Facebook) to continue to collect user data for their advertisers. It's a money grab. It pisses me off.

That, and rampant narcissism. I think culturally, we've allowed narcissism to become the norm. Thinking of the "self" as the end all and be all of the human experience rather than seeing how the self fits into the whole is dangerous.

That narcissism inflates itself into hubris and dictating who is allowed to literally exist with dignity (fuck police brutality, fuck transphobia, fuck homophobia, et. al.). It's all very sick.

My life-long dedication to veganism, living in harmony with the natural world is what I've committed to in this life. I strive to harm none. It's not always easy, but I see the inherent value of all living, conscious creatures, and I believe I have no right to take the life of another or live off of the spoils of a life that was taken or abused.

The latest Eyes of Perdition songs definitely tackle and address many of these issues, but our current release, Incendiary Truths, really confronts the shadow aspect of the human experience - to take responsibility for your darkness. The song "For Natty Ice" most directly addresses this in the lyrics:

“My optimism wears heavy boots and is loud.” - Henry Rollins

This pretty much sums up my attitude these days!

I think I am naturally inclined to resist anything that challenges my dedication to being the best person I can be in the world. So, my act of protest is to question everything. I don't take most things at face value - I want to dig deeper to understand the context and the intention.

Being a critical thinker is crucial these days. “Do not believe it simply because it's written in words,” as it goes.  That, and again, I refuse to participate in any system or social construct that is built around the abuse of another living creature or anything that is centered on displacing others.

Name an action to take, or an organization that would be worthwhile to contribute to, for your cause.

I suppose the fact that I do see a critical mass of progressive minds emerging in the wake of so many years of disillusionment gives me hope. People are waking up and rebelling against the intellectual paralysis that is piloted by the media in its many forms.

People are taking to the streets to protest police brutality, calling out their shitty xenophobic neighbor, etc.  - They're standing up for each other in the streets. The rage behind the movement is passion - it's hurt, fear, and exhaustion, but it's passion for change. That gives me hope.