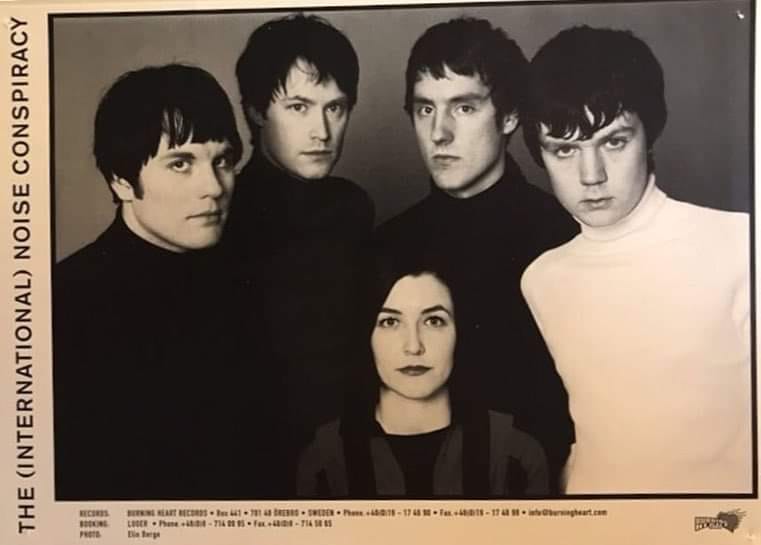 Most musicians consider themselves fortunate if they land in one really good band sometime during their lives.  So Swedish singer-frontman/political provocateur Dennis Lyxzen should consider himself especially lucky.  For Lyxzen has been the voice of not one, but two revolutionary musical forces: the Refused and the (International) Noise Conspiracy.

Stylistically, Lyxzen’s old group, the Refused, seems decades different than his current band, T(I)NC.  While the Refused was celebrated as influential and nineties-shaping, T(I)NC is purposely seen as a retro, sixties-flavored throwback.  And where the Refused surrounded itself with Kurt Cobain-like guitar layers and Lyxzen’s outraged screams, T(I)NC gives way to vintage Pete Townsend-inspired garage jams and impassioned, Lyxzen-led soul choruses.

Lyxzen, speaking over the phone from his quiet bedroom in Umea, Sweden, takes the Refused-(I)NC comparisons in stride.  “For me, there isn’t a big difference between the Refused and T(I)NC,” Lyxzen nonchalantly tells me.  “I’ve been there all along and I felt the ideas develop.  What I’m doing now with T(I)NC is what I had wanted to do for a long, long time.  So, for me, going from the Refused to T(I)NC feels natural and really, really good.”

Although T(I)NC appears to be headed in almost the opposite artistic direction of the Refused, both of Lyxzen’s bands have shared the same aim—the abolition of capitalism through music.  Like the Refused, T(I)NC takes great pleasure in slinging rocks at the capitalist machine.  “Capitalism is THE threat of the world,” Lyxzen pointedly explains, his voice carrying across the continents.  “I don’t see the world as having certain bad aspects, and capitalism is one of those bad aspects.  I see capitalism as the cause or reason why things are as bad as they are.  That’s why I attack capitalism.” 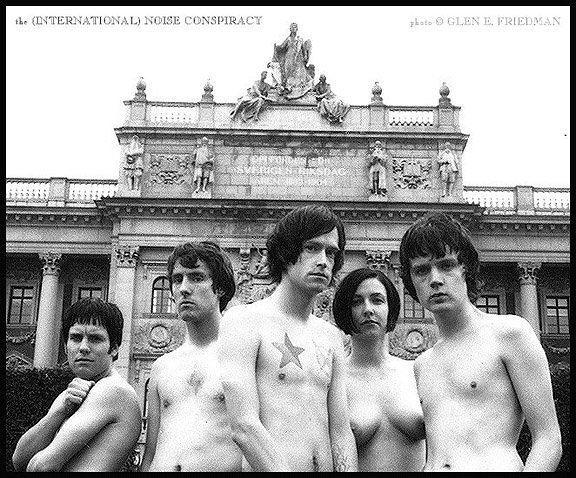 And with Beatle-cuts, matching costumes, and gravity-defying stage moves, the members of T(I)NC look much cuter and far less harmful than their predecessors in the Refused.  However, that is the subversive intent of Lyxzen and his fellow T(I)NC comrades Lars Stromberg (guitar), Sara Almgren (keyboards), Inge Johansson (bass), and Ludwig Dahlberg (drums).  “When people buy our records, watch our videos, or see us live, that radical political element is always there,” Lyxzen says about T(I)NC’s underlying concept.  “Of course you can miss it if you’re not interested.  People sympathize with what feels close to them.  A lot of people like us just because we are a good band.  That’s one thing we count on.  We also know a lot of people like T(I)NC for our suits or because of the way we look, while others are into T(I)NC for the politics.  We hope to get some people into our music because they like our politics or some people into our politics because they like our suits.  That’s the way it works.  That’s a calculation we made as a band.”

Upon the American release of T(I)NC’s latest Burning Heart/Epitaph-distributed album, A NEW MORNING, CHANGING WEATHER, T(I)NC will return to a city Lyxzen has very strong and mixed feelings about—Los Angeles.  “I come from a really, really small town,” Lyxzen says from his bedroom as night begins to fall in Umea.  “So it’s pretty fascinating for me to come to Los Angeles and see how different everything is.  Visiting Los Angeles is neat.  For me it’s a novelty.  But generally I hate the whole facade of America.  I mean I like going to America.  America has great food and good music and nice people.  However, the foundation of a place like Los Angeles is very shallow and transparent.  But I really like being there.” 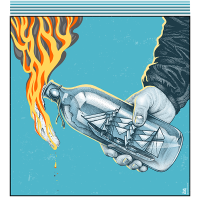