All That You Fear is Gone 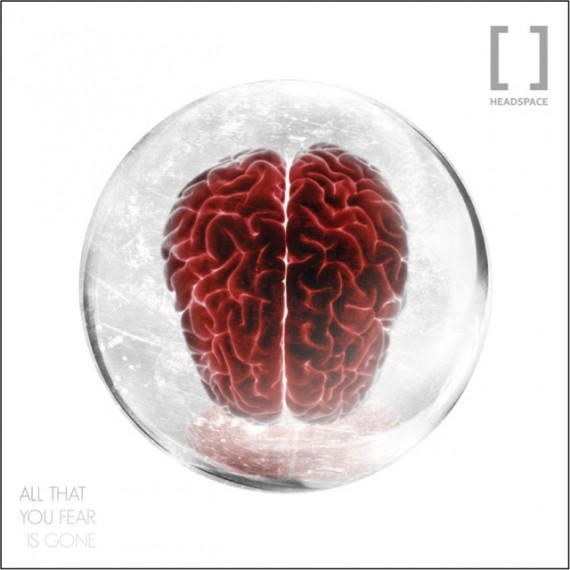 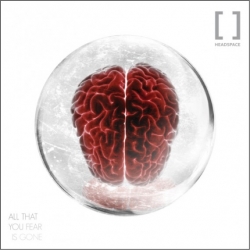 Far more invigorating, ambitious, creative, and memorable than the majority of its most recent full-length peers, ‘All That You Fear is Gone” is an impressive record from beginning to end.

Considering that it was formed by keyboardist Adam Wakeman (yes, the son of Rick and brother of Oliver) and vocalist Damian Wilson (Threshold, Ayreon), it makes sense that English quintet Headspace rose quickly into the upper echelon of up-and-coming progressive metal outfits. Having released a highly acclaimed debut LP (I Am Anonymous) in 2012, Headspace immediately lived up to its inherent expectations, too. Fortunately, its new follow-up, All That You Fear is Gone, manages to be ever better. Packed with hypnotic riffs and melodies, gorgeous harmonies, and plenty of eccentric virtuosity, it’s sure to impress any fan of the genre.

Joining Wilson and Wakeman are original guitarist Pete Rinaldi and bassist Lee Pomeroy; however, drummer Richard Brook was replaced by Adam Falkner (who does an incredible job throughout the sequence). Of the new album, Wilson comments that it was written “to make the listener think, whilst capturing the ear with complexity and simplicity combined,” adding the colorful metaphor that “everyone has their own tastes, but I know this is a bloody good lasagna.” Apparently, it also connects to the themes found in I Am Anonymous since “the conforming individual . . . that breaks away, is reflected in All That You Fear Is Gone. Free thinking, fighting against natural grouping, what appears as destructive rebellion is in fact evolution.” Without a doubt, the full-length captures the bombastic but pensive spirit of such subject matter, delivering it with relentless imagination, technical skill, and conviction.

“Road to Supremacy” starts things off with some wonderfully engrossing counterpoints, as two melodic guitar lines contrast (actually, it’s very reminiscent of “Vicarious” by Tool) as Wilson belts out his first call to action. Eventually his lead is met by a choral chant of “kept in the moment” before the rest of the instruments burst in with the djent heaviness of, say, TesseracT or Periphery. Without warning, a rhythmic shift jumpstarts a new, spacey section, which eventually resolves back into the initial framework. It’s explosive, vibrant, and wholly absorbing, with a confident balance of ferocity and delicacy to help Wilson’s prophetic lyrics come to life.

“The Element” is a serene, dreamy interlude to calm listeners before the multifaceted “The Science Within Us” takes over. At over thirteen minutes in length, it goes through several deviations; nevertheless, it all blends together exceptionally well, from ominous chaos to robust tranquility (and everywhere in-between). The peaceful middle portion is especially alluring, with its restrained arrangement allows its singer to soar before transforming back into complex madness. Later on, “The Death Bell” serves as a brief piano ballad segue into the luscious “The Day You Return,” which is accessible and relatively straightforward yet still bursting with exciting layers.

The title track combines more rich harmonies with tasteful, affective acoustic guitar and piano playing, yielding a forceful and classy statement. Likewise, “Borders and Days” is a haunting ballad, complete with lovely arpeggios and a slightly ghostly, regal atmosphere. It’s welcoming and sleek on the surface, but there’s a definite hint of dread and sorrow lurking underneath. It also provides a striking juxtaposition to “Secular Souls,” which concludes the record with another slice of schizophrenic frenzy, offering some of the album’s most unruly and tranquil passages. As usual, there’s an orchestral elegance covering every timbre and technique, which grants even the flashiest moments a sense of purpose and respect. Naturally, its final moments are extremely intense and thrilling, leaving listeners wanting more.

Although there’s nothing here that reinvents the wheel (traces of stylistic giants like Dream Theater, Symphony X, and Magic Pie can be found easily), the chemistry and vision employed here allows All That Your Fear is Gone standout on its own merits. After all, progressive metal has become so saturated over the years that it’s damn near impossible to truly do something new with it. That said, the band does the next best thing: mix honored conventions with as much originality and thematic purpose as possible. In the end, the album is far more invigorating, ambitious, creative, and memorable than the majority of its most recent full-length peers, so it deserves a lot of acclaim. Similarly, Headspace once again proves why it’s among the most promising newcomers the genre has seen for a long time.

Back On My Wall