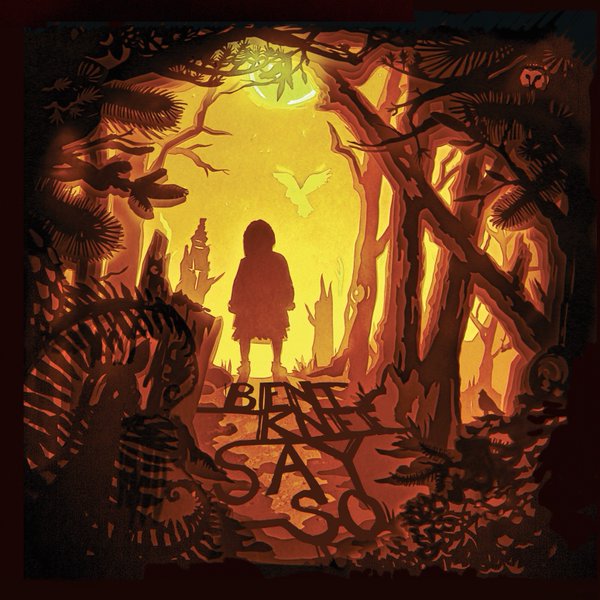 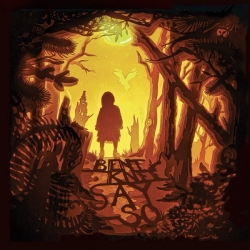 ‘Say So’ is a celebration of creative freedom and unrestricted musicianship; it exemplifies what happens when imaginative and skillful players with diverse influences are given free rein over their art.

One of the greatest benefits of the increasing ubiquity of digital distribution and independent music is the ability for a band to create whatever it wants and find a substantial audience for it. No longer are peculiar artists doomed to failure because mainstream media won’t promote them; instead, musicians can create, dispense, and promote their work in any way they see fit. In other words, truly unique and worthwhile ensembles are finally able to receive the attention they deserve. Case in point: Boston-based sextet Bent Knee, whose blend of “art-rock, avant-indie, [and] progressive” styles has yielded remarkable records, including their newest opus, Say So. Channeling baroque pop and folk as much as it does Frank Zappa and King Crimson, the collection is an enthralling array of gripping gems teeming with intricate dynamics and characteristic experimentalism.

Say So is Bent Knee’s first release on Cuneiform Records (a label known for producing wonderfully eccentric and striving projects), and the band aptly describes it as “rock for the thinking person. [Our] lyrics are dark and infused with themes focusing on the emergence of personal demons, unwanted situations and the difficulty of conquering them . . . . it’s a thrilling aural roller-coaster ride with arrangements designed to make listeners throw their arms up in wild abandon as they engage with them.” As sound designer Vince Welch puts it, Say So continues to demonstrate how “the most extreme ends of pop and avant-garde music . . . aren’t nearly as mutually exclusive as most people think.” Furthermore, violinist Chris Baum notes that the album’s themes include “looking at the bigger picture and figuring out where we as individuals stand and how we carve out meaning in this giant universe . . . the album art captures that idea too.” Indeed, both the music and imagery of Say So is beautiful yet ominous, demonstrating a colorful oppression that’s rarely handled with such luscious density and melodic charm.

The LP begins with arguably its most hypnotically intense piece, “Black Tar Water.” An affective keyboard tone hints at the song’s main melody as vocalist Courtney Swain sings sweetly, with a sense of phrasing that evokes Bjork. Just about every subsequent verse is met with more timbres (including organic percussion, guitars, strings, and vocal counterpoints), all of which dance around her outbursts with boisterous grace. The way it builds from a sparse confessional ballad to an eruption of dense tribal amalgamations is nothing short of brilliant, and Swain showcases incredible power and range with her most impassioned sentiments. As clichéd as it is to say, “Black Tar Water” is breathtaking.

Fortunately, its dissonant sharp-note segue (think: The Beatles’ “Getting Better”) in “Leak Water” reveals equal ingenuity. Its arrangement builds with similar tact, too, and eventually evolves into an alluring groove that’s complemented with pensive atmosphere, rich horns, and many subtle flourishes. Like much of the album, the greatest element of the piece is its dynamic shifts, as it constantly fluctuates between near-silent calm and strange but riveting catastrophe without losing any focus or magnetism. Instead, one can hear how meticulously Bent Knee planned every moment.

“Counselor” is more playful and mysterious, like the score of a demented Disney cartoon, while “EVE” references the aforementioned Beatles-esque technique (giving Say So a nice sense of cohesion) before exploding into a hellish fairytale of whimsical laments and orchestral majesty. In a way, this direction presents Bent Knee as a more accessible (and less demonic) stylistic sibling of Sleepytime Gorilla Museum. It’s easily one of the most multifaceted and unpredictable tracks here.

Following a brief interlude, “The Things You Love” starts off the second half of Say So with cathartic cheers and instrumentation before scaling back to nothing more than delicate keyboard chords, rustic yet biting sound effects, and Swain’s motherly echoes. It distills a sense of avant-garde stillness akin to the most otherworldly sections of King Crimson’s first two albums. Afterward, “Nakami” is a dreamier, more festive outbreak with dazzling accentuations and inventive changes. The second half is especially notable, as it switches gears to incorporate a more traditionally Asian procedure, complete with fitting lyrics and percussion.

“Commercial,” on the other hand, is downright disgruntled, with some remarkably complex playing and curiously inaccessible moments. These aren’t necessarily flaws, though, as the track serves as a great example of how “avant-garde” and idiosyncratic Bent Knee can get (even if it’s not the most enjoyable selection in terms of melodic comfort). You won’t quite understand what’s going on, but you’ll nonetheless admire the band for being so damn creative and fearless. Fortunately, “Hands Up” acts as a straightforward, robust, and cheerful chaser (to use an alcohol analogy) to its predecessor’s lunacy, while closer “Good Girl” is tranquil and warm yet also overtly haunting, with lyrics that could be interpreted as “a strong statement against women being patronized or oppressed” (according to Swain). In any case, it’s a soothing way to conclude following so much [seemingly] unrestrained bellicosity.

Say So is a celebration of creative freedom and unrestricted musicianship; it exemplifies what happens when imaginative and skillful players with diverse influences are given free rein over their art. As difficult to classify as it is to forget, Say So is a masterful effort whose textures, ideas, instrumentation, and even sequencing are ingenious. Each moment is fascinating and original, and the overarching density of the arrangements rewards repeated listenings by revealing more and more subtitles. Beyond crafting an outstanding achievement in and of itself, though, Bent Knee’s greatest feat here is proving that there is still gratifyingly unique, ambitious, and wholly absorbing music being made underneath the radar. It’s easily one of the best albums of the year so far, and it deserves as much acclaim as it can get.