Color In The Gray Machine 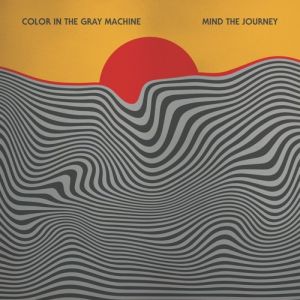 Mind The Journey - Color In The Gray World 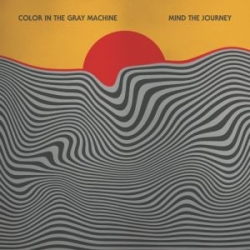 Spencer Sabo goes on an exploratory journey of the psych-rock, electronic, and synth-pop genres on his debut album.

Boston, Massachusetts music project Mind The Journey is the brainstorm of one Spencer Sabo, a singer/songwriter/multi-instrumentalist who began his musical expedition in high school as a drummer while learning the audio production process.  He was in his late teenage years when he picked up a keyboard and began to experiment under the moniker Mind The Journey, releasing an 8-song EP and playing live.  After some time off and a move from Connecticut to Boston, Sabo has now crafted his 12-song debut album, Color In The Gray Machine, which is set for release on January 5th, 2016.

Sabo blends many musical elements together on this album, including the psych-rock, electronic, and synth-pop genres.  The result is a vibrant to sometimes clashing batch of tunes that swings mildly to wildly from one music style to another, sometimes even within the space of an individual song.  Sabo created Color In The Gray Machine in his home studio and he played all the instruments, sang, and produced the album.

The brief, but static-coated “Falling Asleep” opens the opus with someone sniffing and coughing, perhaps getting ready for a night of sound sleep.  The next track, “Desserts”, moves swiftly in with a syncopated beat, wavering organ notes, and tropical isle-like percussion.  Sabo exclaims directly “Everybody’s watching you / You got to play your role.” amid skittering ticks and phased in ‘n’ out sounds.  The glitch-pop electro-sonics continue on the upbeat “Interdimensional Romance” which is also filled to the brim with a plethora of synth notes.  A low-register bass -like line winds through the middle of the song as Sabo sings “Time moves slowly / Can’t wait for you to move around me.”

The transient “Dancing On The Sun” presses with a sharp, but measured beat and chattering clicks ‘n’ blips until finally intensifying into a traffic-speeding-by noise.  This quickly segues into the short and placid-at-first “Oneironaut (Interlude)” that builds up to a buzzing discord.  This interlude slides fuzzily into the stormy, psych-rock opening of “Rose Colored Glasses” before it comes to rest as a relaxed lull of laid-back, phased guitar notes and a shuffling beat.  Sabo stretches out his vocals, intoning the key line “When faith is tried / will you turn to what’s inside?”  The album’s concept is all about going on a journey through the inner mind and the tumult and calm of “Rose Colored Glasses” symbolizes both aspects of this introspective voyage.

Rock guitar riffs roil “Dream Demon” while a steady drum beat anchors the mostly straightforward, alt-rock tune.  Organ notes and cymbal shimmer also accompany Sabo’s slightly distorted voice as he strings out in a lower tone “Waiting ‘round for end of days / It’s not far from here.”  The song shifts gears towards the end, with arcade game blips ping-ponging and trailing off while a grinding cycle of guitars, cymbals, and manipulated vocals take over with Sabo exclaiming “Leave me alone.”  The next number “Atmintis (Pass The Haze)” floats on a dreamier cloud of scintillating synth notes, drum ‘n’ cymbals patter, and Sabo murmuring in a lighter, sweeter tone “…with you the sky is clear / I can see the ground / All that matters is the now.”

“Egophoria” keeps the engaging, Verse, Chorus, Verse pop structure going with Sabo’s sing-song, sing-talking, slightly distorted vocals, light ‘n’ bright keyboard notes, and a mid-paced drum beat.  Sabo then creates an even more buoyant state on “Boats” as it begins bird twitter, synth note tings, acoustic guitar lines, wavering organ notes, and his plaintive voice as he emotes soul singer-style “Baby, listen to my words / I’ve grown, I’ve died inside for you, baby.”  “Noise Gate” is luckily not as noisy as its name, but it does include dissonant notes and vocals at times.  Album-ender “Delta Wave” travels on an 80s synth-pop vibe with reverberating, bright synth notes.  Sabo sings of a “…space where we keep / our hopes and dreams / all tucked away…” before diving into highly phased distortion and sustained organ lines.  The voyage through Color In The Gray Machine is vivid and changeable and represents the mind as an active, exploring entity, even while in the state of slumber.