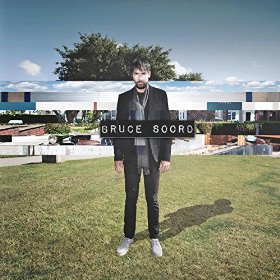 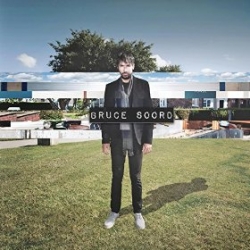 Soord remains one of the most distinctive, consistent, and special songwriters and musicians not only in progressive rock, but in the entirety of modern music. If you’ve yet to discover his work, ‘Bruce Soord’ is a fine place to start.

As the mastermind behind beloved British troupe The Pineapple Thief, Bruce Soord has already proven himself as masterfully creative and expressive, ranking alongside artists like Steven Wilson, Neal Morse, Mariusz Duda (Riverside/Lunatic Soul), and Daniel Cavanagh (Anathema) as one of the best songwriters in modern progressive rock. Honestly, no one else conveys poetic poignancy and biting retribution with such graceful fragility and mesmerizing catchiness (just listen to “Barely Breathing,” “All the Wars,” “Tightly Wound,” and “Bond”). It comes as no surprise, then, that Soord’s eponymous solo debut is packed with similarly bittersweet elegance and arresting arrangements, demonstrating once again why he’s in a class all his own.

Soord describes the album as “the softer, dreamier side” of his songwriting, adding that he “revisit[ed] his entire life to find inspiration . . . a lifetime growing up in a small town, a once thriving sprawl of friends, lovers and music has diminished; venues have closed and old hunting grounds have become unrecognisable.” In this way, Bruce Soord is “a celebration of youthful idealism as much as it is a eulogy of times past.”

It’s not unusual for the solo effort(s) of a band leader to be more straightforward and stripped down than those of his or her full ensemble, and Bruce Soord is no different.  Of course, some of the best Pineapple Thief material is also some of the sparsest, so Soord is quite capable of captivating with just an acoustic guitar, his voice, and some delicate accompaniments. Interestingly, Soord played all of the instruments here himself too (well, aside from some additional guitar tracks courtesy of Darren Charles, whose own band, Godsticks, is quickly becoming a household name within the genre), so his skills as a musician certainly match his capabilities as a vocalist and songwriter.

Without trying to sound hyperbolic, every song on Bruce Soord is a gem. In fact, its opening track, “Black Smoke,” is among his most pensive creations yet. Haunting piano notes provide a backing for his nostalgic whispers, and the opening line—“I see my town. The places we played, the shimmer of sound”—introduces the aforementioned inspiration well. Eventually, scant percussion and falsetto harmonies add a bit more dimension, but this is still a very somber and bare piece overall. Nevertheless, it’s expectedly serene and striking.

Next, “Buried Here” proves to be more full-bodied. Led by a blend of acoustic and electric guitar strums, there’s a slightly ominous industrial coating too. In contrast, “The Odds” is more upbeat; in fact, it has a disco rhythm, so it’s simultaneously antagonistic and danceable, with some funky guitar playing and inventive percussion. It’s a bit of an anomaly compared to the rest of the album (not to mention Soord’s entire catalog), which makes it worthwhile almost by default. There’s also “A Thousand Daggers,” whose tribal percussion, melancholic horns, and forlorn sentiments make it one of the standout tracks on Bruce Soord. In fact, its verse melody is so simple yet hypnotic that it’s a wonder Soord never used it before. Seriously, you’ll be humming it long after you’ve finished hearing it.

With its tense, multilayered build-up and conspicuous tonal shifts (between wistful to vengeful), “Willow Tree” feels like a lost entry from The Pineapple Thief. The same could be said for “Born in Delusion,” too, as it once again finds Soord exploring damaged love with wisdom and weakness, combining angelic timbres and tragic vibes wonderfully. Afterward, the two-part “Field Day” is another evocative tour de force, mixing warm acoustic guitar arpeggios and rich harmonies with only a few instances of heightened instrumentation; in other words, it allows the silences between the notes to speak volumes.

The record concludes with “Familiar Patterns” and “Leaves Leave Me.” The former is rooted in electronic percussion, raw guitar lines, and devastating strings, creating a dreamy ether on which Soord laments shared dreams. Like “The Odds,” it provides a nice sonic deviation, and there’s no denying Soord’s ability to instill weighty feelings in even the most minimalistic environments. As for the latter, it begins softly, with bird chirps accompanying more organic syncopation, mournful guitar patterns, and wounded outcries. By the end, though, it transforms into a gorgeous finale, brimming with luscious harmonies, rich horns, and various sound effects (such as snippets of children playing) that truly make it feel emotionally invasive.

As any fan of Soord knows, he never fails to construct captivating compositions and impeccably earnest songs, so the fact that Bruce Soord continues the trend is not surprising. Still, this would be a fantastic album for anyone to create, let alone an artist who’s already crafted so many great LPs over the past twenty years (taking Vulgar Unicorn into account, of course). Regardless of the outlet, Soord remains one of the most distinctive, consistent, and special songwriters and musicians not only in progressive rock, but in the entirety of modern music. If you’ve yet to discover his work, Bruce Soord is a fine place to start.

Color In The Gray Machine