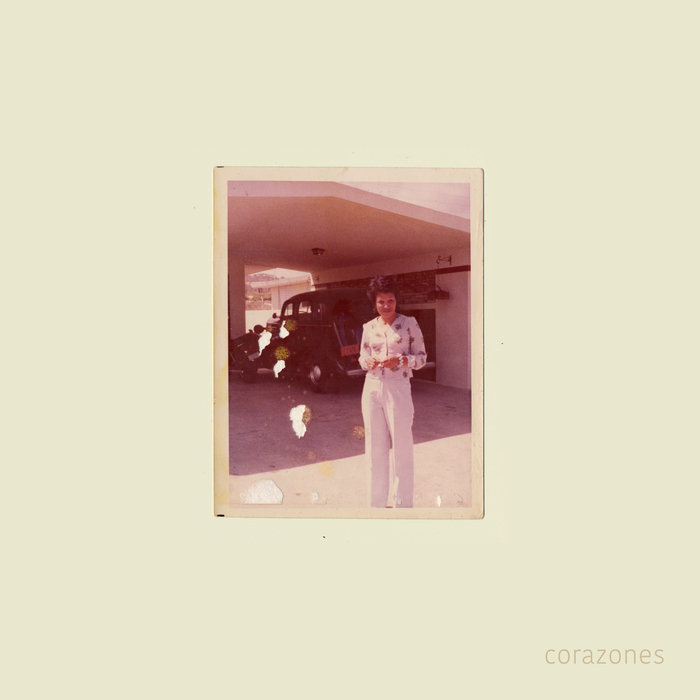 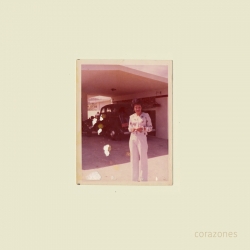 Corazones is a great record from start to finish, and it showcases a side of Rodríguez-López’s artistry that doesn’t receive as much attention as it should.

Multi-instrumentalist Omar Rodríguez-López has always been a fascinatingly unpredictable and distinctive artist. As any fan of The Mars Volta knows, his compositions can run the gamut from opaque collages of dissonant timbres and hypnotic progressive rock sophistication, to lavishly layered and majorly hospitable slices of bittersweet songwriting. Really, it’s precisely this blend that makes his work so thrilling (even when it’s not entirely enjoyable). Fortunately, he leans towards the latter end of the spectrum on Corazones, his twenty-eighth studio album (give or take a few depending on how you classify his catalog). In contrast to its idiosyncratic-but-often-inaccessible predecessor, Sworn Virgins, Corazones features the kind of dense yet concise and touching songwriting that made The Mars Volta’s fifth outing, 2009’s Octahedron, so singular. There’s an overarching juxtaposition of superficial textural warmth and underlying emotional chill that makes it enthralling from start to finish.

Corazones is the second of a dozen LPs that Rodríguez-López plans to release on Ipecac Records throughout the rest of 2016 (specifically, a new one every two weeks). He’s described it as “mournful folk-pop,” and it has a distinctive Hispanic/Americana flavor that helps it stand out amongst the rest of his discography. Interestingly, he’d written some of it for a film (that never happened) and was inspired by his mother’s terminal illness and death. In an interview with Rolling Stone last month, he said:

[A]ll the themes that were in the film itself were exactly what I was going through: loss, loss of identity because of such an extreme loss . . . [the director and producer] wanted it to be simpler and more straight-ahead, especially with the lyrics . . . that was a huge challenge because emotionally you're writing a certain way that's particular to the images in your heart, but [simplifying things] really exposes you . . . . it's almost like these childlike nursery rhymes.

Comparable to “Since We’ve Been Wrong” (from Octahedron), “We Feel the Silence” starts the sequence with palpable despair. Morose acoustic guitar strums and a brief harmonica lead-in give way to shuffling percussion and sorrowful bass accents as Rodríguez-López issues his lamentations. Intentionally or not, his sounds remarkably similar to his former compatriot, Cedric Bixler-Zavala, in the way he blends and bellows his low and high vocals. Melodically and lyrically, the track is entrancing, and he peppers the production with just enough peculiarities to feel quintessentially Rodríguez-López without losing the radio-friendly focus. Lastly, the instrumental break near the end is especially beautiful, making the track even more of a simple yet subtly powerful gem.

Next, the upbeat tempo of “Running Away” serves its melancholic nature well, as its rustic poppiness entices you to contemplate its raspy harmonies and poetic verses (“And I know it's far too late to say / I'm sorry I let my feelings hurt you / Bury it so love can grow again / I'll build a home and live right next to you / Open up the door and let you in again”). Like the entire record, it prioritizes earnest songwriting over any kind of virtuosic intricacy. There’s a true Western grit to the dirty heat of “It Was Her,” whose aggressive piano chords and guitar lines clash wonderfully with the rest of the arrangement and segue into the avant-garde interlude “Dead Heart”.

“Lola” is a soft ode with comforting arpeggios, DIY percussion, and fuzzy guitar, while “Sea is Rising” evokes The Bedlam in Goliath in its mystic proclamations, swirling keyboards, and all-around dynamic evolution. Afterward, hobbling chains collide with a desperate piano motif and grief-stricken melodies to make “Certainty” truly haunting, and “Arrest My Father” brings back the fast-paced momentum for a catchy, vengeful narrative complemented by more harmonica and a sharp guitar solo.

Arguably the most affective piece here is “Some Sort of Justice,” a tender tale of regret with rich harmonies, gentle arpeggios, and impactful piano chords. It’s wholly mesmerizing, as is closer “If I Told You the Truth I Would Be Made of Lies,” whose antagonistic ether is enhanced with precise rhythmic changes and chaotic, ever-changing timbres. The quicker stride and increased intricacy during the final third really builds excitement; it also recalls Led Zeppelin in its riffs and confrontational vocals.

Corazones is a great record from start to finish. Its lyricism, melodies, instrumental diversity, and trademark production make it both familiar and foreign, as it showcases a side of Rodríguez-López’s artistry that simply doesn’t receive as much attention as it should. As fantastic as his more eccentric and complex compositions are (the "Cassandra Gemini" suite alone is utterly brilliant), his reserved, heartfelt songwriting is equally cherishable. In this way, the LP deserves acclaim both inside and outside of itself for being a thoroughly captivating collection that further highlights how chameleonic is creator is.

“Ass In the Front”