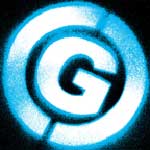 After parting ways with Nitro records, Guttermouth continues to serve up crisp, clean sounding punk rock on their first release for Epitaph. Throughout the album, Mark Adkins' lyrical banter is classic. With tracks titled "Can I Borrow Some Ambition" and "Looking Good Is All That Matters", Adkins' delves into the ill comforts of consumer society -- where one might be so consumed with self-image and success, they forget about what really matters. Sounds like overplayed issues you've heard before, doesn't it? Nevertheless, what makes Guttermouth so adept at what they do may just be why they've been successful for the last 10 years. Musically, Adkins' and the rest of the gang see "outside of the box" with a vision that's adolescent, yet wise. Therein lies Guttermouth's entertainment value. At times, their music is wrapped with profound messages in such snotty and bratty ways you just have to laugh. At other times, Adkins' could be singing about puking on his shoes like he does in "Chug-A-Lug Night" or give you his take on the stock market frenzy in "Secure Horizons" and you may not notice because you're having so much fun with the music. But go back and read the lyrics. There's more fun to be had. Guttermouth ups the entertainment ante on COVERED WITH ANTS with several vocal flavors and unexpected sounds from fiddles and a piano. Overall, the production is meaty and well worth a listen.