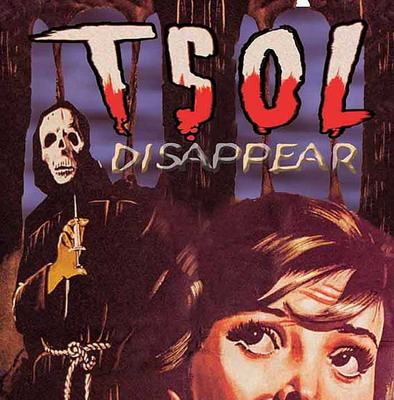 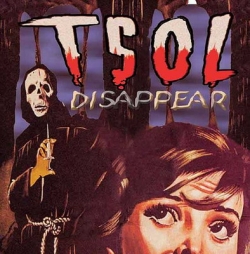 Do you have a significant portion of your music collection on vinyl? If so, you can probably relate with my thoughts on the "COMEBACK" of many the 80's punk rock fav. I question the reason why some of these bands attempt to come back at all when I see them on stage and there is no spark of life present. Most have no new ideas and can't come close to pulling off the old songs with the same fury of their youth. Maybe they're trying to jump on the bandwagon and make some dough now that punk rock is such a corporate success. I don't know, but I wish they'd just stay home if their hearts not in it.

Well, now that I've rambled on about all the disappointing comebacks we've experienced over the last couple of years let me tell you about the exception. T.S.O.L. The new record is called "DISAPPEAR" and with this release T.S.O.L proves that they have the perfect mixture of old and new. You'll recognize the signature guitar style of Ron Emory and distinctive vocals of Jack Grisham. And although TSOL's original drummer Todd Barnes passed away in 1999 you'll still hear hints of the bands trademark drum stylings. The unique and original TSOL sound is there but don't think all your gonna get is a band trying to relive their glory days by surviving on past hits. Don't get me wrong they can still pull off the old tunes with a proper dose of angst but that's not all you get. This band has evolved while definitely remaining the same animal. They are as vital and relavant in the new millenium as they were the first time around.

Rebellion is alive and well and real punk is definitely not dead. If you have any doubts just pick up DISAPPEAR and I guarantee T.S.O.L. will make a believer out of you.