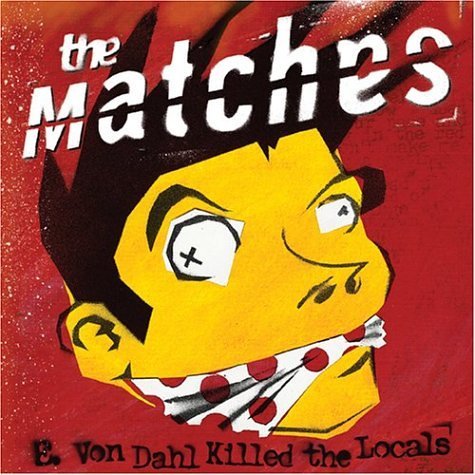 Album Review
Matches, The
Label: Epitaph
Reviewed by Stephanie
The re-release of the independent record from The Matches, E. Von Dahl Killed The Locals, is as good as a debut album gets. From catchy sing-a-long songs (Chain Me Free) to the more serious sides of things (Sick Little Suicide) this CD gives listeners a wide range of music. With two new songs added (Borderline Creep & More Than Local Boys) it gives the listeners who own the independently released record something new to hear.

With a spot on Vans Warped Tour in 2004 and most of 2005, the fan base for this band keeps growing and growing with no sign of stopping or slowing down.

This young band from Oakland, California has a long career ahead of them in the music industry. You can expect a lot more from this band in the future.

If pop-punk is your drug of choice, go pick up this CD today.

(For fans of; Yellowcard, Fall Out Boy, The Starting Line)

Fading In The Sun