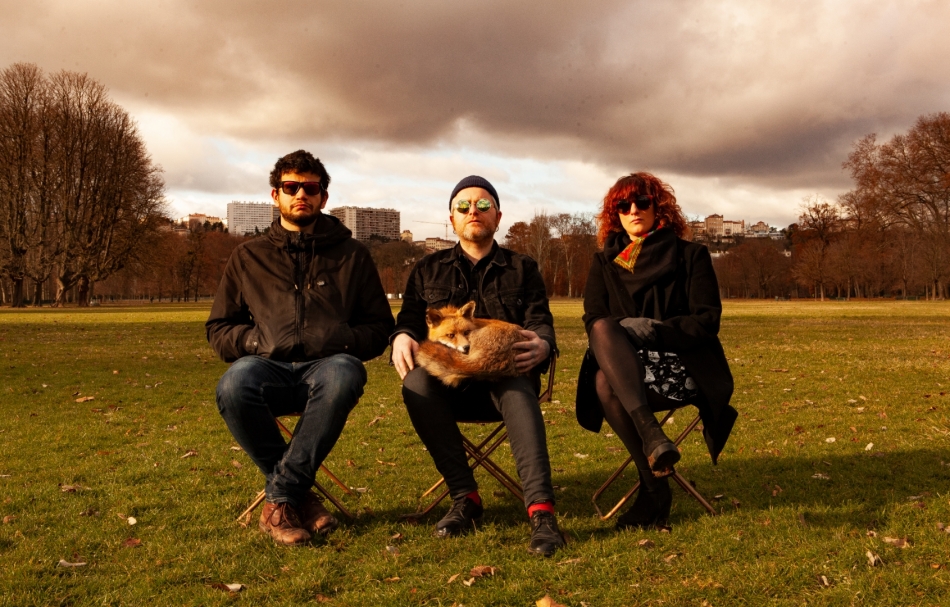 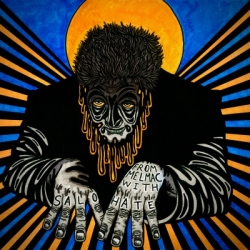 The French trio’s musicianship shines in its intensity.

Biographic details on Salo, the noise-rock band responsible for this punchy new release, are hard to come by. But the album, From Melmac With Hate, makes a fine statement on its own.

The first of these 11 confrontational songs is “Guillotine,” which zigzags a trail of noise buoyed by a hairy bass guitar tone under crashing cymbals and a vocal that seeks abandon. Salo’s musicianship comes through especially on “Jay” and “Speed Missile,” two of the most energetic performances on the album. The tremolo effect on the guitar breaks through at 1:35 on “Jay”—the notes cut noise like the bent, serrated edge of the junk-drawer knife. And the swinging drumming style, accompanied by that hairy bass, propels a lot of this album. “Jay” and “Speed Missile” exude a punk-inspired sound that is confrontational, spiteful, and desperate for attention.

Salo is a trio based in Lyon, France. Funny how small bands can make such big sounds. Social media suggests Salo is about five years old. The band cites as influences The Fall, Thee Oh Sees, and METZ—the last band being the most directly comparable. Halfway through From Melmac With Hate comes “Bring Back Medieval Plague.” This song, with its provoked vocal and damaging low-end rhythm section, approaches a blend of The Jesus Lizard and Young Widows. It is a clawing scramble up a mountain.

Salo slow the pace later in the album with “Tasmanian Tiger (for Nikita).” The bass guitar remains imposing, but the drums, especially the hi-hat, become stilted and self-conscious, almost uncomfortable. Arpeggio-style guitar notes smolder. The measured cadence of the vocal sounds borrowed from the tune of some Scottish folk pub song. The tone on the opening and closing guitar figure is a change-up, too. It is a stadium-ready sound from a guitar that spends the rest of the album cutting through back alleys.