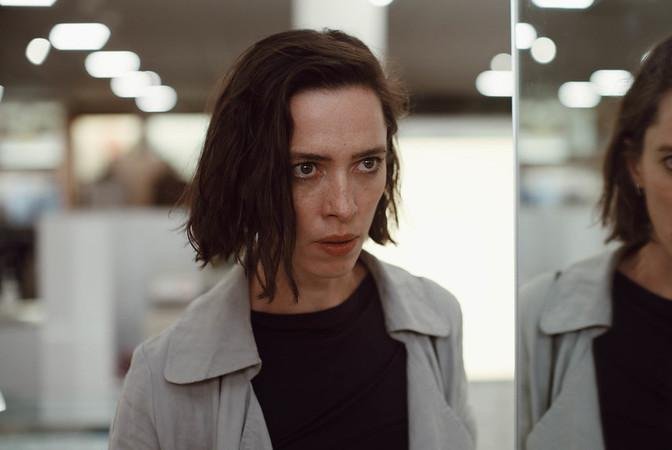 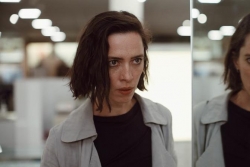 Andrew Semans’ second full length feature, Resurrection, is a well crafted psychological thriller starring both Tim Roth and Rebecca Hall in believable and stunningly captivating performances. Meticulously composed, Margaret leads a molecular biology team in the workplace and asserts herself as a competent yet controlling single mother to her college-bound daughter Abbie (Grace Kaufman) at home. During one particular work lecture, Margaret sees someone from her past who begins to unwind her self-assurance and ultimately confronts her to face a turbulent past she’s been suppressing for decades.

Resurrection’s near palpable claustrophobic atmosphere stems from close-ups of Margaret’s increasingly tense panic attacks and paranoia upon spotting David (Roth), which we come to understand is a much older man with whom she had an incredibly toxic relationship with when she was her daughter’s age. Rather than portraying Roth’s character as blatantly conniving and evil, his outward demeanor is rather calm and non-confrontational. Framing a manipulating partner in this lens reveals just how common abusive and grooming behavior can be regarding our everyday thoughts and interactions with those we’ve grown closest to. Referred to as “kindnesses”, David’s emotional abuse keeps Margaret constantly second-guessing herself and consistently lays shame on her inability to be a loving mother.

In terms of her female relationships, Margaret forms a therapeutic connection with her younger intern, Gwyn as she encourages her to take a closer look at her boyfriend’s controlling and destructive behaviors. Hall’s impressive seven minute monologue in the middle of the film has the audience both eager to look away and yet simultaneously ensnared in her story of her abusive and vicious past. Stating that she has never revealed that experience to anyone, her intern simply can’t fathom a reality that inhumane and jumps to the conclusion that it must be a sick joke, reinstating how often stories of abuse are pushed to the sidelines or assumed to be exaggerated or for attention.

Semans questions the nature of cyclical abuse as well as the fine line between protecting the ones you love versus suffocating their freedom. Now that Abbie is of the same age that Margaret was once she entered her tumultuous relationship with David, her suppressed fears begin to rise to the surface. “I think you’re having an episode”, Abbie states at one point to her mom, emphasizing that this isn’t the first time her mother has lost control of her own emotions. Feeling like a prisoner in her own home, Abbie views her mom’s unhinged actions toward her as those of mistreatment and encourages her to seek help, rather than deem them as acceptable or deserving in some way. Semans’ ambiguous ending triumphs in ridding itself of pity towards trauma survivors while reflecting on the complexities and long-lasting effects gaslighting can have on one’s psyche.