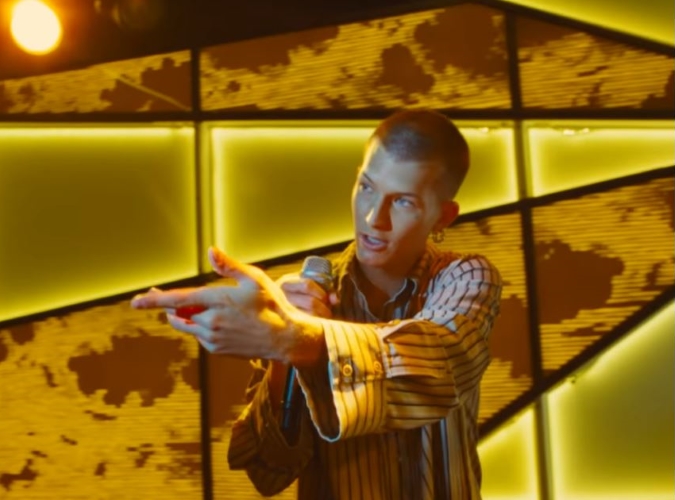 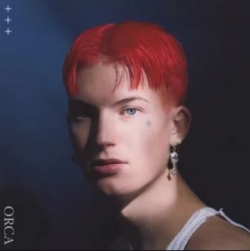 Cleverness and promise ring out on Gus Dapperton’s latest album.

Gus Dapperton so far is as elusive as the last moment. I look for the 23-year-old artist within his recently released album, Orca. Although he is often disguised, I almost recognized him on “First Aid.” Dapperton, born Brendan Patrick Rice, opens the song by offering half-hearted apologies for himself. “Sorry 'bout my head, it's in space / I'm still learning how to pace / I'm too atheist to pray for my life,” he sings, his tone distracted and subdued. “About my head, it's on straight, but I'm all over the place / I'm to making shift for shaping a life.” The song builds emotionally and musically, and what sounded there ankle-deep soon rises to your shoulders. “Do you remember them? The blind, they paid no mind (you wrap me up) / Spilt on the cusp, and just in time, you made it right (you wrap me up) / I won't forget about the way you saved my life—you wrap me up.” “First Aid” is good songwriting, and I found myself wanting more.

And I found more on “Post Humorous,” which opens with shimmering subtlety and then grows. The gradual build in some of these songs provides the album’s greatest pleasures. Dapperton's music reminds me of a Nate Ruess project. After the shimmering on “Post Humorous” gives way to a tighter rhythm, Dapperton’s voice rings out of his thin, lanky frame: “But as a reminder, ready when you find her / I repress the iridescence of a fire / And won't you mind him? / Steady when you find him.” Dapperton’s youthful, squeezed vocals can push persuasively louder, throatier.

In doing publicity for the album, his second, Dapperton has expressed a desire for people to be able to remember years from now first hearing Orca in 2020. Of course he desires that. People may not remember the album, but its best moments suggest an artist who should not be forgotten. Such moments include “Bluebird,” an irrepressible song that bounces along a springy bass line. At the bridge, Dapperton buzzes, “I've got no car, I've got no ride, I've got no head to hold up high / But you've got heart, and, boy, do you got drive / It's not that far—it's worth a try.” His playful accounting of his strengths and weaknesses is endearing, and his voice, reedy and earnest, is as promising as the next moment.