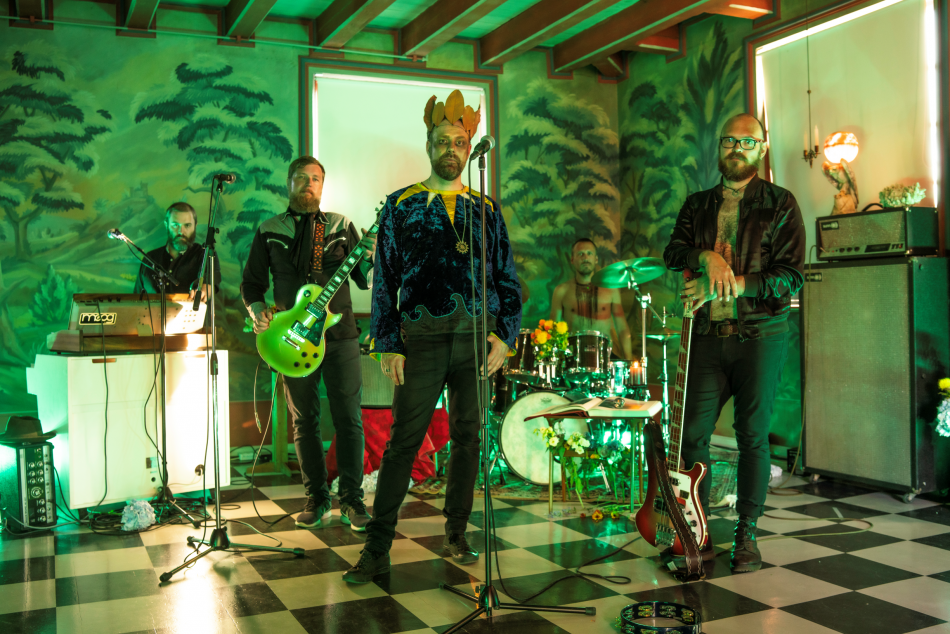 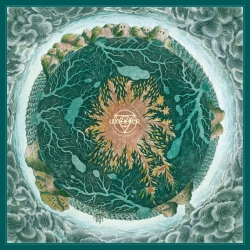 Dwellers of the Deep is another miraculous journey from Wobbler.

Norwegian troupe Wobbler has spent roughly fifteen years—since 2005’s debut LP, Hinterland—recapturing the glory days of 1970s progressive rock better than virtually any of their peers. (Or, at the very least, their retro sound is incredibly authentic.) In particular, they evoke early Yes to an astonishing degree, with vocalist Andreas Prestmo perfectly capturing the falsetto lusciousness of  Jon Anderson and Chris Squire. As such, their work is among the most deservedly celebrated in the modern field, and unsurprisingly, Dwellers of the Deep deserves a place there as well. The follow-up to 2017’s From Silence to Somewhere, this fifth venture is another lovely suite of vibrant intricacy and infectiously smooth hooks that ranks alongside the classic albums from which it draws.

The band is rounded out by Martin Nordrum Kneppen (drums), Lars Fredrik Frøislie  (keys), Kristian Karl Hultgren (bass), and Marius Halleland (guitars/backing vocals). (Guest player Åsa Ree also provides violin and backing vocals.) Like prior sequences, Dwellers of the Deep consists of only a few tracks, ranging in length from roughly four minutes to nineteen. According to the official press release, the songs focus on “human emotion and the ongoing struggle between juxtaposed forces within the psyche. An introspective voyage among the realms of memories, feelings, and instincts, where the light is brighter, and the dark is darker. The concepts of wonder, longing, and desperation permeate the histories told, and the currents from the deep are ever-present.” Really, the LP presents fans with what they’ve come to expect from Wobbler without deviating too drastically; that could be seen as a negative, of course, but it’s really not considering how impeccable and specific their craft truly is.

Opener “By the Banks” wastes no time sucking you into its flamboyant fervor, as a torrent of feisty rhythms, keyboard swirls, electric guitar jabs, and angelic harmonies cascade across the speakers. It instantly represents the quintet’s pristine blend of entrancing sweetness and mind-boggling complexity. Naturally, Canterbury icons like Caravan and Camel are also recalled, and the trademark poetic imagery of progressive rock is there in full force (“This stream is the daughter of my dreams / She is the silver thread that binds the seams / Oh, stream from my darkest well / You are the visions from within my shell”). Various tempo and instrumental changeups keep things moving at a great pace without losing any of the composition’s seamless flow; thus, it’s Wobbler at their most mightily regal, emotional, and focused, with a consistent emphasis on contrasting heavenly respites (including lovely piano odes) and in-your-face freak-outs (including simmering instrumental spotlights) together with hypnotic motifs.

From there, “Five Rooms” is slightly more economical and aggressive, with Hultgren’s bass lines not missing a step as they chase the speedy guitar and keyboard outbursts and transitions. There are also plenty of quirky timbres along the way, so you’re equally captivated by the accessible melodies/grooves and the panicked segues and solos that connect them. Offering a bit of a breather, the acoustic ballad “Naiad Dreams” can’t help but conjure the warm six-string sculptures of Steve Hackett, Michael Åkerfeldt, and Steve Howe amidst the addition of gorgeous mystical textures.

Then, the side-long, three-part “Merry Macabre” closer is an epic suite that lives up to its name by adding a darker and harsher coating to its Renaissance-like symphonic splendor. The first part—“The Ecstasy of Hieronymus”—is reminiscent of “La Bealtaine” from Rites at Dawn in terms of its stimulating verses, too; conversely,  the second part—“Beneath the Velvet Shroud”—is punchier and more decadent, while the third part—“The Bird of Hermes”—both somber and strange, aligning a mournful piano reflection with ELP-esque bizarreness and intensity. Obviously, the result is quite the wide-ranging and commanding finale.

Dwellers of the Deep is another miraculous journey from Wobbler. Rather than shake-up their formula significantly, it doubles down on what makes their music so special and reliable. Almost no other modern prog rock band goes for the same kind of sound—and if they do, they don’t do it as well—so there’s an inherent novelty to and nostalgia for what the group does. Luckily, their songwriting, singing, and musicianship once again go beyond those superficial attributes to reveal the highest quality in all areas. Like its predecessors, Dwellers of the Deep is a must-own collection, as well as one of the best prog rock records of its release year.