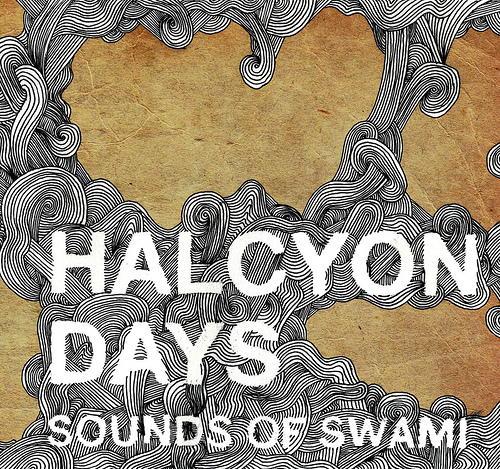 This a 6-song offering on a 7" record that clocks in at 9 minutes, well 9 minutes and 27 seconds, but who's counting from Sounds of Swami. "Halcyon Days", (halcyon definition: tranquil, happy) is far from that. There is a lot of angst on this record from the opening track, "briefcase of ignorance" to the last track, my favourite, "your name not here".

But hell, it's a just easier to play the whole damn record. You can feel the energy bounce off the grooves of the 6-songs on this outing by Sounds of Swami.

For fans of Bad Religion and Fugazi, (I can hear the influence of both these bands) this 7" would be worth picking up at your local record store or where ever you can find it.

I'll be looking for more from Sounds of Swami in the future and you should too.