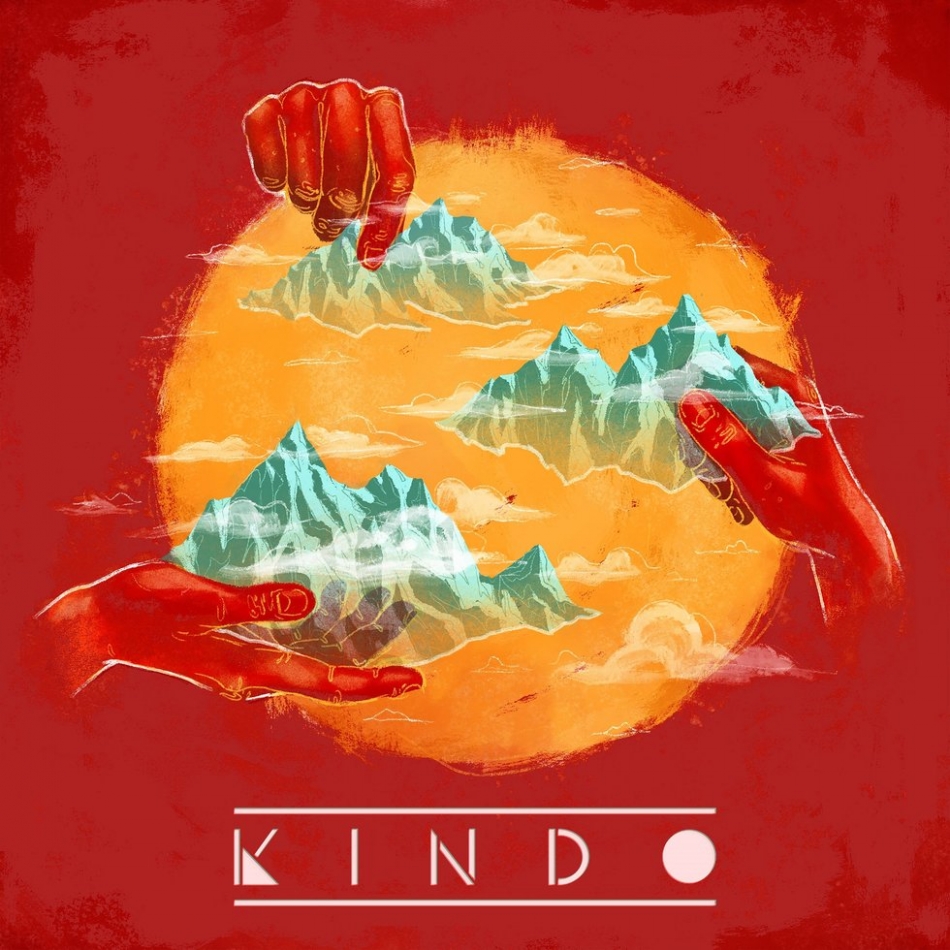 Kindo - Happy However After Cover 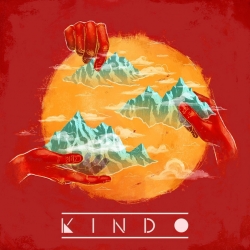 Happy However After is a triumphant collection that continues Kindo’s reign.

Fronted by vocalist/guitarist Joseph Secchiaroli, New York outfit Kindo (f/k/a The Reign of Kindo) has been serving up its infectious amalgamation of prog/pop/indie/jazz/rock for roughly a decade. Evoking a similar sense of bombastic, genre-fusing creativity as groups like The Family Crest, Umphrey’s McGee, The Dear Hunter, and Emanuel and the Fear, Kindo consistently allures with a significantly idiosyncratic and perpetually shifting sound. On their latest LP, Happy However After, they continue showcasing their most indispensable trademarks while also dipping their feet into new stylistic pools. Specifically, they retain much of the compositional and melodic punch that made their prior works—especially 2013’s Play with Fire—so remarkable in the midst of more streamlined (though still quite sophisticated) structures and an emphasis on warm electronic/synth highlights. As a result, it’s a very accessible and inviting sequence that, while not as technically impressive as its predecessors, makes the best case yet for why Kindo should be a household name.

Opener “Human Convention” sets the stage well for this new aesthetic. Described by Secchiaroli as exploring how we “experience our lives through the filter of conventions, such as time . . . money, science, politics, etc."—as well as how "adverse" and "challenging" situations are often beneficial in the long run—the piece’s initial pairing of dreamy keyboard chords and impassioned vocals is instantly endearing. Likewise, the ensuing explosion of feisty Latin rhythms, bright harmonies, warm trumpet and saxophone accents, dazzling synths, and other timbres pinpoints a perfect merger between Kindo’s characteristic intricacy/catchiness and the sleek sheen of today’s biggest pop music artists.  At first, it’s a mildly startling new direction, but additional listens reveal just how much of a logical progression and absorbing starting point the song is.

Several subsequent tracks linger on that exuberant complexity. For instance, both “Let Me Be” and “Smell of a Rose” are charmingly danceable with their infectious hooks and radiant instrumentation. (In particular, the former offers dreamy ‘60s pop deviations and the latter soars with invigorating guitar and horn solos.) Later, “Colder than December” recalls the unassuming and tasteful jazziness of earlier Kindo standouts, whereas closer “City of Gods” is part embellished piano ballad, part electro/prog rock freakout that works incredibly well to illuminate how exceptional the band still is at juxtaposing quality songwriting and virtuosic flamboyance. Fittingly, it’s the clear tour-de-force entry on Happy However After.

Of course, the LP also features more overtly modest and poignant selections, including the symphonic and heavenly “Catch the Gleam,” the romantically classical “One in a Million,” and the beautifully delicate and atmospheric duo of “Obsolete” and “About Love” (both of which feature a slight hip-hop vibe). Arguably the standout of the entire sequence, though, is “Return to Me,” a thoroughly captivating centerpiece that finds each player giving their all to yield one of the best compositions in their discography.

At first glance, Happy However After’s seemingly significant stylistic shifts are a tad polarizing; however, increased familiarity reveals just how aligned the record is with its predecessors. Sure, it’s a more transparently fashionable and commercial work, but that’s not necessarily a bad thing, as it just means that Kindo manages to incorporate all of its beloved specialties beneath a contemporary coating destined to appeal to a broader audience. In other words, it shows them doing exactly what a band should do: retain their essential elements while also challenging themselves (and their audience) with new—and risky—techniques. Such confidence and innovation, coupled with its staggering quality, means that Happy However After is a triumphant collection that continues Kindo’s reign.