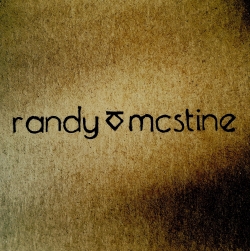 Idle (A 2019 Collection) is a great glimpse into why this year alone encompassed so much growth and variety for McStine.

Over the past decade, singer/songwriter/guitarist Randy McStine has become one of the most in-demand and accomplished new players in progressive music (although his work often blurs genre classification). Whether through his solo work—released under his name or as the Lo-Fi Resistance project—his work with The Fringe (a supergroup that also includes bassist Jonas Reingold and drummer Nick D’Virgilio), or his stints with top-notch bands like Sound of Contact and Jane Getter Premonition, McStine’s characteristic vocals, musicianship, and writing are always spectacular. Thankfully, his latest retrospective, the two-part Idle: A 2019 Collection, does a great job of representing his eclectic catalog from this year. While not without its inconsistencies—which are arguably deliberate so that listeners get the complete scope of his artistic purpose and integrity—it’s a must-hear overview of some of his best work to date.

The first set “compiles [his] fully arranged and produced studio tracks. . . . [That] were finished independently of one another, with no intention of assembly as a definitive album.” Of course, he worked with a variety of collaborators to make each song as developed, individualistic, and tempting as possible. For instance, opener “Sun in My Eyes” is ominously atmospheric as it builds from mere vocals and sound effects into a sort of professionally produced DIY composition. The backing harmonies, inventive percussion, and colorful timbre modulations keep you enticed as his own creative trademarks mix with evocations of Marillion and IQ. It’s chillingly emotional and gripping from start to finish.

Unsurprisingly, one of his most frequent live pieces, “Bottom Feeder Blues,” is a standout here, too. Specifically, he uses a bit of blues rock and psychedelia as the basis for his pointed commentary on the interlocked detriments of social media, cognitive habits like group polarization and confirmation bias, and the skepticism of mainstream media. It gets pretty “proggy” and colorful by the end—with horns and virtuosic guitarwork leading the charge—without losing sight of its core appeal as an agitated rocker. Later, “Before” offers a more introspective and ethereal experience prior to the surreal comfort of “Idle,” the wildly dynamic frenzy of “Drone,” the programmed serenity of “Go On Now,” and the arrestingly varied arrangement and keen attack of “Prayer.” Really, each track on Part One is a self-contained revelation of different layers within McStine’s artistry; at the same time, it cumulates perfectly into a singular yet vastly heterogenous statement.

Admittedly, Part Two—“the antithesis of the studio compilation” whose “one guitar and one voice” off-the-cuff nature is meant to deliver an amiable “primitive nature” and “emotional weight”—isn’t as compelling. True, that’s an almost inevitable outcome considering how its overarching bareness (just McStine’s voice and acoustic strumming) makes each song feel significantly alike and hollow. Still, it’s an invaluable look into his process sans evolved production and elaboration, as he recorded most of the tracks within the same hour he wrote them. Beyond that, the lack of fancier tricks and tones means that his foundational strengths as a vocalist, writer, and player are the focal points. In particular, his scaled-back takes of “Bottom Feeder Blues” and “Before” still pack several punches, whereas starting ballad “Send Your Light” and the subsequent “Adopted Son” present some of his strongest singing, lyricism, and melodies ever. Elsewhere, the lengthy “Real” features some impressive acoustic guitar jamming. Honestly, the only questionable inclusion is “Skrol,” a thirteen-minute experiment in ambient sounds that takes too long to get to where it’s going.  Granted, some listeners will surely love its unnerving otherworldliness—and it definitely helps further demonstrate the bold boundlessness of McStine’s creativity—but most people will probably grow weary of it before it’s done.

Those grievances aside, Idle (A 2019 Collection) is a great glimpse into why this year alone encompassed so much growth and variety for McStine. It’s a robust introduction to his wide-ranging palette and immaculate skills, as well as a fascinating compendium for those already familiar with his catalog. In a way, it's him condensing the multiple personas and outlets of his past into one collective identity under one shared roof. Thus, it finds him totally owning and celebrating how unrestrained, prolific, and resourceful he can be. Fans of progressive music in its trust sense would be wise to do the same. 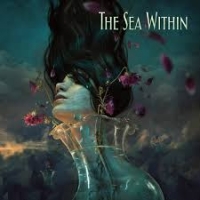