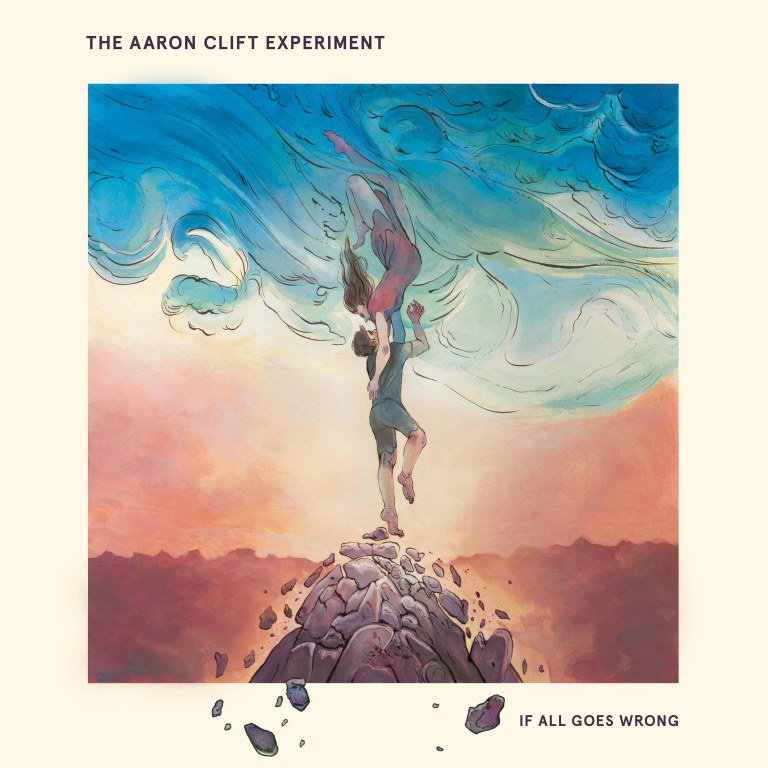 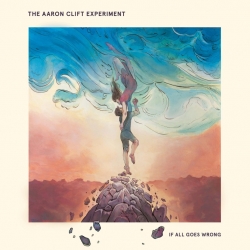 Some gripes aside, If All Goes Wrong is a thoroughly enjoyable record with some truly impressive and captivating moments.

Having already released two well-received albums—2012’s Lonely Hills and 2015’s Outer Light, Inner Darkness—Austin, TX progressive rock act The Aaron Clift Experiment set their ambitions higher than ever on their latest disc, If All Goes Wrong. Influenced by genre giants like Pink Floyd, King Crimson, and Rush, the trio (bassist Devin North, percussionist Tim Smith, and of course, keyboardist/vocalist Aaron Clift) declares that the record “contains the band’s most diverse and electrifying music to date—songs full of enthralling melodies, masterful epics, and addictive pop hooks”. Although a few weaker moments and aspects prevent the LP from totally fulfilling those promises, If All Goes Wrong is certainly an evolution that contains more hits than misses, so it’s a solid entry in their catalog and a worthwhile listen for fans.

Clift aptly surmises that the sequence strikes the best balance yet between “music that’s both sophisticated and immediate—challenging but also accessible.” (A part of that credit is due to the inclusion of guest guitarists Van Wilks and Arielle.) To be honest, If All Goes Wrong doesn’t come close to “push[ing] the boundaries of the prog genre” or “challeng[ing] what a rock band is capable of”—although it does sound good on a pitch—yet it is a mostly invigorating and striving collection that indeed balances elaborate instrumentation, fervent performances, and strong songwriting in the midst of mixing iconic inspirations beneath the group’s trademark original qualities.

The album is filled with standout pieces. In particular, “Absent Lovers” is a high point of their entire discography, as it blends charismatic singing, affective lyricism, and robust symphonic rock vibrancy into a multipart journey that recalls King Crimson’s “Islands.” Afterward, “Better Off Before” is a colorful and dense hook that immediately captures the piano pop bounciness of The Neal Morse Band, ELO, and The Beatles, while “Castle in the Sky” is quite dynamic and complex, with plenty of engaging counterpoints as each instrument gets its time to shine (including some of the best guitarwork on the full-length). As its name suggests, “Dream Within a Dream” offers a wistful slice of pleasant harmonies and playful, jazzy jams (as does the more ferocious—and slightly more generic—“Wild Hunters”). Thankfully, the title track closes things on a wonderfully introspective, gentle, and relatable note. Clift gives one of his most emotionally rich vocal renditions here, and the surrounding arrangement is fittingly delicate and heavy at times, with backing strings adding plenty of luscious pathos.

Sadly, not everything is praise-worthy about If All Goes Wrong. In general, the production can be mildly muddled and the tracks could be more varied in terms of both timbres and style overall. Also, the first two tracks—“Faith" and "Last Crash,” respectively—are a bit too run-of-the-mill and amateurish, with the former finding Clift struggling with his range at times (to the point of distraction). While the latter is better due to its more stimulating musicianship—it even [un]intentionally conjures the main riff of Gentle Giant’s “Peel the Paint”—it’s still one of the weaker inclusions here.

Those gripes aside, If All Goes Wrong is a thoroughly enjoyable record with some truly impressive and captivating moments. In general, The Aaron Clift Experiment’s bark is still bigger than its bite (in terms of self-image vs. actual results), but the two are finding more resolution with each effort. As such, very little goes wrong on this third outing, making it their best work to date and a compelling listen for anyone who enjoys a mix of traditional and progressive rock (with a bit of classical for good measure).

if all goes wrong progressive rock the aaron clift experiment