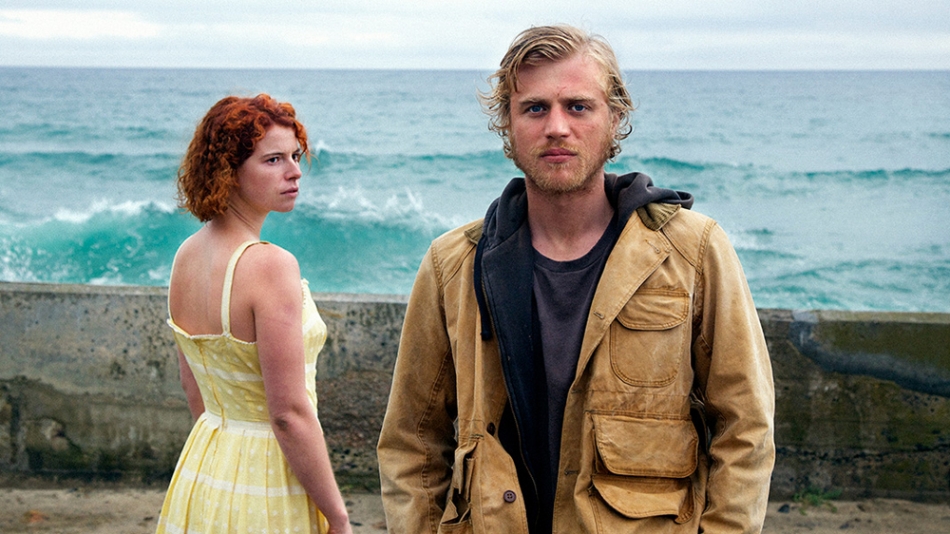 Calling into question the human psyche, Michael Pearce's stunning debut Beast draws forth our dual natures both as a revelatory experience as well as unpredictable and suppressed territory in his genre-bending film. Set in the confines of conservative Jersey, Moll (Jessie Buckley) feels like the black sheep of her affluent and picturesque family and is constantly under her mother (Geraldine James)'s rigid watch. After meeting Pascal (Johnny Flynn) who intervenes in a potential assault and mends her wounds, Moll succumbs to his charm and rugged good looks despite several signs pointing towards her newfound love as a possible murderer. Grappling with repressed violent secrets of her own, Moll feels a strong kinship towards his wild and unflinching nature as she navigates and surrenders to her own unexplored animalisic instincts. Pearce deftly traverses through the layered masks and white lies characters tell themselves and choose to reveal to others, crafting a distorted reality for the audience to draw their own conclusions from.

A film charged with both suspense and carefully considered character studies, Beast's isolated location creates an air of tension and claustrophobia after learning about the recent kidnappings and murders of several adolescent girls on the island (based loosely on a real life murder case in Jersey during the 1960's). Whittling composed individuals down to their more raw and impulsive essence permeates throughout Beast, consistently making references to our wild and irrational tendencies. Like killer whales that eventually go insane when left in captivity, Moll's facade starts to crack during family dinners, leaving her eager to venture further away from home and experience newfound freedom with Pascal. Her mother's remarks about controlling both Moll and Pascal cause her to retaliate, tarnishing her family's place of security with mud on the furniture after a lustful night spent with her boyfriend. Her attraction towards Pascal's instinctual behavior allows her to expose aspects of her personality she has held hidden from her family for so long, yet Moll often teeters on the edge when attempting to integrating her whole self, creating a rebound effect when she engages in one part of her nature too intensely. When borrowing Pascal's gun to go poaching for rabbits she has no qualms about shooting the animal, yet cannot bear to look at the dying creature in front of her, the reality of facing her impulsiveness causing her to stop in her tracks.

Less of a murder-mystery with clear cut answers revealed, Beast brings to light and questions the ideas of innocence and guilt as well as the subjective nature of truth. Moll's budding relationship with Pascal simultaneously follows the path of a young couple falling in love with all the emotional rollercoasters that entails, yet the added element of a potential serial killer as Moll's new partner brings suspicion into minute actions that may very well be completely guiltless. Moll's own suppressed secret is something she unravels in her own time and casts a biased lens, recognizing that who we choose to trust in the film is less about any kind of objective information and more about our own personal projections and preconceived notions we make about any particular character. While Pearce's thematic elements are occasionally blunt and over calculated, Beast is an impressive feature that digs deep into both the stifling and liberating ways we allow our human deposition to come to the surface.