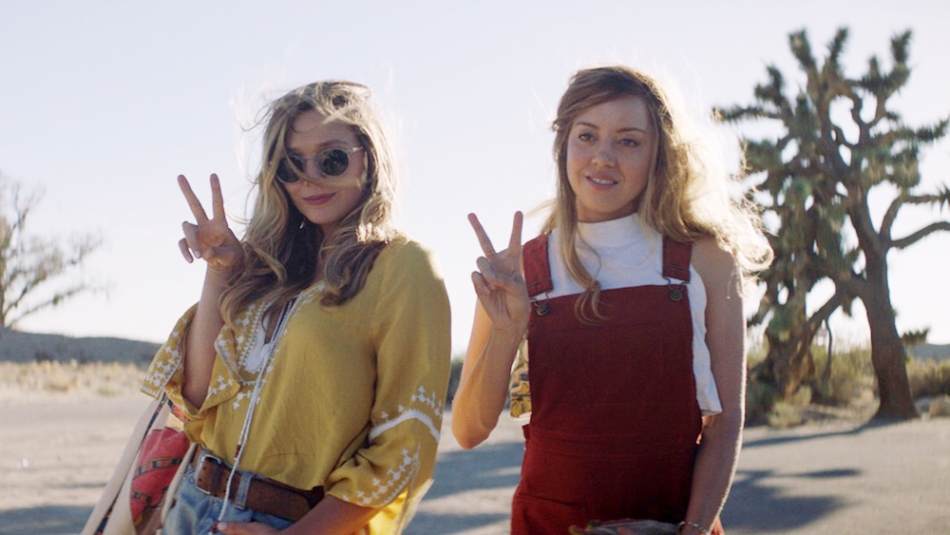 A dark comedy on society’s gravitation towards the use of social media and need for instant gratification, director and writer Matt Spicer’s film, Ingrid Goes West, takes our clicking compulsions to the extreme. We’re introduced to Ingrid Thorburn (Aubrey Plaza), a recent mental institution patient who took a popular stranger’s lone Instagram comment too close to heart and pepper sprayed her in the face at her own wedding after not receiving an invitation. After being released she follows suit, latching on to another popular Instagram user, Taylor Sloane (Elizabeth Olsen), and packs up her bags (including a large sum of money left in her name from her mother’s will) to California to be closer to her. Kidnapping Taylor’s dog as pretext for a chance encounter, Ingrid’s budding and cringe-worthy friendship begins to unravel. Built upon a shaky foundation of lies, Ingrid inevitably realizes that even Taylor isn’t necessarily all she’s cracked up to be.

While we all hide and reveal particular aspects of our personality and lives on social media, creating some semblance of a persona we wish to expose to the public, Ingrid’s fascination towards basing her whole future around a popular user on Instagram is certainly not a course in subtlety. Spicer paints Ingrid as a blank canvas, void of any complexities and unable to initiate her own decisions and goals. Her only goal, or compulsion if you will, is to win the approval of Taylor, someone she has crafted optimistically in her mind and whom she wishes to emulate. Spreading fabrication after fabrication concerning her relationship status and wealth, we realize that there’s no real Ingrid to actually differentiate from seeing as we know so little about her past and have difficulty believing anything she has to say. Though Spicer acknowledges the girls’ shallow forms of social engagement such as Taylor’s preoccupation with her number of Instagram followers and the social gratification Ingrid gets over Taylor posting a photo of the two of them, much of the interaction between the two does take place face to face rather than behind a lit screen.

The initial half of Ingrid Goes West feels generally lighthearted and comedic, a commentary on social media’s trivial nature as we anxiously wait for the punchline when Taylor finds out Ingrid’s true intentions, but swiftly takes a darker and more muddled turn in the last half hour. After introducing Taylor’s obnoxious brother, Nicky (Billy Magnussen), Ingrid finds herself being blackmailed and doing whatever is in her power to not have her true obsessions revealed. To a degree, Ingrid Goes West remarks on the Internet’s inherent inability for us to live in the present moment and form deeper relationships that aren’t based on some online persona. Unfortunately, the film also relies on cheesy and cheap thrills, its conclusion embedded in such extremes that I wonder if there was really any lesson to be learned after all.