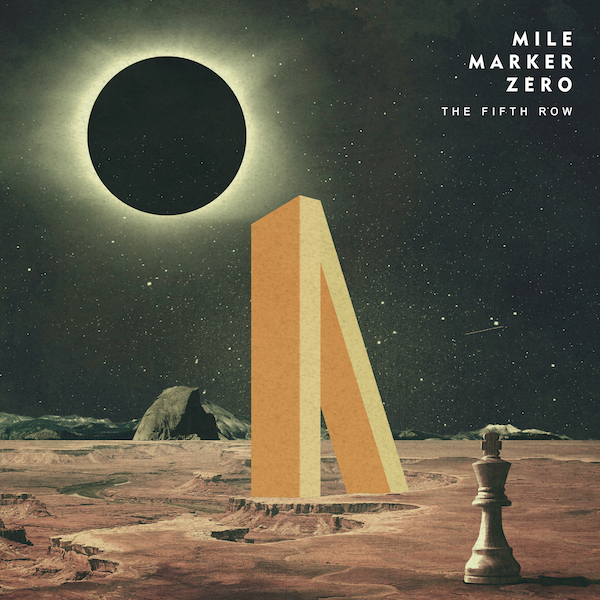 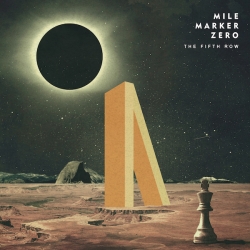 The Fifth Row is remarkably confident, meticulously mapped out, and ceaselessly interesting.

Aside from top-notch songwriting and arrangements, the key to a good progressive rock/metal concept album is an engrossing narrative, an epic scope, and a steady sense of interconnection. Just look at any of the most revered examples in the style—Genesis’ The Lamb Lies Down on Broadway, Pink Floyd’s The Wall, Dream Theater’s Scenes from a Memory, Jethro Tull’s A Passion Play, Ayreon’s The Human Equation—and you’ll find stunning amalgamations of these qualities. On their newest opus, The Fifth Row, Connecticut quintet Mile Marker Zero achieve a similar feat. No, it doesn’t rank alongside those other examples, but it comes closer to doing so than you might think by offering a surprisingly beguiling, inventive, and cohesive aural journey that oozes rich compositions, continuity, and social commentary. It’s a commendable and captivating record that should put MMZ on every genre fan’s radar.

[The title] is a reference to the legend of “rice and the chessboard” and is frequently used by futurists as a way to show exponential growth in technology. As a society, humanity is currently in the “fifth row” of the chessboard, a time which changes in technology happen so fast that they are almost impossible to accurately forecast or predict. The role of artificial intelligence and technology in our lives is a pretty hot topic right now. When we decided that we were going to do a concept album, it just seemed like the perfect topic to dive into, given how we grew up and how technology influenced our lives.

The story begins after [9/11] when the Government hires an architect to design an AI that will protect mankind from future attacks. The JCN machine is built and immediately receives praise from critics and society alike. Drawing a parallel to Mohr's law, JCN's growth increases radically causing the Architect to fear that his machine will become too self-aware and turn amongst the people. A confrontation ensues to see if the Architect can stop JCN from becoming too connected to the human race and shutting them down.

“Source Code” introduces the sequence by placing prophetic historical sound clips beneath a delicately ominous atmosphere, thereby cleverly and effectively setting the tone and context for the subsequent tale. Next, “2001” explodes with an absorbing blend of riffs, percussion, and even some synth foreshadowing of the resulting chorus. Likewise, Alley’s catchy and impassioned proclamations fit perfectly with the score, evoking vocalists like Randy McStine (Lo-Fi Resistance), Gabriel Fry (Distant Lights), and Claudio Sanchez (Coheed and Cambria) in his high-pitched panic. Eventually, Focarile and Tuohy present some intricate showmanship that—in contrast to the virtuosic tendencies of many contemporaries—feels justified since it enhances the sentiments of the songwriting. Combined, these two tracks kick off The Fifth Row exceptionally.

Luckily, the first half of the LP upholds that excellent mixture of musicianship and storytelling. For instance, “Digital Warrior” grants one of the record’s main melodies amidst a fascinating wave of chaotic urgency (including a rich piano arrangement), while the more dynamic and anthemic “Building a Machine” recalls the initial sound clips in-between computerized counterpoints. Later, “JCN” serves as a folky centerpiece whose meeting of strings, acoustic guitar arpeggios, and introspective harmonies generate airs of classic Yes and Spock’s Beard; afterward, “Middle Game” acts as a marginally more morose channeling of “Source Code” that simultaneously reflects on the past and paves the way for the future.

The remaining bulk of The Fifth Row undoubtedly contains some of its best moments. Be it the way “Propaganda” ingeniously reprises a motif within its soaring bedlam and multilayered outcries; the militaristic and foreboding dreaminess of “Sacred Geometry”; the sorrowful symphonic simplicity of “Clarity”; the dizzying heavy hypnosis of the penultimate “Age of Jason”; or the cathartic evolution of closer “Collective,” the second half of the full-length is arguably even more varied, memorable, and touching than its foundational counterpart (which is truly saying something).

Mile Marker Zero may be a relatively new and unknown act in the realm of modern progressive rock/metal, but with The Fifth Row, they prove quite worthy of standing alongside their most recognized peers. In addition to doing something deceptively simple here—conjuring influences while also sounding distinctive—the quintet provides enough salient social commentary and conceptual continuity to make the sequence almost as intellectually stimulating as it is purely entertaining. In other words, The Fifth Row is remarkably confident, meticulously mapped out, and ceaselessly interesting, making it the band’s crowning achievement thus far and one of the first great genre albums of 2018.