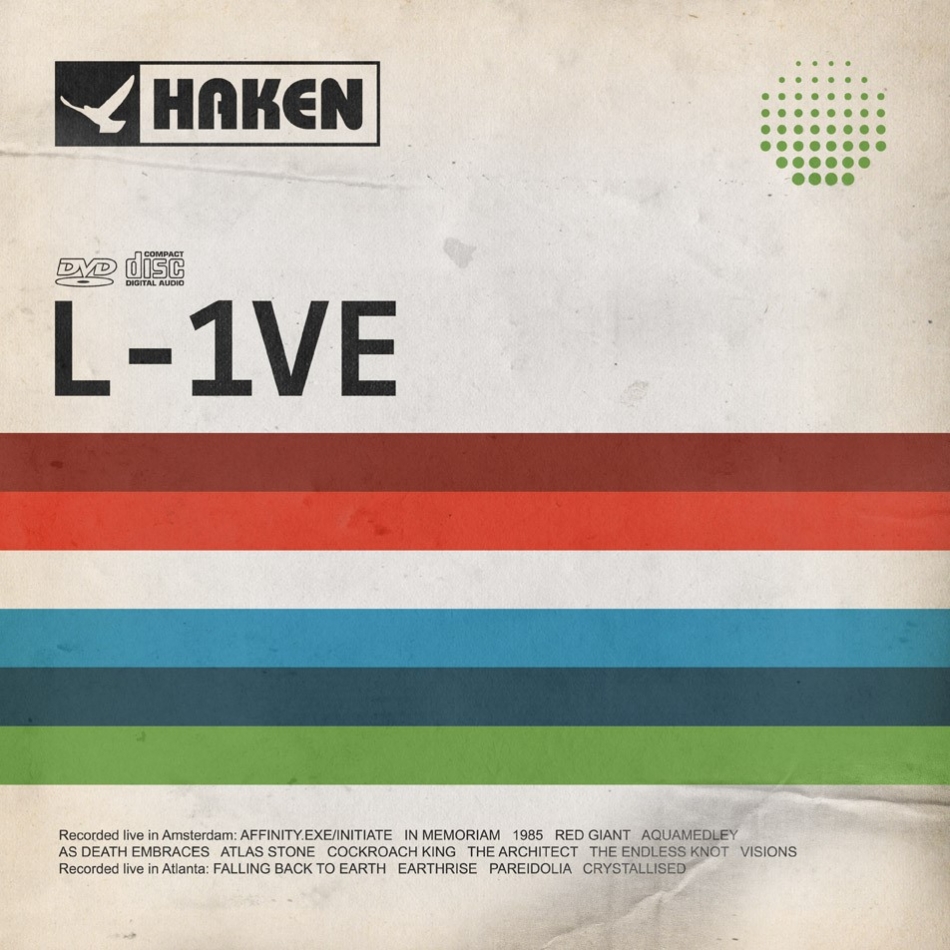 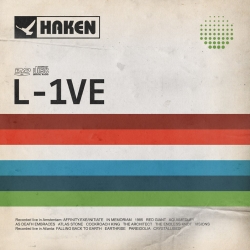 L-1VE is a superb account of how special Haken has become since 2007 (both in and out of the studio).

Considering how accomplished and revered English progressive rock/metal troupe Haken has become over the last decade, it’s surprising to realize that they’ve never released an official live album. That is, until now, as L-1VE captures the band’s 4/13/17 show at the Melkweg (in Amsterdam) as part of their 10th anniversary tour. Spanning their entire discography—except for 2014’s Restoration EP—and filled with palpable passion and perfect performances, it’s an almost two-hour recreation whose video component falls a tad short when compared to the audio quality. That said, L-1VE is still a must-own release for fans, as it truly feels like a triumphant overview of Haken’s outstanding career thus far.

Naturally, devotees have been clamoring for Haken to put out a live collection for some time, as the group notes: “[W]e know our existing fans have been crying out for this for some time now. . . . Both the band and the label were inundated with emails requesting a live release in some shape or form . . . so giving the people what they wanted just felt like the right thing to do.” It’s no surprise that the LP sounds so good, either, consider that it was mixed by Jerry Guidroz (Neal Morse, The Winery Dogs), who was also their “engineer on the last 3 U.S. tours. . . . This is incredibly difficult music to mix and with the experience he has, he just nails it.” While the look of L-1VE could be better—more on that in a bit—there’s no denying how well each track compares to its studio counterpart.

The majority of the set focuses on Haken’s last two sequences (2013’s The Mountain and 2016’s Affinity), including classics like “In Memoriam,” “Atlas Stone,” “Red Giant,” and “The Endless Knot.” Of course, the latter record’s opening duo—“affinity.exe” and Initiate”—open the concert and get you in the right mood, while fan favorite “Cockroach King” (from the former full-length) gets arguably the biggest applause of the night when its introductory riffs reign over the crowd. While there are nuances scattered throughout that identify these versions from their official forms (such as the absence of Leprous vocalist Einar Solberg on “The Architect”), they cumulatively come far closer to being indistinguishable than you might anticipate (given how different live replications typically are, for better or worse.)

While hearing Haken’s newest creations is expected and enjoyable, perhaps the biggest treats of L-1VE are its nods to the group’s heavier first two albums (2010’s Aquarius and 2011’s Visions). Specifically, the sextet plays the entire title track from their sophomore outing, as well as “Aquamedly,” an equally lengthy mash-up of nearly every piece from their debut disc. As such, listeners get an awesome abridged take on the record’s “story of a mermaid born into a corrupt human world . . . who's sacrifice is the saviour of humanity from a great flood.” It’s an expertly arranged hodgepodge that yields an excellent new epic suite, demonstrating how skilled and imaginative Haken was from the start.

Sadly, the look of L-1VE isn’t quite on the same level. While the performance is totally watchable and contains mostly professional and interesting shots and editing, it also feels a bit amateurish in terms of occasionally obtrusive close-ups, angles, and the like. Also, despite some effective lighting shifts and thematic film grain (harkening to the ‘80s nostalgia of Affinity), there could’ve been some more effort put into visual accentuations (such as a video screen). Again, it’s still a good—if marginally claustrophobic—watch, but not a great one, and that’s disappointing (especially since this is their first live offering and it commemorates their initial ten years together). (Also, there is an additional DVD, Live at Prog Power 2016, in the package but I wasn't given access to watch it.)

Those minor grievances aside, however, L-1VE is still a superb account of how special Haken has become since 2007 (both in and out of the studio). The setlist provides a strong overview of how consistent yet adaptable they’ve remained across their catalog; by perfecting and maintaining their core formula while also exploring different qualities to give each LP its own identity, the band has become one of the genre’s superlative modern acts. L-1VE is a nearly flawless testament to that, so every fan should check it out ASAP.