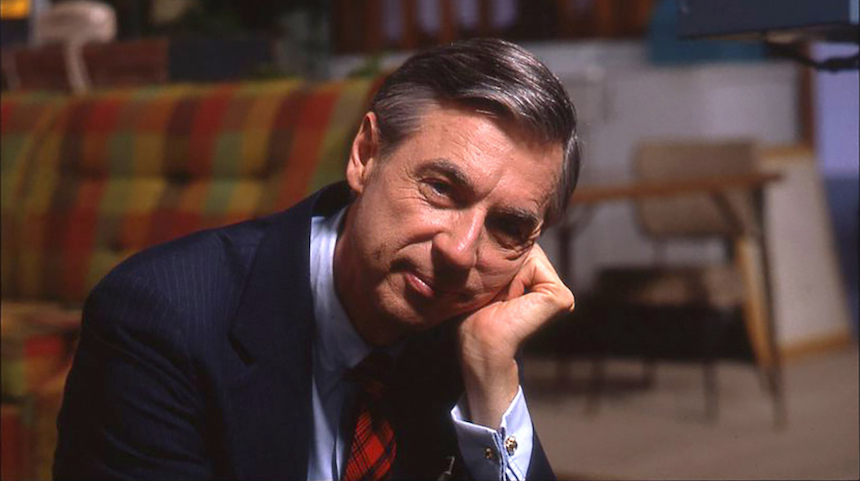 A timely and timeless documentary, Morgan Neville's Won't You Be My Neighbor casts light on television pioneer Fred Rogers, who for over three decades embodied an unwavering air of simplicity and kindness both on screen and off. Mister Rogers' Neighborhood emphasized an honest and humane portrayal of the current climate's social and political issues for children with his use of puppets and various characters, asking frank questions to his guest appearances and peers with the program's simple setting and low-budget production becoming secondary. Consistently regarded with an empathetic and engaging persona, Fred Rogers had a natural gift for unlocking an inner innocent and curious demeanor, becoming a model figure for young children navigating and questioning thoughts and feelings that were deemed negative or simply easier for parental figures to sweep under the rug. With Neville's use of anecdotal interviews from friends and family, clips from the series' episodes and animated illustrations, Won't You Be My Neighbor renders our defenses at ease and asks us to thoughtfully consider our own civility in the world at large.

In a pop culture world satiated with fast thrills and noise, Mister Rogers' Neighborhood ventured on the path less chosen in television, asserting mindfulness and frequent silence rather than verbal and physical bombardment during its half hour programming. Fred Rogers allowed space for individuals on his show to contemplate their responses as he participated as an active listener, posing brief and succinct questions and reminding us what a virtue patience can be. One guest's interview recalls how Rogers' genuine communication "scared the shit out of [him]", illustrating how rare moments of intimate compassion can be in our day-to-day interactions. In stark contrast to our constant onslaught of immediate and often mindless consumption of social media and political updates, Rogers elicits a conscious mindset of profound simplicity, using relatable and clear narratives and defining his primary goal as guiding children "through some difficult modulations in life".

Neville's documentary includes sporadic and brief animations depicting Fred Rogers as a lone tiger to highlight the host's own prior experiences as a child. Memories of isolation and getting bullied as a kid at school often led him to depend on his own company and music as a means to cope with depression. Rogers' family often didn't allow the space for him to express his childhood anger and authentic self, bringing with it repercussions that affected how he communicated with his wife and children years later, preferring to rely and express these types of emotions in familiar puppet-like voices. As resolute as Fred Rogers was in seeing the good in people, Won't You Be My Neighbor also sheds light on the TV icon's hurt and near defeat in regards to the September 11th attacks and the world's current anxieties. Yet the documentary's underlying message remains the same, reminding us that "love is at the root of everything", and that our ability for universal human kindness is not something that falters or fades with time.