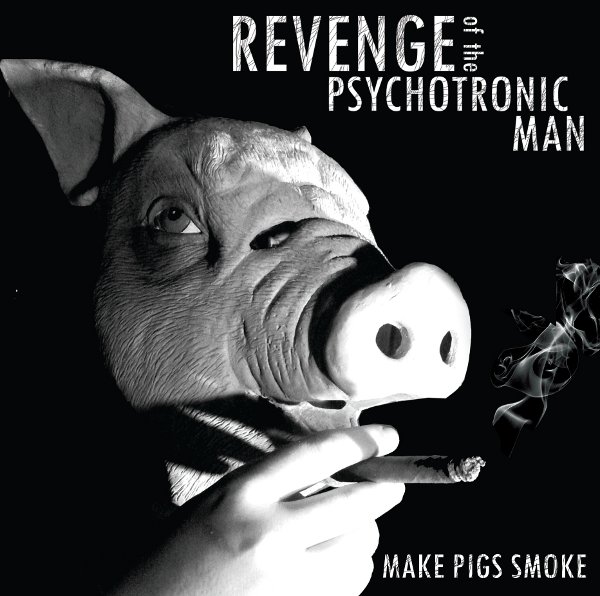 Album Review
Revenge Of The Psychotronic Man
Label: TNS Records
Reviewed by Waxy Buildup
I'm gonna start off this review by saying that this record smokes! A little word play on the title, "Make Pigs Smoke" but hey it works.

This trio have got it down. 14 songs in 18 minutes, who could ask for anything more. I could go on blah, blah this and blah blah that, but all I'm gonna say is find this record! Listen to it every day, preferably in the early morning and your day will go as fast as these songs do. And that is not a bad thing.

All the songs are fast, tight and loaded with energy. These guys pack a lot of music into just over a minute per song and that's ALL THEY NEED.

If I had to pick a favourite, it would be song #3, "mines a pint". But at 18 minutes it's best just to play the whole damn record. Maybe the next record will be an opus and clock in at 36 minutes and have 28 songs?

Ahh, one can only hope. Thanks, Revenge Of The Psychotronic Man for making a great record! I can hear a few influences but this band definitely has their own sound and that is getting harder to find these days.

Like I said, do yourself a favor and buy this record. I know 18 minutes is not a lot of time but when it's quality time you can't beat that with a stick. Well ya could but...