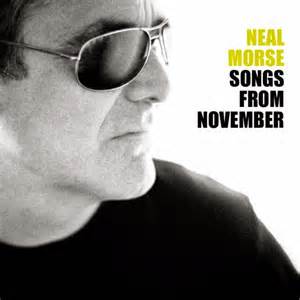 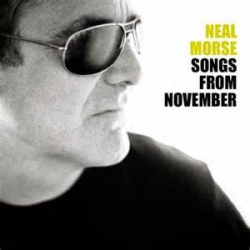 Songs from November is truly a mixed bag, as its few gems are scattered around several instances of Morse exploring fully a level of superficial sentimentality he’s merely hinted at before.

To many, Neal Morse is among the most iconic and important progressive rock artists of all time. As fans have seen time and time again via his remarkable work as a solo artist (as well as a member of Spock’s Beard, Transatlantic, and Flying Colors), Morse is an incredible musician and composer. However, unlike many of his equally skilled instrumentalist contemporaries, he’s also among the best songwriters of his era. In fact, he originally set out to be a more traditional singer/songwriter before veering towards trickier templates (a subject he’s explored in-depth on his autobiographical Testimony albums).

In other words, Morse should never be faulted for taking a break from his trademark flair to craft simpler, more straightforward structures—that is, unless the songwriting itself is lackluster, as is the case on his newest release, Songs from November. Rather than offer more gorgeous melodies and profound ponderings (as he’s done countless times prior), the eleven songs here are, well, significantly less imaginative, deep, and sufferable than you’d expect. To be blunt, they feel cheesy lyrically and uninspired melodically, which is truly a shame.

Of the album, Morse says that while he still adores prog as much as ever, he often finds himself “attracted to 'feel good' singer-songwriter albums like a Jackson Browne or Graham Nash record. So one day I thought to myself, ‘I'd like to make an album like that!’“ In addition, none of his usual players, such as bassist Randy George and drummer Mike Portnoy, are on this one; instead, he collaborated with only one other person: Gabe Klein, an eighteen-year-old drummer. Taking this approach into consideration, it’s surprising how robust the music is here; each track sounds lively and lush, with plenty of great instrumentation. Still, Morse’s work has always had top-notch production and arranging, so it doesn’t make up for the unusually inadequate songwriting that fills Songs from November.

For example, album opener “Whatever Days” explores Morse’s former carefree singlehood; this would be fine if his words weren’t so weightless. His vocals are as strong as ever (especially the harmonies), and the inclusion of horns is a nice touch, but the song itself, like many of the tracks here, is too superficial and forgettable. It’s pleasant to the point of being corny, which is disappointing since Morse has shown great skill at exploring much deeper concepts. The same could be said for “When Things Slow Down” and “The Way of Love.”

Likewise, “Flowers in a Vase” oozes lame sentimentality with its easygoing tale of love. It’s definitely a spiritual sibling to Graham Nash’s “Our House,” but it’s not as interesting or unique. Later on, “Love Shot an Arrow” is soulful and foreboding, with a nice inclusion of strings, yet its central topic is dismissible.  Perhaps the worst offender of this trite expression is “Daddy’s Daughter,” which, as you can guess, is a reflection on how his daughter has grown into the young woman she is today. Having lamented the tragedy his family almost experienced in the stunning “Jada” (from Testimony 2), Morse has all the reason to be grateful to “know this kind of love,” but that doesn’t mean that it’s necessary (or even worthwhile) for listeners to experience it too. It just sounds too soppy and easy.

Luckily, there are a few very good selections on Songs from November, such as “Song for the Free,” an energetic and catchy ride made especially invigorating because of its hypnotic percussion, orchestration, and harmonies. In a way, it’s like a warmer version of “It’s for You” (also from Testimony 2). Its successor, “Tell Me Annabelle,” is touching and thoughtful, with sophisticated enough phrasing and poeticism to give it true substance. Without a doubt, the best song on the LP is “My Time of Dying.” A delicate balance of acoustic guitar arpeggios and mournful strings complements Morse as he considers his mortality; melodically, it evokes Transatlantic’s “Bridge Across Forever” (another tearjerker) just a bit. Really, Morse has rarely been this touching, which is saying something.

Songs from November is truly a mixed bag, as its few gems are scattered around several instances of Morse exploring fully a level of superficial sentimentality he’s merely hinted at before. And please trust me when I say that I really wanted to like this record more, as I cherish just about everything he’s released previously (for instance, Spock’s Beard’s Snow is one of my favorite albums of all time, and I could listen to any of his other solo works endlessly). When all is said and done, Songs from November simply doesn’t possess the same quality of songwriting as his other efforts, so it’s ultimately a disappointment when compared to them. In the grand scheme of his entire body of work, though, this is a mere misstep, so there’s no doubt that he’ll blow away fans once again on the next go-round.