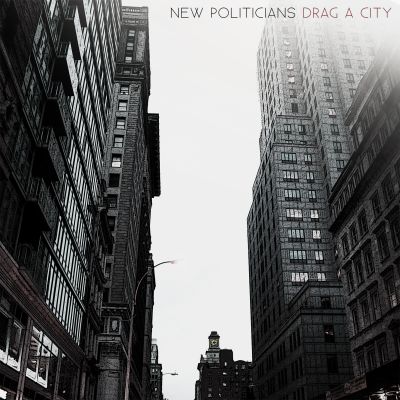 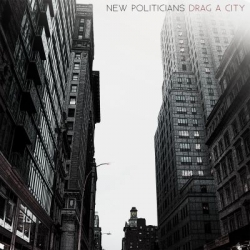 The post-punk foursome from New Jersey releases a moody, but exciting and impressive 2nd EP.

The twin brother of Interpol is alive and well, and residing in Centerville, NJ of all places!  And while New Politicians may be indebted to Interpol’s MO, the band does it justice and then some.  Band members Renal Anthony (vocals, guitar), Winston Mitlo (bass), Gian Cortese (guitar, keyboards, vocals), and Evan Glickman (drums) are adept at creating and sustaining a pervasively moody, yet eminently exciting atmosphere.

Debut EP Alpha Decay was released this past March and the impressive second EP Drag A City is out soon.  Both stir the listener’s emotions with a restless pacing, ear-pleasing guitar runs, and Renal’s reflective, but assured vocals where he downshifts into minor tones at the ends of his phrases.  Even relatively slower numbers like the reeling “The Idealist” (from Alpha Decay) and heartfelt “Drag A City” have an innate energy built from the pronounced drum beats and beguiling guitar lines.

The band treads into Interpol-like lyrics territory, but with a delicate step and, many a time, with more complex lines.  Vivid to mysterious words run through each song, including the telling “I’d drag a city down for you / the weight of the world on my shoulders…” from the EP’s title track.  Relationship-centered themes permeate Drag A City, from the love and betrayal found on the loping “The Length of Our Love” to the brief respite accorded to the lovers of the transporting “Sail Away”.

The remnants of a relationship are dissected on the fast-paced “Are We the Dining Dead?” as Renal sharply exclaims with matter-of-fact stoicism “Let’s find this place by filling our lonely lives with callous lies / We fill this space by killing the only days we had it right”.  Complicated lines, but Renal slides through them with resigned ease amid a determined drum beat and the wiry ring of angular guitar notes.  Why this unsigned band hasn’t been immediately snapped up by a record label is beyond comprehension.  New Politicians has my vote!

I, Of Helix “Isolation”

Prog metal leader Between the Buried and Me dominated Philly’s TLA on October 19th.