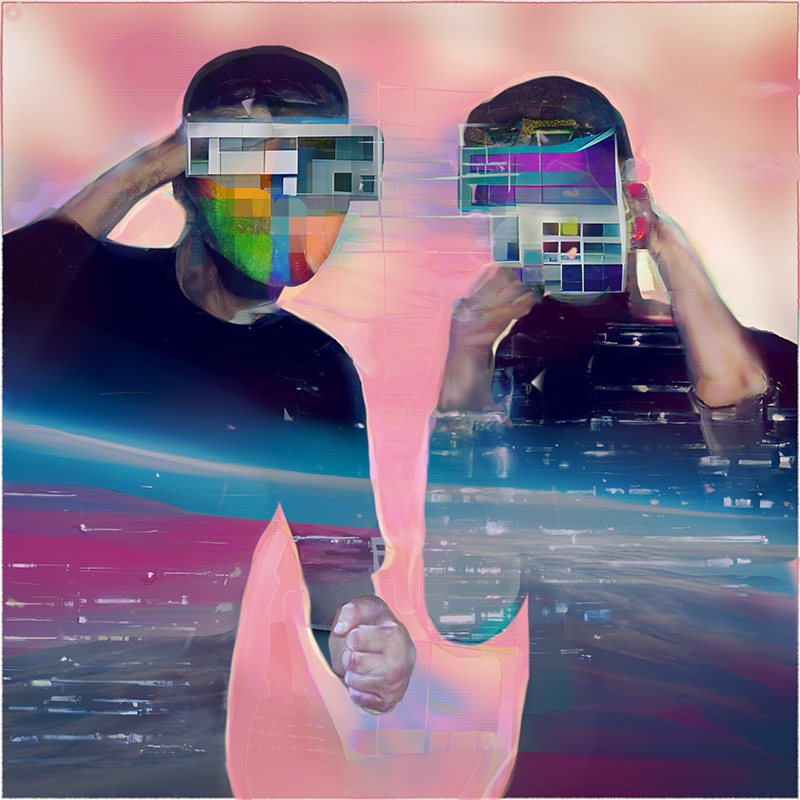 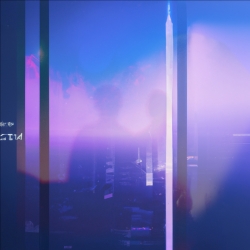 Social Media (John Messina) and Shocking Twist (Eric Holsten) first met by chance in a New Brunswick dorm room over 10 years ago.  The pair of artists, consisting of John (Pynkie, Diap, Curled Up, Papermaker) and Eric (Grilled Cheese, Tape Club) bonded over a mutual appreciation of Brian Eno and experimental electronic music.  Frequent insomniacs, the musicians traded off sending each other music at odd hours for years until they began working together in earnest. The two have combined to form a sort of super Indie Pop / Synthwave duo and are releasing their debut "CBDJ EP" on October 28th. In advance of the EP the duo has already dropped the epic track "half smile" and today are premiering the EP's title track.

Eric Holsten aka Shocking Twist says "Our writing process is a bit of creative magic happening in real time--typically, we will set up a bunch of gear to play with.  John will usually bring his synthesizer and voice pedal, and I will have some strange nosiemakers, bells, etc set up with a few microphones.  We begin songs by adding layers of improvisation onto the same file to get a texture we both enjoy, then we will begin carving out sections which eventually become verse, chorus, middle eights." He later goes on to explain that most of their new EP was written this way.

His counterpart John Messina aka Social Media has stated "Part of our theme in this EP was the constant bombardment of notification and consumerist, hyper-stimulated modern life. What I was attempting to convey was that these electronic forms of communication, the mass number of these communication systems that are out in the world, and the scale of the networks that are in our everyday lives at this point, is overwhelming, sometimes more than we can take in".

In todays premiere it's easy to hear that these two entities working together make beautiful music that transcends genre's and pulls in a host of musical influence to make a pleasing end result.

BROOKLYN BASED HYPEMOM RELEASE A DUO OF KILLER SINGLES