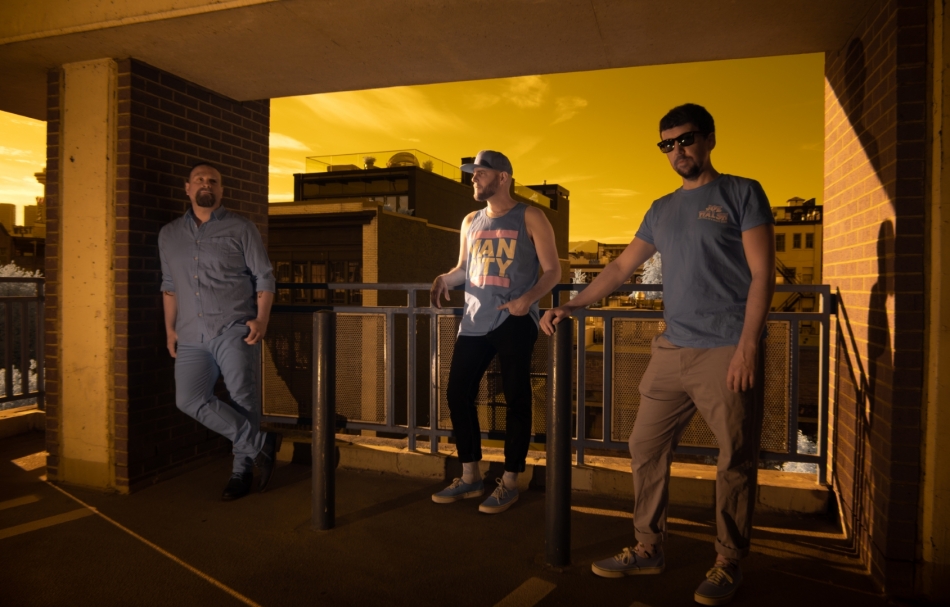 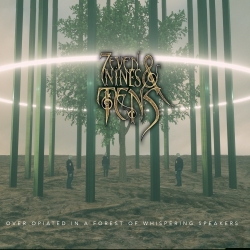 Over Opiated in a Forest of Whispering Speakers, the new album from Seven Nines and Tens, introduces vocals to the Vancouver band’s blend of progressive post-hardcore and shoegaze. The vocals debut on album opener “Popular Delusions” and sound like a softer version of an Alice in Chains-style harmony over thick, cotton-sonic waves of thunder.

“Throwing Rocks at Mediocrity” again rolls out a controlled, tapered vocal harmony, but this time over picked-out single notes that sheen over a stuttering beat. Then a dramatic guitar and bass figure diverts the song into a confident strut that sets your head nodding yes. The song slows, expands, explores until it finds enough room to explode in slow motion.

I wondered if the vocals were too consistently restrained. But, with a little time, “Throwing Rocks at Mediocrity” turns its attention outward, then upward, reaching cruising altitude after 3:35. The drum work rounding out the song’s finale not only sounds great, it feels great.

The album’s promotional copy notes that, when writing the record, Seven Nines and Tens performed live with bands like Alcest and Pinkish Black. I can hear those bands’ influences, and I hear the influences of bands including Tool, Alice in Chains, and Black Sabbath.

The fourth song, “Let's Enjoy the Aimless Days While We Can,” starts softly, “You’re everywhere and nothing. Don’t tell me we can’t pull this off. It’s a far cry from a factory life. Permanence of the firmament.” These fever-dream lyrics lead to a churning riff overdriven with fuzz, a tentative, plodding bass and drum fall in behind, and the song labors, barely able to lift its lids. Heavy reverb blurs the edges of the vocal, which struggles under the subsea tones of the guitars. The song is a sailing stone.

But “Edutainment” offers a dramatic lift. The rhythm section engages with a syncopated beat and challenging bass line—together, they complement the even, chanting vocal harmony. The verse returns with guitars added to the arrangement. Then the song transforms, and by Jove, at 3:15, the album hits a second high, lifted by the surrender in the lyrics and vocal, “It’s going to end just like it started.”

Over Opiated in a Forest of Whispering Speakers was released January 7 and is the third album from Seven Nines and Tens. For this release, the band signed to metal label Willowtip Records.