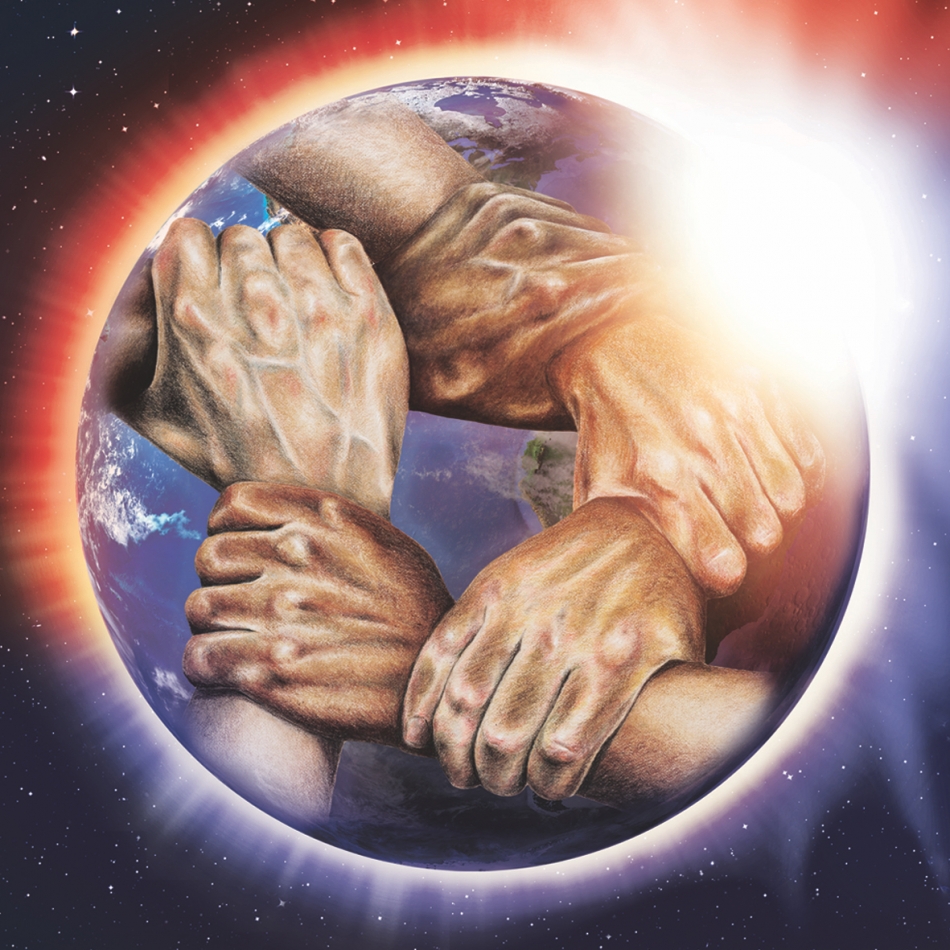 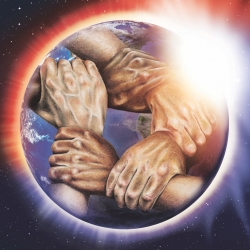 Welcome to the Planet soars as both the successor to Common Ground and as the unforeseen swan song of the band’s late singer, David Longdon.

It’s impossible to discuss Welcome to the Planet without acknowledging David Longdon, whose extremely unfortunate and sudden passing last November pained countless progressive rock aficionados around the world. For over a decade—from 2009’s The Underfall Yard to 2021’s Common Ground— his affectionately powerful voice, poetically historical lyricism, and generally affable personality helped Big Big Train arguably become the genre’s brightest star. As such, Welcome to the Planet should now be assessed as the successor to Common Ground and as the swan song of the band’s late singer. Happily, it soars in both senses, bolstering the Longdon era as one of the greatest sets of records in modern progressive music.

Likewise, Spawton explains: “The experience of the pandemic has shown us that we need to make the best use of our time on Earth. With that in mind and with new band members on board giving us a fresh head of steam, we decided on a speedy return to the studio to write and record Welcome To The Planet.” Of course, its speedy creation doesn’t necessarily mean a dip in quality; on the contrary, Welcome to the Planet easily measures up to much of the group’s past works, so there’s little doubt that fans will adore it and applicable journalists will cite it as one of 2022’s strongest sequences come December.

Perhaps more than anything, Big Big Train are known for delivering brightly sophisticated compositions full of life-affirming fervor. As its title suggests, opener “Made from Sunshine” does precisely that, with Longdon, Lindley, and Sjöblom stacking lovely melodies and words (“You’re everything / Make our hearts sing in time”) over a densely jubilant hodgepodge of horns, acoustic and electric guitars, piano, percussion, and other regale timbres. Later, the slightly symphonic acoustic ode “Capitoline Venus” is even more unassumingly radiant thanks to its modest instrumentation. Then, “Proper Jack Froster” returns to full-bodied exquisiteness, exhibiting once again the band’s sublime penchant for abrupt yet fitting shifts in melody, rhythm, and intensity. The penultimate “Oak and Stone” is gentler and more rustic, while the closing title track is impeccably dynamic since it transforms from heavenly ode to cosmically carnivalistic celebration and back again.

Some other tunes pack more urgency and/or dourness, such as the relatively tense and temperamental “The Connection Plan” (on which D’Virgilio proffers a typically captivating chorus). Afterward, “Lanterna” is a characteristically novelistic passage that oozes celestial harmonies and intricate magnificence. (It’s lyrical link to the prior outing—“We made the land our common ground / We made the sea our common ground”—is a clever way of cementing the pair as two halves of a larger statement.) In keeping with convention, boisterous instrumentals “A Room with No Ceiling” and “Bats in the Belfry” pack as much peculiarity as they do pathos, each implementing novel textures to simultaneously stay the course while setting themselves apart from earlier jams.

Big Big Train always do a superb job of shaking up their formula just enough to surprise without deviating too far from what devotees expect. Welcome to the Planet is no different, as everything about it—including its artwork—connects to Common Ground and/or their post-2000s persona as a whole). That’s never a bad thing, though, because it’s always immensely satisfying and impressive, continuously fortifying them as a truly unique act within the progressive/art rock field. Though heartbreakingly unintentional, Welcome to the Planet also functions as the best farewell possible to Longdon. Uplifting and communally enriching, it’s a testament to his altruism and friendliness, and it's guaranteed that whatever Big Big Train do next—whenever and with whomever—it will uphold that legacy.