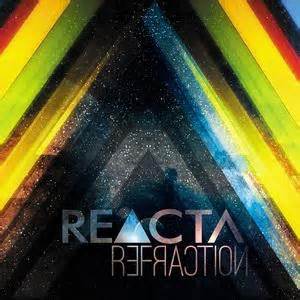 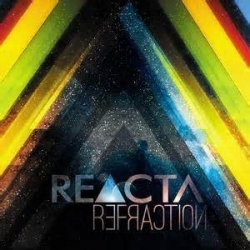 A charming and ambitious debut that manages to circumvent unoriginal approaches with inventive production.

These days, alternative rock bands are a dime a dozen (just as they've been for the last twenty years, to be honest), so it can be very difficult for a new act to establish itself as something special. Fortunately, Mexican sextet Reacta does just that on their debut LP, Refraction. Full of shimmering guitars, silky melodies, a thoroughly engaging momentum, and some interesting production choices, the record is a joyous listen from beginning to end. It’s not the most original or diverse collection of songs, but it is very charming and heartfelt, which makes up for the familiar qualities.

The group formed in a few years ago in Aguascalientes as an instrumental band. Eventually, though, they hooked up with vocalist William Merritt Hendricks (who is now credited as Merrit Williams). Clearly, this collaboration makes for a curious blend of influences. They describe the theme of Refraction as “an exploration into the power that can be derived from reveling in simple emotions.” Sonically, they credit Incubus, The Killers, and Explosions in the Sky as major influences (I would add Panic! at the Disco to the list). Overall, Refraction succeeds because of the way its electronic elements mix with its rock basis, making it an especially dynamic venture.

A sparse bass line and hip melody introduces “Lost,” the opening track. Before long, the other instruments chime in with cool textures. Halfway through, the instrumentation becomes a bit more intricate and ambitious, which helps elevate it as a whole, and most of the dissonance dies down for the closing moments. It’s a great way to start. “Back Home” is even more immediate and catchy; it would fit perfectly on mainstream radio, and it segues into the more meticulously crafted “Puzzles” cleverly. Looped guitar techniques and glitz timbres blanket every second of the piece, providing intriguing decorations throughout.

Later on, “Complication”—the longest track on the record—initiates dramatically, with piercing guitar work and synthesizers complementing Williams’ urgency. It’s here that he really sounds like Brendon Urie. A little more than halfway through, the first section dissolves into slow atmosphere, evoking  the conclusions of several Mars Volta works.  “Skyscraper” is another fast, hook driven entry, while “City of Lights” bursts with poetic romanticism and imagery. Refraction finishes with “Storyline,” a heavy afterthought with production similar to that of Linkin Park (save for the hip-hop moments).  It’s a fine way to go.

Refraction doesn’t feel markedly varied or new, but it’s a pleasant experience nonetheless because it’s charismatic and self-assured.  The sextet manages to implement some uniqueness into their aesthetic, but for the most part there isn’t anything here that you haven’t heard before. Still, what they do do, they do well, so if you’re a fan of the genre, you’ll no doubt enjoy what Reacta has to offer. With any luck, they’ll continue to grow with subsequent releases.

Cynic - “Kindly Bent to Free Us”