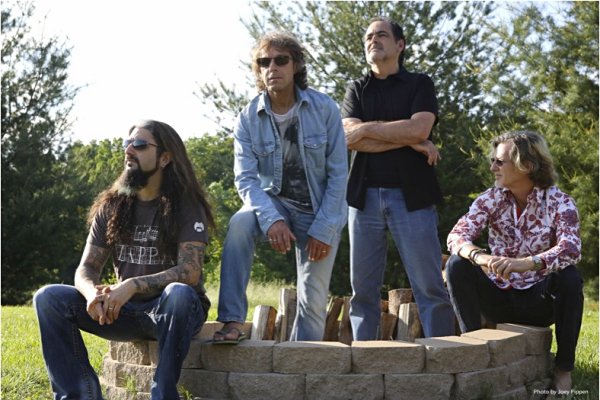 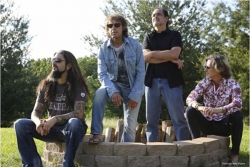 The progressive rock quartet performed their incredibly intricate and colorful music with precision and joy this past Saturday night.

Famed prog supergroup Transatlantic is revered for bringing its colorful and intricate music to the live arena with plenty of visual flair, bombastic showmanship, and even a bit of humor (they're the first to joke about how virtuosic and ambitious they are). Having just released their fourth studio effort, Kaleidoscope, the quartet recently set out on a North American tour (before embarking on other countries afterward). This past Saturday, February 8th, they blew the doors off the Keswick Theatre in Glenside, PA. It was an unforgettable night.

In case you're not familiar with them, allow me to set the stage for you. Transatlantic was formed in 1999 by Neal Morse (Spock's Beard, Flying Colors), Mike Portnoy (Dream Theater, Flying Colors, The Winery Dogs), Roine Stolt (The Flower Kings, The Tangent, Kaipa), and Pete Trewavas (Marillion, Edison's Children). Naturally, they came onto the scene with a plethora of fans already waiting in the wings, and fortunately, they haven't disappointed them yet. Their first two outputs, SMPT:e and Bridge Across Forever, each featured a short track listing composed of shorter works and a few lengthy suites (as is the staple of progressive rock, after all). With their third effort, The Whirlwind, they decided to craft a single 77 minute piece (broken into a dozen parts). Many fans (including myself) still think it's their best release. As for Kaleidoscope, its format recalls the first couple records, and it's another stellar collection of complex, eccentric, and catchy tunes.

As for the Keswick show, it began with the first track from the new full-length, “Into the Blue.” Morse's token keyboard pattern led into explosive and prophetic instrumentation by the band, and the crowd went wild. As usual, Portnoy begged the audience to be as loud as possible during the trickier moments (he even said that Philly was “a true prog town”), which is a testament to how communal the gang views their shows. Guest vocalist Ted Leonard (Spock's Beard) stood in for Daniel Gildenlöw (Pain of Salvation), who usually acts as a fifth member during tours (he appeared on Kaleidoscope as well). He commanded the scene with his contribution, and he received plenty of support from the room. It was charming to see him and Morse sing together, since the former is the newest singer for the band that the latter formed roughly twenty years ago. On the whole, it was an exceptional (if also expected) way to start things off.

Afterward, they performed a killer version of “My New World” from their debut, which really showcased how their sound has changed over the years (they've become much heavier and more blunt since the early days, which isn't necessarily a bad thing). “Shine” (from the new album) came next, and its poppy melodies and spiritual message (token Morse, of course) were adored by listeners. Actually, many people sang along. Morse joked that the band originally thought he named it after his forehead.

The Whirlwind soon received the spotlight, with several songs (such as “Overture,” “Rose Colored Glasses,” “Is it Really Happening?” and “Dancing with Eternal Glory”) intertwining with brilliant precision. Watching them perform the closing madness of “Is it Really Happening?” was probably the coolest part of the night (it pretty much looked like this), and the band was clearly impressed with itself once they finished. The cheer from the crowd was deafening.

Following this, the rhythm section took a break as Stolt and Morse embarked on a tasteful yet showy guitar duet. It, along with the beautiful “We All Need Some Light” (from SMPT:e), provided tranquility before the musical lunacy began again with “Black as the Sky.” Like everything else, they recreated it perfectly. “Kaleidoscope” came next and finished the main portion of the show. Trewavas seemed slightly modest during his portion, but the support of the band and crowd helped him give it his best shot.

As for an encore, the group performed sections from “All of the Above” and “Stranger in Your Soul.” Portnoy took the mic and said, “Well, we just did a bunch of epics for you. Now we'll portions of two more!” The former was a bit more edgy and forceful, while the latter was more thoughtful and melodic, allowing everyone to get lost in introspection as they rocked out. It was a great way to end the night.

Visually, it was a pretty standard rock show aesthetic; flashing lights complemented each rhythmic change, as did the ever-changing imagery on the screen behind them. Still, they seemed perfectly suited for the moods and intensity of the music. For example, blue lighting helped make the touching moments feel more affective, while red and yellow lights moved sporadically as tempos changes clashed every few seconds. It definitely did the music justice.

Transatlantic never ceases to amaze me, as the quartet constructs and performs near impossible musical feats as if it's nothing. They make it look effortless, which is really an admirable feat. What really makes a Transatlantic show memorable is how personable and relaxed the band is. Neal Morse jumps around his keyboards with great joy, while the rest of the band smiles at each other after every dynamic shift. Like all bands, they're probably at least a little tired of playing the same material night after night (especially when it's this complex and lengthy), but you'd never know it from watching them. A Transatlantic show is both impressive and comforting, and I for one can't wait to catch them again.