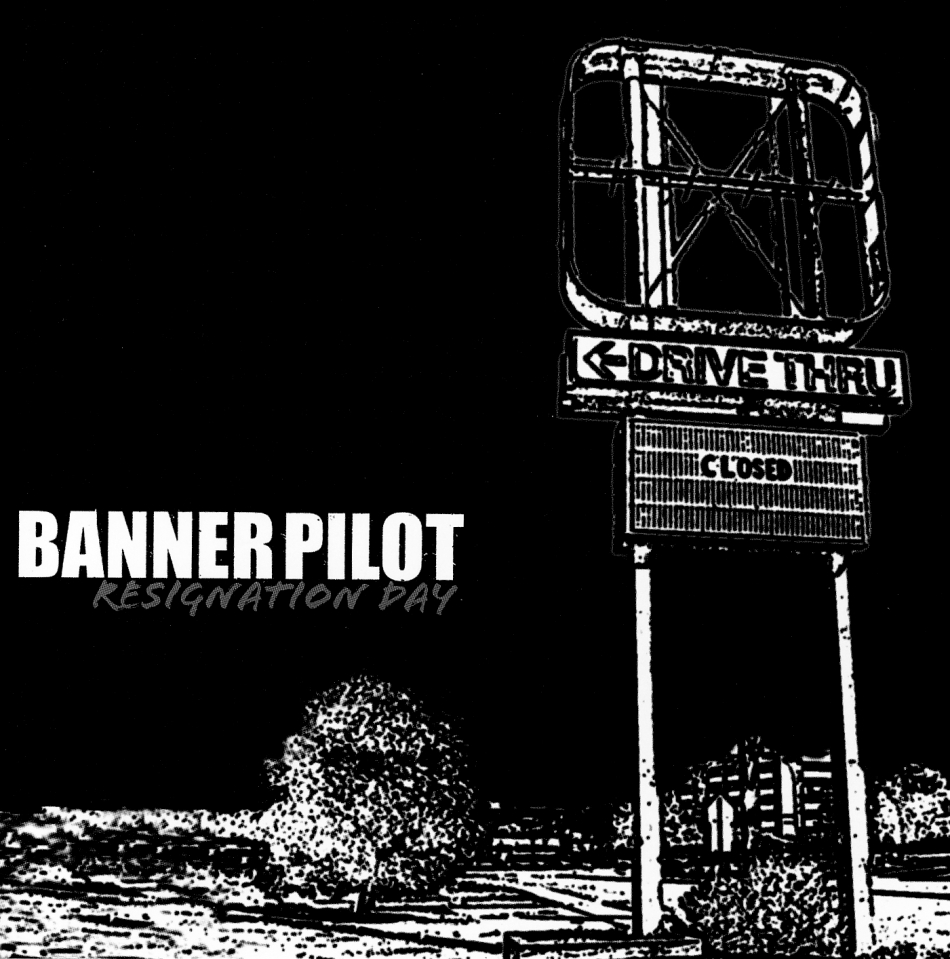 Album Review
Banner Pilot
Label: Go-Kart Records
Reviewed by KeithRosson
Banner Pilot is one of those bands that my friend Jeff would call "suffering from Bad Religion Syndrome." Jeff can't stand that band, simply for the fact that, according to him, all their songs sound exactly the same. My argument's always been yeah, sure, okay. But you gotta admit, it's generally a pretty damn good song.

Same goes with Banner Pilot. I'd freely admit that they're working from a seemingly limited template here ﾖ buzzsaw guitars with plenty of muting going on, uptempo from start to stop, two-minute long heart-punches, some of the best, gravel-throated vocals this side of Lawrence Arms and/or Monikers or Jawbreaker.

With a pedigree that features ex-members of Off With Their Heads and the vastly underrated Rivethead, these dudes are not straying far from what they've been doing for years ﾖ making the words "pop punk" a respectable genre again. The tunefulness of the music, coupled with the raggedness of the vocals (and the fact that the lyrics are consistently melancholic, wickedly laced with metaphor and all-around awesome) totally compliment each other ﾖ one of those instances where, as a listener, I feel a little bit beat down and heartbroken and simultaneously a little bit rejuvenated every time I hear it.

So Banner Pilot hasn't reinvented the wheel here. And if the template they're working from is a limited one, that's okay ﾖ because the end result is still top-notch. The music is still relentlessly catchy, the fervor is still entirely present and discernable and the album as a whole absolutely rips.

File somewhere between the Copyrights, Madison Bloodbath and Ringers. One of the best albums to come out this year.

The Story and the Song

My Brave Love - Heaven In Your Arms