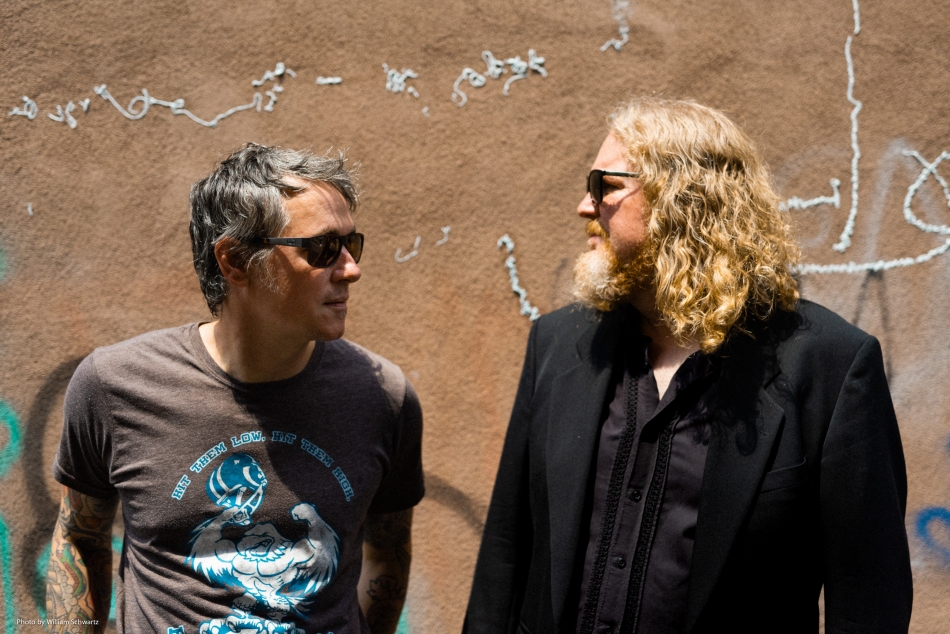 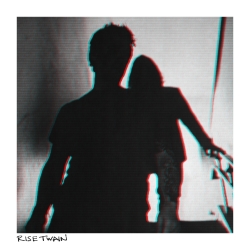 From front to back, Rise Twain rises to the occasion as a sublime partnership between two artists whose individual perspectives and practices faultlessly align into something familiar but renewed.

As soon as Philadelphia-based duo Rise Twain announced their self-titled debut LP, expectations went through the roof. After all, the partnership comprises Brett Kull (co-lead vocalist/guitarist/songwriter of one of the best modern progressive rock bands, Echolyn) and Jeremy Beck (an accomplished author, playwright, and member of groups like Beck-Fields and The Scenic Route). Plus, one of the leading prog/art rock labels, InsideOut Music, would be releasing it. Unsurprisingly, though, Rise Twain doesn’t disappoint at all. Rather, it evokes the pair’s past triumphs and individual strengths while also making it clear why their partnership is something new and worthwhile in its own right. In other words, every element is gloriously gratifying and commendable, so any fan of exceptional songwriting, arrangements, and singing should check it out ASAP.

They aptly describe the record as wide-ranging, moving from “anthemic to plaintive, grand to intimate, [and] fertile to destructive” with seamless precision. As the story goes, Kull and Beck hit it off as the former was producing a record for The Scenic Route.  In particular, Kull compares him to Jeff Buckley and notes how he was “immediately drawn to his vocals. He’s such a strong singer.” Although it’s not a conventional progressive rock outing in the ways fans might expect, it is packed with what Beck calls “openness through simplicity and allowing the complexity of music to exist without the necessity of overly packing it or overly processing it. . . . There’s some coloring with strings and other embellishments, but it really is something very simple and stripped down.” Indeed, the album’s emphasis on blissful harmonies, lusciously hospitable instrumentation, and top-tier songwriting over self-indulgent complexity and verbosity is what makes it such a richly laudable and long-lasting experience.

To say that there are no hints of their other work within Rise Twain would be a lie, though. For instance, “Lit Up” and “Into a Dream,” while obviously less playfully intricate, instantly conjure the deeply heartfelt and pastoral charm of Echolyn essentials like As the World and The End is Beautiful. Likewise,  “The Range” finds Beck very much channeling the dreamy arid plaintiveness of Scenic Route tracks like "Seasons" and "Wreckage." Of course, these entries also feel fresh enough to not be too reminiscent of the past, but the parallels are certainly there.

Beyond that, Kull and Beck conjure a finer balance of their respective traits into a more original formula. Opener “Everspring” begins with dense, almost Southern rock crashes of despair before delving into gospel-esque harmonies and sleek guitar lines over waltz syncopation. In contrast, “Golden” is slightly sharper and more surreal, with lovely intersecting vocals and dynamic shifts juxtaposing panicked complexity and laidback reminiscence. “Death of Summer” is a patient and heavenly ballad decorated by block harmonies, acoustic guitar strums, and poignant pianowork. It’s surrounded by the quietly lamenting yet robustly uplifting “Oh This Life,” the forcefully multifaceted “Falling Skies,” and the heavenly closure of closer “That is Love.”

From front to back, Rise Twain rises to the occasion as a sublime partnership between two artists whose individual perspectives and practices faultlessly align into something familiar but renewed. While one of the two men is often leading the charge, it’s clear that they’re entirely egoless the whole time, focusing just as much on complementing each other’s presence as on making themselves stand out. Thus, the entire sequence seems like a beautifully bucolic shared vision instead of a compilation of two individual collections. It’s truly one of the most gracefully candid records you’ll hear all year.