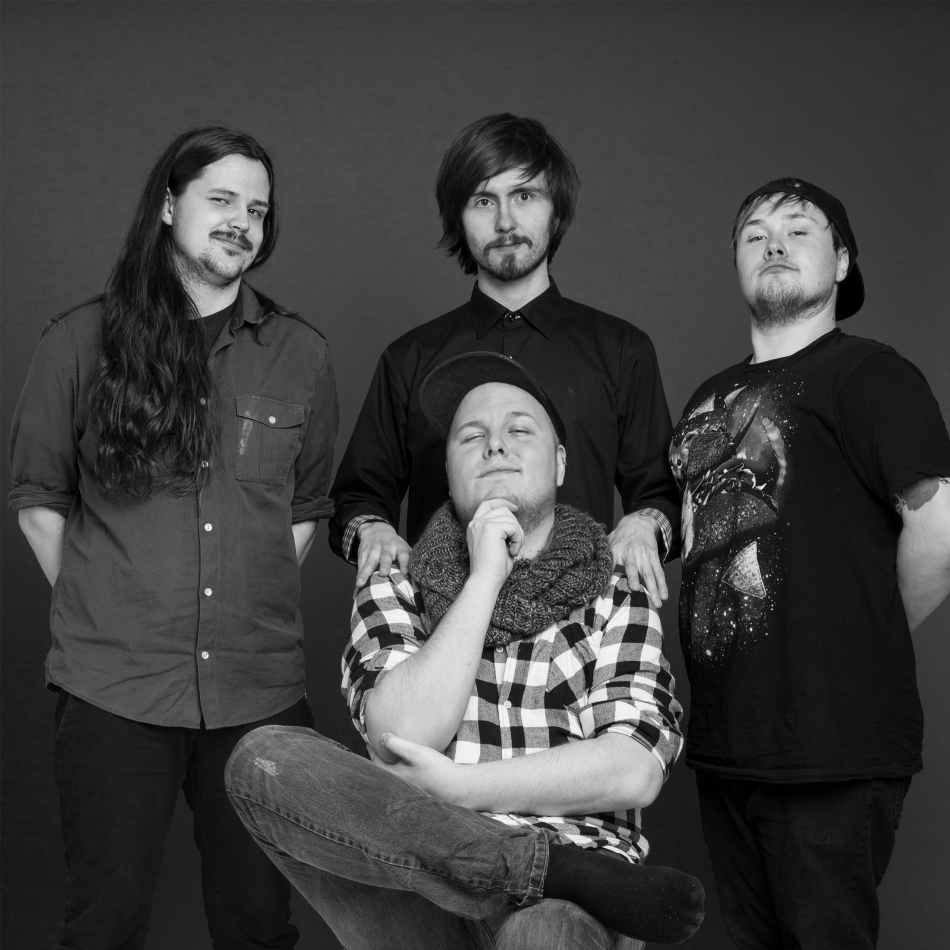 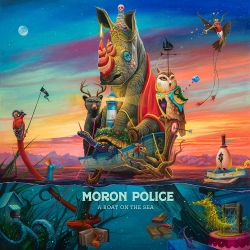 Moron Police make sure that every second of A Boat on the Sea bursts with pleasurable feelings and sophisticated structures.

Formed a decade ago and featuring members from the ingeniously off-the-wall Norwegian rock band Major Parkinson, Moron Police has built a sizeable following by offering a comparably wonderful pair of vibrantly technical, playful, and catchy LPs. It’s no shock, then, that their third full-length voyage, A Boat on a Sea, upholds that magic in every way. Brighter and bouncier than its predecessors, its colorfully complex musicianship and luscious sing-along melodies make it a consistently captivating must-own gem for fans of progressive rock, jazz fusion, and even flat-out fun pop/rock jams.

A Boat on the Sea finds Moron Police veering away from their prior metal aesthetic to instead capture a lighter and freer tongue-in-cheek ride (albeit “with an underlying current of Scandinavian melancholy”). In a way, it combines the mesmeric—and occasionally perverse—hooks of Beardfish; the heavenly density of Moon Safari; and the highly inviting yet intricate instrumentation of Umphrey’s McGee and Snarky Puppy into a fascinatingly flamboyant stew. Even its gorgeously creative cover—once again designed by DULK—lends a perfect sight to the sounds contained within.

At roughly half an hour in length, A Boat on the Sea makes excellent use of its short duration and leaves you yearning for another trip ASAP. Brief opener “Hocus Pocus,” for instance, is a downtrodden but richly rustic introduction permeated with earnest harmonies, tight percussion, bittersweet piano playing, and poetic lyricism (“Awake the gods from slumber / Let them see all of the things we have become”). Afterward, “The Phantom Below” storms in with a radiance of dreamy timbres, urgently bubbly keyboard, drum, guitar, and orchestral flourishes (courtesy, in part, to several guest players), and an all-around hopeful air. Lead vocalist Sondre Skollevoll adds to the celebration with his warmly deep phrases, cementing the track’s power as the perfect mixture of virtuosic arrangements and vivacious accessibility.

Thankfully, the sequence never loses steam as it carries onward. The soulful “The Invisible King” charms with its hearty, almost carnivalistic raucousness and sardonically sexual wordplay (“Warlife is a sweet life‚ baby / We’re going up or going down / Whatever you prefer” and “We’re getting paid for getting laid / Straight into the ground”). Later, “Beware the Blue Skies” seizes the poppy cordiality of the criminally underappreciated Echolyn before “The Dog Song” presents a amiably communal shanty adorned by lovely vibes. The unbridled symphonic and melodic splendor of lead single “Captain Awkward” immaculately channels the wacky charts of influences like Frank Zappa and Devin Townsend around a short folk rock detour. Lastly, the penultimate “The Undersea” provides a slightly more straightforward (but still quite multifaceted) trajectory prior to closer “Isn’t It Easy” acting as a tribal tour-de-force farewell that’ll undoubtedly put a smile on your face.

Like the work of their analogous peers and progenitors, A Boat on the Sea shows how you can harness intimidatingly advanced skills while doing all you can to welcome your audience and not take yourself too seriously. There isn’t a dull or incongruous moment here; instead, Moron Police make sure that every second bursts with pleasurable feelings and sophisticated structures. There are even some low-key and/or sorrowful sections thrown in for an even more dynamic spectrum, ensuring that A Boat on the Sea represents the peak of the band’s abilities as composers and performers. It’s truly stunning from start to finish.