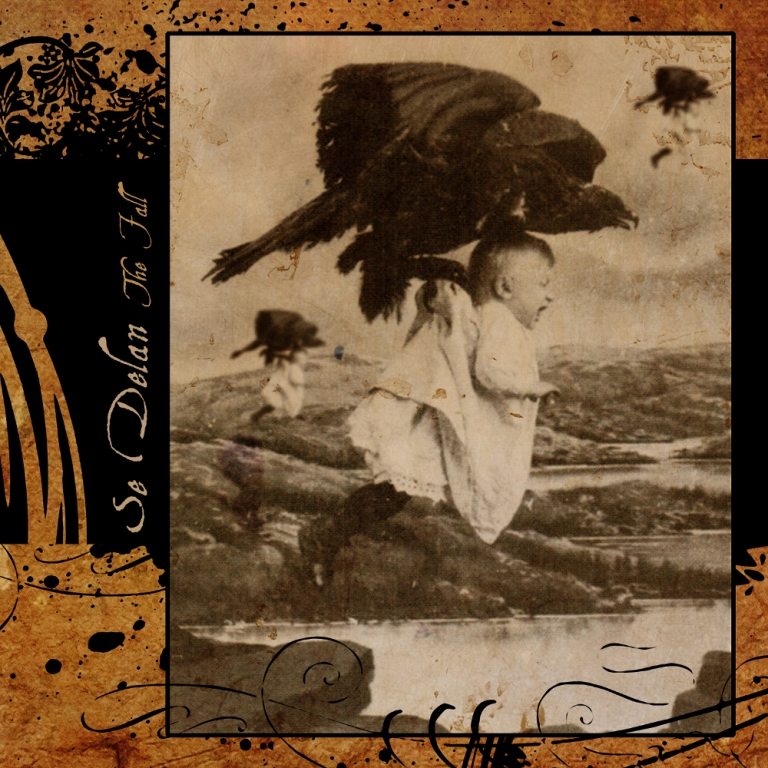 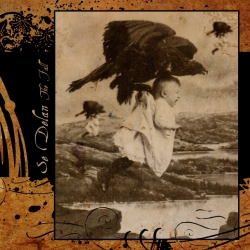 Rather than aim for lengthy songs, virtuosic arrangements, and grandiose ideas, the album features warm yet solemn atmospheres and subtle yet alluring melodies.  It’s a fine debut, to say the least.

Charismatic duo Se Delan is the newest act to be signed to Kscope, a revered label known for its “post-progressive sounds” and incredible line-up, which includes genre stars like Anathema, Gazpacho, Amplifier, Steven Wilson, and The Pineapple Thief. Considering its peers, then, it's surprising to note how laidback and relatively simple the music on the group’s debut LP, The Fall, is. Rather than aim for lengthy songs, virtuosic arrangements, and grandiose ideas, the pair constructs warm yet solemn atmospheres and subtle yet alluring melodies.It’s an enticing and moody introduction to a band that definitely earns its place amongst so many dazzling siblings.

Comprised of multi-instrumentalist Justin Greaves (Crippled Black Phoenix) and Swedish vocalist Belinda Kordic (whose wispy voice is both seductive and haunting), the record is an interesting blend of folk, shoegaze, rock, and pop, like a wonderful blend of Alcest, Of Monsters and Men, and Lady & Bird. As you might’ve guessed, Greaves crafted the music while Kordic wrote the melodies. Although it’s arguably a bit too cyclical in arrangement and melody, The Fall is a chilling and beautiful examination of life.

“Intro” starts off boldly and densely, with cataclysmic combination of percussion, guitar chords, and piano inviting us to bask in Kordic’s devastation. It quickly transitions into a more somber and quiet ambience as she hums with ghostly accompaniment (a juxtaposition similar to the dynamic brilliance of Gazpacho’s latest opus, Demon, actually). It’s simultaneously welcoming and unsettling, making for the first of many great artistic visions. “Chasing Changes” comes next and instantly recalls Tool in its droning, repetitious backing (although it’s certainly more rustic and less aggressive). Kordic sings as if she has angels on her tongue, which makes for an interesting contrast to her more weighty words. Her tone exudes the regret and longing of a lost spirit, and Greaves music is a fascinatingly understated complement; it even shifts a bit halfway through the track, evolving ever so simply as Kordic repeats the title of the track amidst her own harmonies. It’s sweetly breathtaking.

A bit later, “Little One” takes a slower and more romantic approach, with a waltz rhythm and aching delivery. The main acoustic guitar riff is balanced nicely with piano mimicry, as well as rich cymbal crashes and soaring effects, such as nearly indecipherable strings. It fades out with a sullen lone piano melody, leading into the more hopeful and playful “Today” confidently. There are hints of Anathema’s latest structures throughout, as well as touches of Nosound’s reserved air. Interestingly, “Tonight” takes over next and brings back a waltz time; however, this one is more direct, dreamy, and heavy overall, like a ballad perfect for an early David Lynch project.

“The Hunt” is more sinister and avant-garde, with ominous sound clips and sharp electric guitar lines permeating throughout. It also veers toward grunge a bit, with an ever so faint connection to Nirvana in its recurring central riff. One could imagine Rob Zombie using it for the opening credits of his next film. As for the last two tracks—“On My Way” and “Lost Never Found”—they’re as emotionally frightening as you’d expect. The former owes a technique or two to post-rock greats like Godspeed You! Black Emperor and God is an Astronaut, as its apocalyptic undertones build slowly and never let up. As for the latter, it concludes the album on a more heartrending note; it begins softly, erupts into passionate and detailed solace, and then dissipates into a quiet moment of closure, like the best work of Anathema and Neverending White Lights. It’s powerful and awe-inspiring without being noisy.

The Fall is an incredible debut. It’s not the most intricate or straightforward (in terms of songwriting) release on Kscope, but it’s surely one of the most vivid and affective, which is arguably just as valuable. Kordic and Greaves achieve more than most duos in regard to unique vision, varied musicianship, and overall conducive contributions. In other words, theirs is a creative union unlike any other, with each member offering the perfect counterpart for what the other is doing. It’s a wonderful meeting for sure, and I can’t wait to hear what they do next.