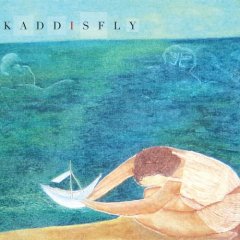 Album Review
Kaddisfly
Label: Sub City Records
Reviewed by Waxy Buildup
I am not a violent person but listening to KADDISFLY'S "set sail the prairie" made me want to buy a gun, just so I could take this disc out to the back 40 and blow it to smithereens. This record comes off as pretentious, annoying and most of all lead vocalist, Chris Ruff's falsetto vocal line endings made my cats run for shelter.

To be fair, I barely made it through the entire record, but hey that's what reviewing records is all about. There's something about a theme with the months of the year and something about the winter and summer solstice if that helps anything. The total sum of which is 14 songs, get it? But it doesn't help. I didn't like this record as if you couldn't tell and I truly like good alternative rock, some times. If it's done right and this isn't. It smacks of wanting to please everyone and make some money getting played on the alt-pop light radio stations that make me wanna puke!

I've been told by friends who heard a few tracks that people that like the Decemberists and Death Cab For Cutie would dig this record. Well... they can have it.

The Conjuration Of Vengeance