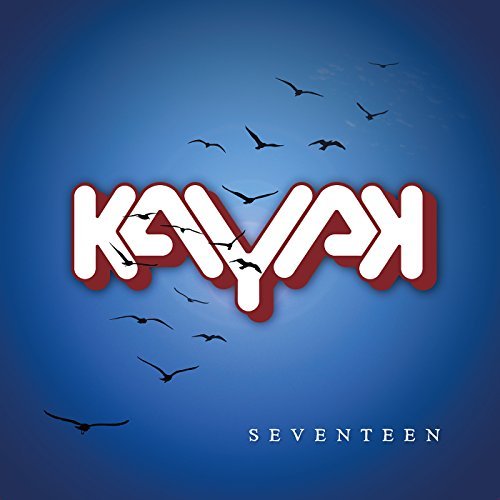 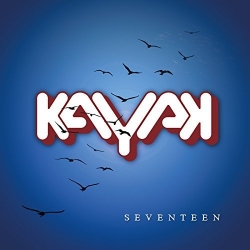 Few, if any, bands with such lengthy legacies are able to produce something as strong as Seventeen.

In the 1970s, the Netherlands—like almost all of Europe—was a plentiful place for progressive rock, with acts like Focus, Golden Earring, Brainbox, and Supersister contributing substantially to the burgeoning subgenre. That said, arguably no other band in the area had as compelling and consistent a discography as Kayak. From 1973 to 1981, they released many classic records (Kayak II, Red Bed Bouncer, and The Last Encore, to name a few), and, following a twenty-year hiatus, they’ve remained quite active since 2000. As a result, it’s only somewhat surprising that their latest offering, Seventeen, is so great. In fact, it would’ve fit nearly seamlessly within their initial run, and it’s a testament to how great some bands can remain several decades down the line.

Aside from founding keyboardist Tom Scherpenzeel, the current quintet—Bart Schwertmann (vocals), Marcel Singor (guitar), Collin Leijenaar (drums), and Kristoffer Gildenlöw (bass)—is entirely new. However, considering the quality of their previous projects (including Pain of Salvation, Affector, and Neal Morse), it’s clear that Scherpenzeel chose well in rounding out the line-up for the new collection. Of its title, he says that aside from expressing how many studio LPs they’ve done thus far, it also “represents that exciting feeling of being 17 all over again, embarking on a musical journey full of expectations.” Indeed, Seventeen is far more vibrant, unpredictable, enjoyable, and steady than it has any right to be.

“Somebody” overflows with sleek and powerful vigor as sharp guitar riffs, dense singing, accessible melodies, tight rhythms, and periodic synth outbursts evoke classic Kayak (as well as the anthemic prowess of Queen, Crack the Sky, Supertramp, and the like). It’s a gleefully electrified rocker whose greatest moment—a cascade of interlocking chants—best demonstrates how well Kayak still upholds its classic identity. Likewise, the subsequent (and nearly twelve-minute) “La Peregrina” is a tour-de-force of emotive songwriting and adventurous yet cohesive arrangements; part piano ballad, part instrumental freakout, and part classical score (all of which are interwoven expertly), it’s a ceaselessly intoxicating journey.

Of course, the rest of Seventeen exceeds expectations as well. For instance, “Falling” is a warm ode (with heavenly harmonies) that recalls Magic Pie, while “Walk Through Fire” is another briskly paced and relentlessly ambitious suite bursting with inventive changes, theatrical playing, and quality songwriting (a combination at which that Kayak is thoroughly adept). Later on, “All That I Want” borders a bit too much on radio-friendly cheesiness, yet its multifaceted glory makes it remarkable nonetheless. Towards the end of the sequence, “X Marks the Spot” provides some cryptic and sparse acoustic splendor (with woodwinds), whereas “God on Our Side” pours catchy carnivalesque liveliness and the penultimate “Cracks” ranks as one of the record’s greatest fusions of mainstream appeal and imaginative intricacy. Expectedly, “To an End,” well, ends the full-length on a dreamily mournful note, with colorfully whimsical timbres and richly introspective vocals uniting to make it feel like a musical soliloquy from a fantasy realm. It’s magnificent.

Few, if any, bands with such lengthy legacies are able to produce something as strong as Seventeen. Sure, Kayak’s first few albums were a bit quirkier and more idiosyncratic and unconventional, but only by a small amount, as they still maintain much of what made them stand out from the beginning. Furthermore, even the safest and most commercial parts of the record are salvaged by a level of complexity, intrigue, and tastefulness that serves as a benchmark for modern production. All in all, Seventeen is a stunning effort that should delight both original fans and newcomers as it tops many ‘Best of’ lists come December.

NYDTyson – If You’re So Smart, Why Are You So Sad? EP