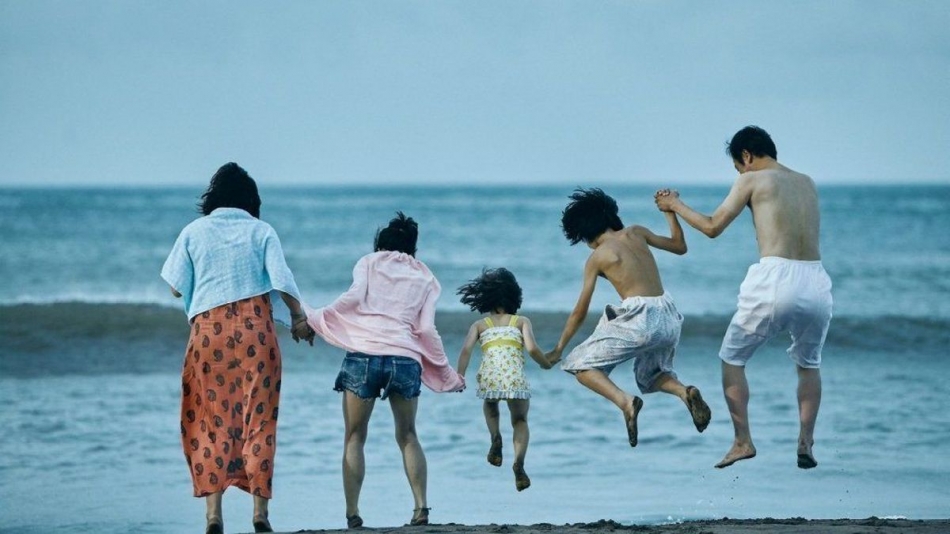 Japanese director Hirokazu Koreeda's innate sensibility for bringing to light quiet devastation and subtle beauty is inherently tied into to his latest film, Shoplifters. Winning the Palme d’Or at Cannes Film Festival, Shoplifters portrays the lives of six individuals living under one roof, joined together by non-conventional familial ties. Relying on the elderly Hatsue (Kirin Kiki)'s small pension and cramped dwelling, couple Osamu (Lily Franky) and Nobuyo (Sakura Andô) make ends meet by teaching a young boy they adopted by the name of Shota (Jyo Kairi) how to shoplift food and necessities. On their way home from stealing one night they recognize Yuri (Miyu Sasaki), a young girl on her lonesome, and take her in as their own after recognizing signs of abuse. Koreeda's natural unraveling of each character and their vast complexities shines a humane light on those that get pushed to the fringes of society and the various struggles they fight to overcome.

Universally we take for granted that those whose lives you're born into indicate that you're bound to each other no matter the circumstances. Furthermore, in Japanese culture you're taught to always respect your seniors and archetypal masculine and feminine roles are closely followed in that the man is expected to grind himself to the ground at work while the woman stays at home to look after the household and children. If you're unable to make ends meet or raise yourself to often impossibly high standards then you may as well be invisible and rendered to the margins. Koreeda explores and deconstructs these stereotypes and assumptions in his culture with having the family in Shoplifters loosely follow preconceived rules, living with multi-generational members in close confines, but respect for one another defies age and choice reigns free as they create their own personal bonds regardless of blood ties.

It would be easy to mark the Shibatas' act of accepting Yuri to their home as kidnapping, yet Koreeda poses the question of whether Yuri has a markedly stronger connection and better upbringing with her new family and learning how to accept unconditional forms of love, rather than returning back to her parents that pair acts of kindness with emotional and physical abuse. Her mother-figure Nobuyo reinforces in Yuri that neglect and mistreatment from family isn't something to be expected, and that if someone truly loves you "they do this", as she holds Yuri for a tight embrace; a poignant and beautifully simple scene that flusters the emotions from subtly emitting an undeniable strength. Teenage daughter Aki (Mayu Matsuoka)'s work at a sex club closely examines the unbearable isolation one can feel when intimacy and human connection are void from their lives. When she has a private moment with one of her clients, it's not a sexual release he craves but rather one of subtle touch and the desire to be understood, releasing the stifling loneliness he's held onto for so long. There's an intrinsic magic that seeps through Koreeda's film in that every act feels flawless and natural and without forcing any kind of convinction onto the viewer, culminating into a powerful and unforgettable piece of work amidst all its sensitivity.