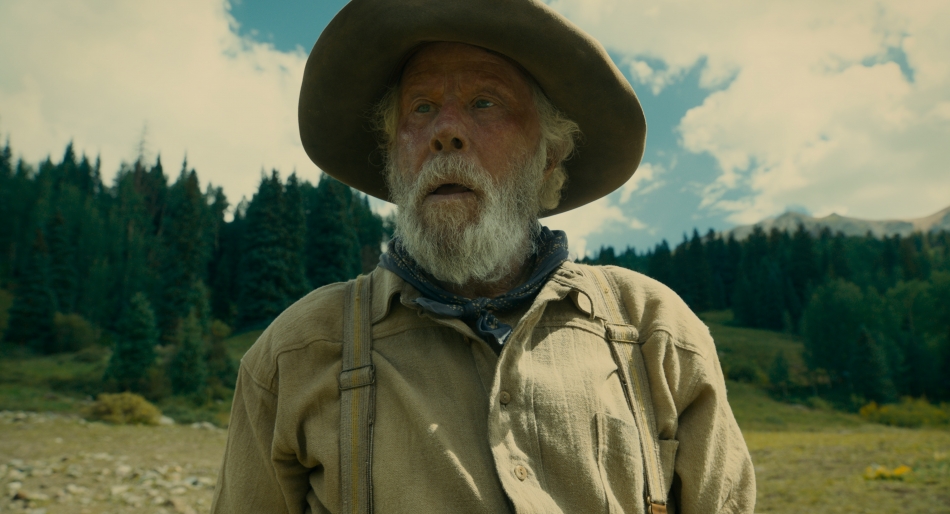 Consisting of an anthology of six stories set during the American Frontier, the Coen Brothers have assembled a remarkable cast to play settlers and outlaws in their latest film The Ballad of Buster Scruggs (available to stream on Netflix). Deftly moving from the uncanny to the devastating, each narrative complete with a fitting color plate plays out as a tale of survival with the directors' inherent humor and absurdity bringing their characters to life. From a wanted outlaw narrowly dodging his fate to a prospector dedicating his remaining days to digging for gold, The Ballad of Buster Scruggs brings to the viewer the well-versed tropes of what it was like for travelers journeying across the Old West while finding a means to live despite the countless odds that fought against them.

Introducing their film with the title's namesake, outlaw Buster Scruggs (played by Tim Blake Nelson) is hellbent on avoiding death at all costs, seamlessly slinging bullets and casually doling out sharp remarks like it's no sweat off his back. With exaggerated shootouts and outlandish songs, "The Ballad of Buster Scruggs" serves to open its compendium with the Coen Brothers' offbeat sense of wit, setting the tone for the rest of the film but repressing much of the hyperbolic humor in their following folk tales. Tom Waits plays an impeccable role as a prospector digging for gold in "All Gold Canyon". Contained amidst gorgeous and sprawling scenic landscapes, Waits' intentions only lie within the cutthroat and tedious competition of finding fortune hidden in his surrounding valleys. With a lone owl to keep him company in the wilderness, he meticulously searches for and eventually strikes his claim, only to have a man lurking in the shadows to literally and figuratively strike him in the back. Honesty and determination are qualities some men abide by, whereas others who adhere to cheating and stealing like James Franco's cowboy character in "Near Algodones" find sly ways to get ahead in life, although it's only a matter of time before luck leaves their side.

One of the most tragic and melancholic stories of the bunch is "Meal Ticket" where Liam Neeson plays an impresario, using a quadriplegic to recite well-versed monologues as they venture from town to town. Their relationship is a symbiotic one; Neeson collects dwindling payment after the boy's theatrical renderings and helps to feed, dress and bathe him offstage. When their outcome looks to be dire, the impresario has his sights set on a chicken with the ability to do rudimentary math causing the town's bustling crowd to cheer and be thoroughly entertained. The tale is a commentary on not only life in the Old West but in our current society and how we tend to discard situations that take a quiet and thought-provoking mentality, instead welcoming in blunt and easily processed means of amusement. While the Coen Brothers' film contains hidden gems of insight and striking performances, several of the segments remain mostly forgettable or obvious (as in their final story for "The Mortal Remains" waxing poetical on death). Their underlying themes regarding an immediate and existentialist fight for survival shine strongly throughout their stories, yet The Ballad of Buster Scruggs staggers and wanes as a cohesive and comprehensive whole.