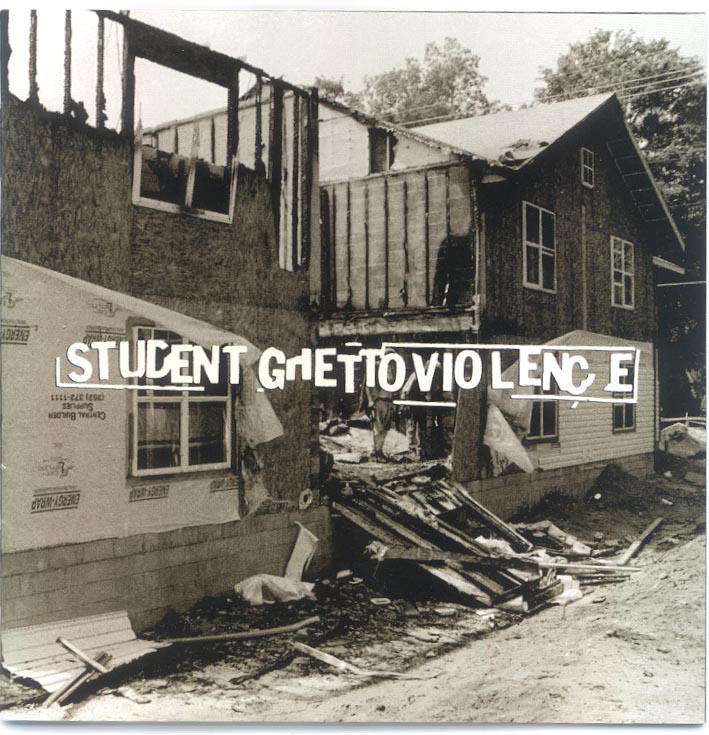 Album Review
Assholeparade
Label: No Idea Records
Reviewed by Janelle
Shit! This is such a great disc. Get this - a complete discography of Assholeparade's recorded material and live cuts (which appear towards the end of the record) ﾖ 45 tracks in all ﾖ clocking in at just-under an hour. Not much more could be asked for, and seeing that the accompanying booklet is full of lots of pertinent extras like info on which release the songs are from, photos, and lyrics, it makes for quite a nice package, indeed.

But for those unfamiliar with Assholeparade, this Gainesville five-piece who started back in '95, play pretty brutal, speedy, chaotic hardcore/thrash bordering at times on grind (see "Mail in Result" with those hellish and gravelly growls). These guys are just all over the place with their explosive, ferocious so-called "fast-core," made all the more insane with great demonic vocals, which are coupled with growls every now and then, as on songs like "Back-Up System", "Ava", "At Loss", and the aptly-titled "Gurgle Forth".

Though all the songs are noteworthy, some that are more interesting are "At Loss", which is just a sick and manic 20 seconds of madness, while "Wendels Squirrly" is a fucking four-second burst of noise/nonsense. Some really great songs are "Armsling", "Loose Lips Sink Ships", the slower, moody instrumental "Hash Thrash", their cover of No Win Situation's "Back-up System", and ah yes, THE creme de la creme "Mopheadboy", which is a perfect example of how well they can mix up tempos and styles, as it goes from fast to superfast to fast to slow and sludgy. Lyrically, the guys are pretty socio-politcal, as they touch upon serious issues, such as senseless violence ("Prelude to Ignorance"), the stupidity of war ("Soldiers"), and more than once make their religious views clear on songs like "700 Years" and "At Loss", which begins with the telling line: "There is no god." However, they still manage to keep their sense of humor intact with the abundance of audio clips from movies that more often than not deal with pot (i.e., 'Friday'). Long story short - 'Student Ghetto Violence' is one record that will be greatly appreciated by anyone who likes harsh, visceral hardcore.

The Shrooms, La Bestia, a six pack, a some dudes backyard