The Afghan Whigs - “Do to the Beast” 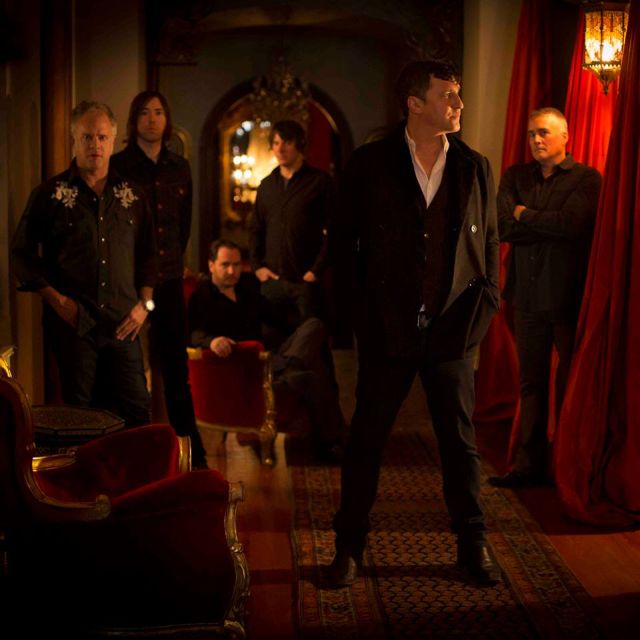 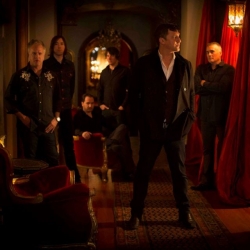 Greg Dulli and company come roaring back to life as a band after an over-15-year absence on a restless and riveting album.

The Afghan Whigs comes roaring back to life after an over-15-year absence as a band with the just released “Do to the Beast” on Sub Pop Records.  This time around main man Greg Dulli is flanked by his stalwart cohorts like co-founder John Curley (but minus original lead guitarist Rick McCollum) and incorporates a roster of guest artists that includes Van Hunt, Alain Johannes, Clay Tarver, and Mark McGuire.

Gregg has not been silent all these years.  He’s crafted 5 studio albums as founder and frontman of The Twilight Singers, created his solo album “Amber Headlights”, and collaborated with kindred spirit Mark Lanegan as The Gutter Twins.  “Do to the Beast” comes across like the next logical sonic step after The Twilight Singers’ 2010 album “Dynamite Steps”, as opposed to an evolution of The Afghan Whigs’ previous album from 1998 titled “1965”.

“Do to the Beast” is a densely textured, restless brew that roils with churning, but precise guitar lines and drumwork and boils with Greg’s burning reflections on lost connections, sin, regret, redemption, and mortality.  A hoarseness has crept into Greg’s voice, but it does nothing to dampen his perpetual agitation, which is mirrored by the continually kinetic instrumentation.  Greg’s vocal range has also expanded, allowing him deliver his lyrics with a more nuanced and yearning intonation and emotional vulnerability.

None of that can be discerned, however, on the forceful opening track “Parked Outside” as a riled up Greg rails sharply amid a cyclic marching tempo and ear-piercing guitar stings.  The sound continues in lean, mean, rhythmic machine mode for next tune “Matamoros” with the guitars, and Greg, in turmoil once again.  Standout “It Kills” changes the pace, beginning calmly with a fast-ticking clock (Or is it a bomb?) and clean piano notes, but only leads to Greg gently exclaiming “It kills to watch you love another.” against crackling guitar frisson. The song intensifies further with electrifying falsetto crescendos from guest vocals from Van Hunt.

Lead single “Algiers” melds Spanish and 1960s Girl Group sonics to showcase the smooth beauty within the rocky upheaval, as an emotive Greg sings in a higher, softer register to “Dream your sins away / Sin your dreams away.”, as he tries to pick between paradise and loneliness amid castanet clacks and a succession of strummed, buzzing, and reverb guitars.

All of the songs on this album teem with various instruments that appear and disappear, take shape and then fade away, and the moody, but then too noisy “Lost In The Woods” is no exception.  Greg sings in a cooing tone that “You know me by now.” as lower-scale piano notes follow him closely.  The tune opens up with lightly circling guitar, some fiddling strings, and a tapping beat, but eventually the sonics are piled on high, with a found sound clip and dissonantly sawed strings introduced to the mix.

A respite comes in the Ruby Throat-like form of “Can Rova” with its slide guitar and hushed vocals from Greg.  But it’s all the more disquieting to not hear Greg vehemently ranting!  Sure enough, this effect is short-lived, as the pace builds up with fast castanet clicks, doubled vocals, and a variety of drawn out string and other instrumental excitation (Banjo?  And mandolin?  And harmonica maybe?).

“Royal Cream” returns to the rock with a repetitive, reverb guitar whirl, crashing cymbals, and Greg’s raw vocals front ‘n’ center.  Album closer and highlight “These Sticks” features a “Hotel California”-like burnished sunset guitar motif as Greg successively sing-talks, exclaims, and lets it all out in pressed-to-the-edge wails, before finally dissipating to a languid end as he breathes “I’ve come to make you pay.”…