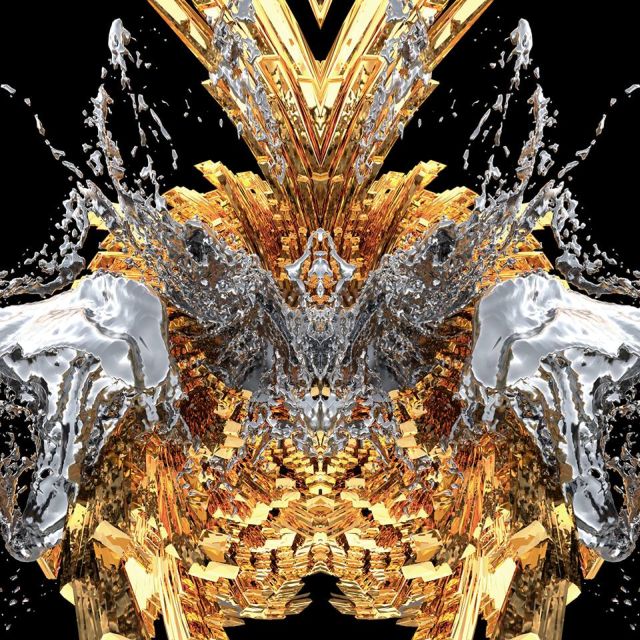 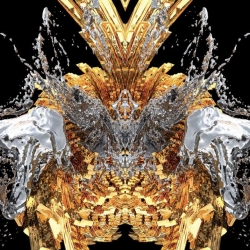 The U.K. trio rules with a super-tight set of rousing rockers and reflective ballads graced with sublime vocal harmonies.

U.K. rock trio Band of Skulls is back with another set of invigorating rockers and contemplative numbers on “Himalayan”, which was released on April 1st on Electric Blues Recordings.  All of the compositions are super-tightly structured and timed, rife with sublimely entwined vocal harmonies, and reference select eras of American rock ‘n’ roll without sounding like musty retreads.

Russell, Emma, and Matt know when to let loose and when to hang back, creating tension and catharsis within a song, whether it be a bold rocker or an understated ballad.  The band hit big with its debut album “Baby Darling Doll Face Honey” in 2009, a sonic statement of intent that was simultaneously retro and fresh, with the band members getting inventive within the confines of the rock genre.  Stop-on-a-dime guitar and drum dynamics, choir-like vocal melodies, and a mix of raw vulnerability and rousing defiance ruled that album.

On “Himalayan” the bandmates continue to rev down this road and are not afraid to explore emotive depth with their lyrics and vocal delivery like on the radio-friendly, smooth crooner “Nightmares”, or to strut their stuff and lay down a kicky beat and some gear-grinding riffs through a quick-change tune like lead single “Asleep at the Wheel”.  While not every song fires on all cylinders, highlights include the title song with its funky, sauntering groove, sliding vocal harmonies, and electric guitar push, and “Hoochie Coochie”, an old-time rock ‘n’ roll number replete with relentless piano rumble, well-timed cymbal crashes, and outta site slingshot vocals on the chorus.

The grimly-named “I Feel Like Ten Men, Nine Dead and One Dying” also engages with a rollicking wallop of surf guitar reverb, clean tap of drumsticks, lightly swooping vocals, and heavily heaving guitar riffs on the chorus.  The band takes a risk with the 1970s-steeped, singer-songwriter ballad “Get Yourself Together”, which closes out the album.  Picked and strummed guitars back Russell, who lays it on the line emotionally with heart-on-the-sleeve vocals imploring “Ask my broken heart for the damage.”  Sweet-sad, extended, squiggles of synth notes round out the sound.  It’s a bit too old-fangled and there is questionable use of certain instrumentation, but the reward is a touching connection between Russell and the listener.

And while the band has earned its reputation as a kick-ass live rock act, it turns out that the standout song of the album is in the same vein as the album-ender.  The exemplary “Cold Sweat” is a stirring ballad that starts off with a slow, reverb beat and then incorporates suddenly whipped up cyclonic sonics on the chorus sections.  Poignant strings and delicate, bell-tone tings surround Emma as she sings in a forlornly wistful, emotionally fragile, high register “How can I sleep / when nothing is enough?”.

The Afghan Whigs - “Do to the Beast”