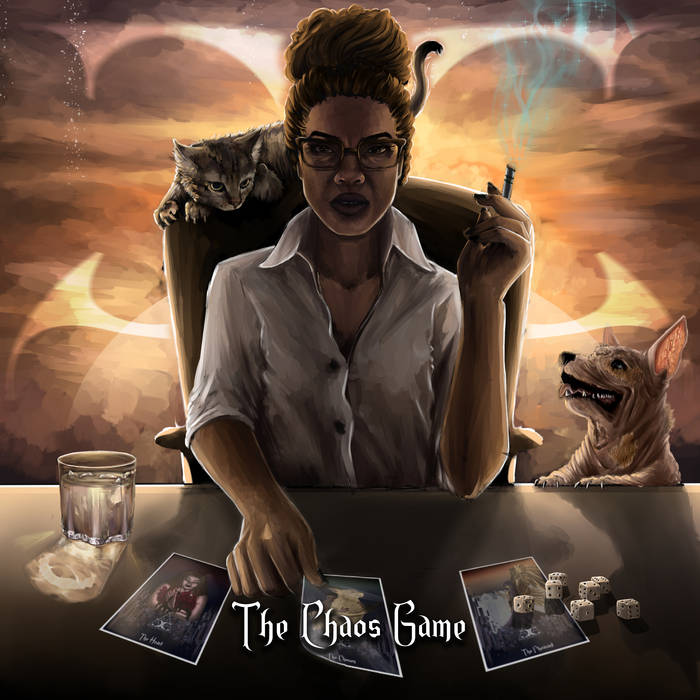 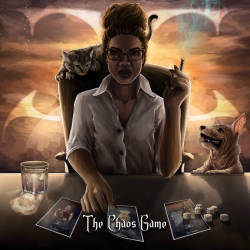 The Chaos Game is a mind-bending first full-length effort that deserves its place amongst analogs like Bubblemath, Knifeworld, Diablo Swing Orchestra, and Frank Zappa.

Philadelphia and New Jersey are home to some superb modern progressive rock and metal artists (In the Presence of Wolves, Shadow Merchant, The Madeleine Haze, and most famously, Thank You Scientist, to name a few). On their debut full-length, The Chaos Game, Delran outfit Cabinets of Curiosity earn their place as the next great act in that group. With their invigorating blend of theatrical vocals and eccentrically playful and complex instrumentation, the band recalls artists like Knifeworld, Bubblemath, Dirt Poor Robins, Gandalf’s Fist, King Crimson, Bent Knee, and Diablo Swing Orchestra without ever feeling derivative. On the contrary, The Chaos Game is yet another example of how some of the most striving, creative, and accomplished progressive music is being made by newcomers rather than veterans.

As for The Chaos Game itself—which they’d be working on since before 2016’s cleverly titled EPonymous EP—it’s based on Hornyak’s in-progress novel about “the trials of a young paralegal as she’s faced with the tall task of destroying, recreating, and preventing universe from ceasing to exist—and she can’t complete her mission until she blows up a mountain.” Narratively and sonically, then, Cabinets of Curiosity fit right into the palm of the genre by providing a madcap concept album (with deeper, more serious and applicable undercurrents) full of imaginative scores, virtuosic playing, and attractive melodies and lyricism.

Opener “Death, She Walks On” immediately establishes Hornyak’s distinctive—and marginally divisive, I would assume—timbre and knack for vocal arrangement. An exaggerated splurge of interlocking multirange singing, it’s a remarkably intricate yet inviting way to set the stage and showcase her talent (not only in terms of methodical prowess but also in terms of dramatic and emotive characterizations). Luckily, she maintains this impassioned thespian presence throughout, with particular eminence on tracks like the histrionic, tragic, and bouncy freak-out “Fractals & Coastlines,” the dreamily sobering piano ballad “In a Day” (which also features vocal rounds), and the relentless rocker “The Chemist & the Engineer.” She also has a few spoken word passages that add personality and make the LP feel more like a continuous and focused chronicle (tip: never forget that being “stingy with the gin [is] an insult”).

Of course, a solid singer is only half of the equation, and fortunately, The Chaos Game oozes inventive, almost chameleonic constructions every chance it gets. Ranging from bombastic jazz fusion (“Angular Sterility,” “Timeless Sound”) and celebratory chamber rock with handclaps (“The Chemist & the Engineer”) to more downtrodden orchestral passages (“Nowhere Near the Blade”) and apocalyptic soundscapes (closer “There Will Be Turrets”), the sequence never stops stunning. Singling out each spotlight moment from each player would be quite exhaustive and tedious—trust me, there are a lot—so suffice it to say that there’s rarely a moment on the LP that doesn’t impress with resourceful, striking, and communal instrumental expertise. (To be fair, some of it starts to run together due to there being so much seemingly freeform experimentation and adventurousness. Even then, it never ceases to captivate, however, so it always works.)

The Chaos Game is a mind-bending first full-length effort that deserves its place amongst the aforementioned analogs. Granted, Hornyak’s idiosyncratically operatic performance may not work for some listeners, but those who can get on her wavelength will surely find her style exploratorily bold, skillful, and appropriate. Likewise, the music could be more individualized at times, but that’s a minor overarching critique based on a handful of instances; the vast majority of the album is incredibly inspired, surprising, adaptable, elaborate, and welcoming. Together, the troupe has created an outstanding record whose retro modernizations and general self-assurance are second to none. Here’s hoping The Chaos Game makes them a household name in the progressive rock landscape ASAP.