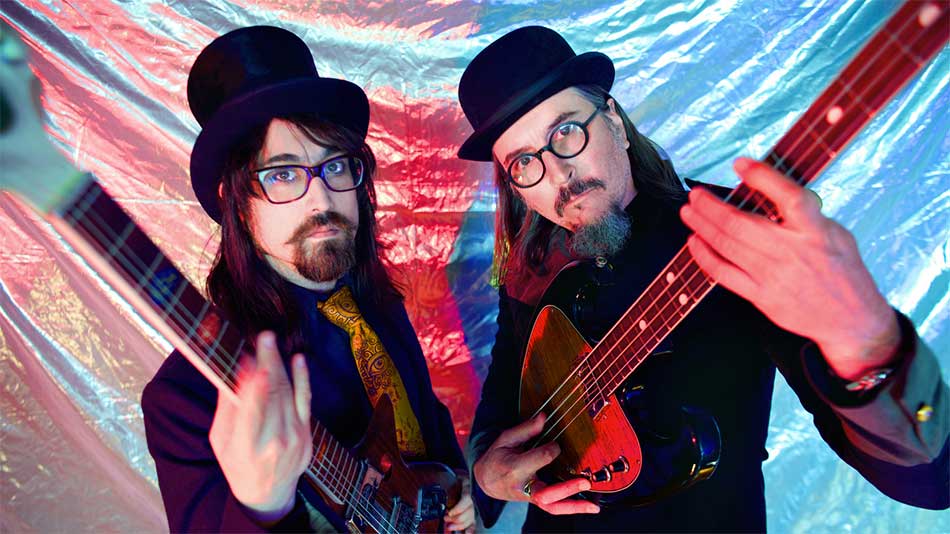 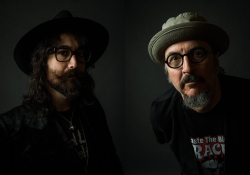 Sometimes, when two things mix together, the results can be disarming. Case in point, the savages who think lemon and chocolate is delicious. But then there are those chocolate and peanut butter moments that make your insides gush with pleasure. The Claypool Lennon Delirium is one of those pleasure-gushing combinations that manage to do everything right. And when you’re done with that moment of ectasy, you wonder – how did we go so long without knowing this was possible?

Out on tour supporting their stellar second record, South of Reality, The Claypool Lennon Delirium rolled into Emo’s, one of Austin’s premier live music venues and delivered clinic on combining the elements of the weirdest, best Beatles, a dash of Pink Floyd, some Primus vibes and a whole lot of 70’s prog-rock ala Emerson, Lake, and Palmer, and King Crimson. And boy, were a lot of stoners, middle-aged white dudes psyched as hell.

Get out there and get your weird on, you won’t regret it one bit.

To say that crowd at Emo’s was a mixed bag would be putting it lightly. Giving themselves over to a sold-out room, the people who came to see Les Claypool and Sean Lennon were all of all walks of life, from jam band burnouts complete with white dude dreads, a few punk rockers and everyone in between. And by everyone in between, an intense amount of Claypool die-hards who came to see their funk lord and one was so psyched, he managed to yell an excited “thank you” after every song. Every single time.

Uni, the opening band, brought their carnival-like, Bowie influenced rock and roll, which the room seemed to dig. They took a few musical detours and got downright strange, but kept everyone on board, which as the opening band takes guts. The singer wore a suit and gloves, and in hot-ass Austin, I applaud him for his dedication to his craft. I was sweating buckets in Dickies pants and a black t-shirt, let alone slacks and leather around my fingers.

When the headliners made their way to the stage, the air-bass playing dudes were ready. For the next almost two hours, the duo never let up and played a collection of tracks from the newest record, South of Reality but also their first, Monolith of Phobos. All of the songs you’d want to hear were there, “Easily Charmed by Fools,” “Little Fishes” and the fantastic album opener, “Blood and Rockets.” The later was sonically perfect as the band tore through a jazzed-up version that went a little out there, but remained wildly entertaining through the trek. Definitely a highlight moment of the show.

While it’s easy to be dismissive and think The Claypool Lennon Delirium is “Primus light” with John Lennon’s kid, it absolutely is not. Sean Lennon’s got riffs. He very much kept up with Claypool. The songs are oddly constructed, but beautiful. This project is everything we’ve ever wanted from Sean, because it’s always seemed over the years, depending on what he was sinking his teeth into, he was avoiding sounding like his dad. On this record, and with this band, Lennon embraces the legacy of the natural timbre of his voice and allows himself to sound like John without being heavy-handed or hokey.

While Les Claypool did give everyone plenty of “slappin’ da bass” moments that his fans were there to see, the show wasn’t about him – it was about them, all four of the members of the group. Lennon and Claypool’s stage banter was excellent, you can tell they genuinely enjoy one another, which is nice. They’d make little jokes and keep the vibe in the room loose and whimsical, which is nice considering the social climate and everything being so serious all of the time.

While they dipped into plenty of their own music, the duo slipped in a few covers, King Crimson’s “The Night of The Crimson King,” Syd Barret-era Pink Floyd “Astronomy Domine.”

But the two standout moments weren’t expected whatsoever, one being the closer of a long tripped out rendition of Primus’ “Southbound Pachyderm” and an absolutely bonkers cover of the Beatles “Tomorrow Never Knows,” the last song on the classic Revolver, and one of their best songs, ever.

If you haven’t heard The Claypool Lennon Delirium, you need to. The record, the live show, the experience is worth the hype. The duo wasn’t expected but absolutely appreciated. Get out there and get your weird on, you won’t regret it one bit. You might even run into a few dudes screaming, “Thank you!”