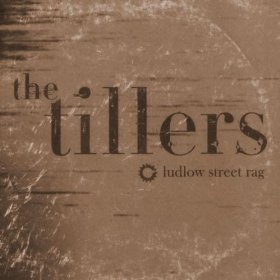 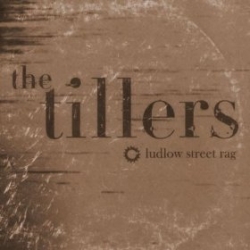 Three Cincinnati boys who were punks against fascism for 8 years until Mike read in a punk mag that Woody Guthrie was more punk than punk. They chucked the amps for a string bass, banjo and guitar and set out to remake history.

"Do you know the difference between education and experience? Education is when you read the fine print; experience is what you get when you don't."
~ Pete Seeger

Back at Café Wha? when Robert Zimmerman was a bit of a pest singing Woody Guthrie covers with a made up name "Dylan" and the Almanac Singers had a hit with a Disneyfied version of Huddy Ledbetter's "Good Night Irene," these boys were a couple of generations from taking their first breath. Back then most everybody sang covers with varying ability and cloying earnest sincerity, and that was a risk you had to take if you wanted a beer in a folk club. Some had the spirit and couldn't sing, and some pretended to be Irish and sang well while feeling false. If The Tillers could pop back then in New York at that hip spot they would have made a lot of folkies in their turtlenecks happy they got out the house to smoke a joint and drink a beer. These boys sing well especially in harmony, play it right with no showy embellishments, and have enough grit to sing a union song even if there were coppers brandishing billy clubs at the door in any small town with a brewing class war.

Sean Mountain, Michael Oberst and Jason Soudrette are not the singing history lesson that some folk cover bands have become. Michael and Sean were bona fide members of Punks Against Fascism in their early bands, with that amplified sound of fury and a spirit that could rage against the machine while rejecting racism and the false rush of skinhead bigotry. One day Michael read an article in a punk 'zene that advocated taking country back, with a healthy nod of respect to Woody Guthrie and Pete Seeger, and discovered that these icons of folk were "more punk than punk." He found a kindred spirit in Pete Seeger. Imagine that!

Michael's back story is one of responsibility since the age of 13, emotionally supporting an abandoned mother with bone and blood cancer, and taking bus trips to a St. Louis hospital while other kids were playing video games and watching The Simpsons. He knows the value of healthcare and a living wage from far too young. After a conversation late into the evening, Michael showed me the new tattoo he got on his shin. It said "Bound For Glory" and the image of Mr. Guthrie. Each of these men have a story to tell. One of their best pictures is captioned, "Colorful Wonderland of Doom." The Tillers were born from the outrage expressed in Woody's guitar with its slogan burned into the wood, "This machine kills fascists."

When local working class patrons of the Parkland Bar & Grill saw that the first band in 60 years was walking in the door at 10:45 p.m. on hump day, a skeptical gray haired man looked up from his beer and wanted to know, "Wha?" He asked me if I liked these guys, and I said "Yep." By the end of the night these boys had made enough money in tips and CD sales to match the usurious renegotiated fee they had been asked to accept at a venue owned by a ubiquitous chilly establishment. One workingman left with two homemade CDs signed by each of the players. Another man made sure his name was on the mailing list and said he'd be their groupy. It's a rare three-piece cover band that can win the hearts and minds of a workingman in his local bar. An original they sing about Highway 50 calling them away from home sings fits fine among the classics. When the band sang the union song, "Which Side Are You On?" a woman looked up from her beer to shout "That's right!" That CD contains the spirit of Woody Guthrie.