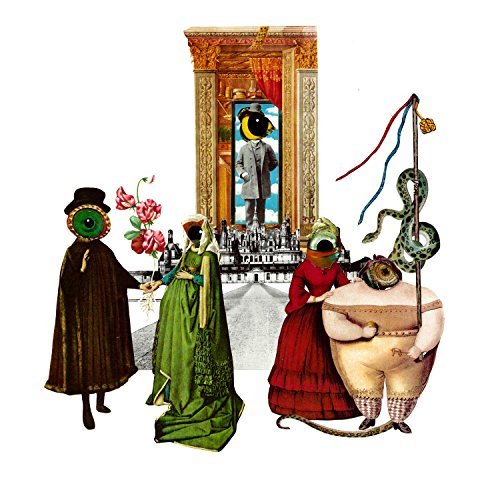 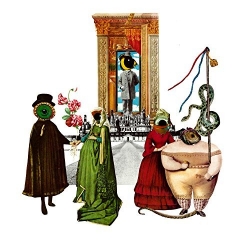 Album Review
Five of the Eyes
Reviewed by Jordan Blum

Rather than shake up the status quo in a significant way, The Venus Transit utilizes stylistic trademarks to their fullest potential.

Formed in Portland, Maine a few years ago, progressive rock quintet Five of the Eyes aptly describes its vibe as “the love child of Jeff Buckley, The Mars Volta, and Incubus . . . [that] had an affair with Queens of the Stone Age.” Indeed, the group’s debut LP, The Venus Transit, oozes traits of all those acts, as well as others who captures a similar sound, like Closure in Moscow, Good Tiger, and Circa Survive. Fortunately, however, the band pulls it off so well—and includes enough originality in the mix—that the record is still colorful, frantic, imaginative, and catchy enough to appeal. After all, this kind of music has become its own subgenre of progressive rock, and for a first full-length effort, The Venus Transit is immensely ambitious, confident, and promising.

A follow-up to 2016’s sophomore EP, Hierophantasm, The Venus Transit finds producer and engineer Jonathan Wyman taking Five of the Eyes’ artistry “to stunning new heights.” Likewise, frontman Darrell Foster confesses that writing and recording the album “consumed all of [their] lives to the point of complete obsession,” while guitarist Tim Meehan views it as his “greatest achievement as a musician thus far,” as well as a cathartic experience since he was able to “inject every thought and emotion” he had into it. Without a doubt, their passion, skills, and determination shine through in every moment, so while The Venus Transit does pack a familiar punch, it’s also one of the best records of its kind this year.

Distortion bleeds into frenzied percussion (via Peter Griffith) and guitarwork (via Tim Meehan and/or Ned Rich) as “Atmosphere” welcomes you into the sequence. From there, interlocking arpeggios battle over an inviting bassline (courtesy of Thomas Meehan) while Foster pierces the air with poised outcries that, like those of forerunners Cedric Bixler-Zavala and Anthony Green, simultaneously convey youthful fragility and mature aggression. As you’d expect, the song’s chorus is perfect for a sing-along, and as usual with this style, the ways in which the intricate arrangement moves around the vocals—as well as fluctuate intensity—are incredible. As with just about all of The Venus Transit, “Atmosphere” sticks to conventions of the subgenre, but it also pulls those conventions off extremely well.

“Wasteland” creeps in so well afterward (with one of the most enticing riffs on the record) that it feels like a seamless extension of the opener instead of an isolated track. The band really reveals its heaviest sides here, too, with crushing syncopation and in-your-face chords building great momentum from start to finish. Of course, similarly hostile moments appear throughout the remaining selections; whether it’s the energetic shifts within “Lust to Dust” or the multifaceted urgency of closer “Delta,” listeners hoping for highly technical and multifaceted panic will not be disappointed.

That said, Five of the Eyes also fills The Venus Transit with a lot of softer and sparser treatments that not only offer class and beauty in and of themselves, but also serve as treasurable contrasts to their more brutal counterparts. In particular, “Mirrors” finds Foster layering his vocals to deliver heartfelt lyrics (“You woke me up / To burn me down / The only time I feel alive / Is in the heat / Reaction creeps / I want to burn this city down”) and fetching melodies as strongly as possible on top of delicate drumming and guitar lines. Later, “Passenger” is a somewhat bluesy ballad at heart that conjures the kind of dynamic desperation acts like The Dear Hunter and The Reign of Kindo do so well, whereas the penultimate “Monsoon” is probably the most straightforward entry here, yet its pleading sparseness (including lovely harmonies) makes it quite impactful nonetheless. Together, these passages prove that Five of the Eyes is just as adept at creating moving movements as they are at yield tricky assaults.

Rather than shake up the status quo in a significant way, The Venus Transit utilizes stylistic trademarks to their fullest potential. While that is a bit disappointing since genre fans have heard this stuff before, there’s no denying that Five of the Eyes does it as well as—if not better than—any of their peers. In addition, each member adds enough individualized flair to stand out and make it feel sufficiently their own. All in all, you won’t discover much newness here, but if you’re looking for more of this kind of sound, you’ll find plenty to enjoy and admire here.